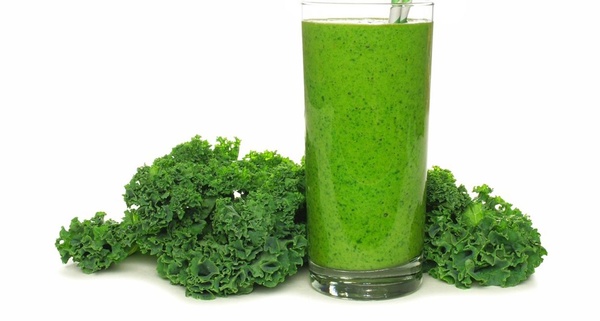 Hopefully they’re crunching,” whispered Ken, as we walked toward his neighbor’s patio. It was after 2 a.m., and the moon was bright. But inside the jungle it was dark and loud, scurrying with rodents, crowing chickens, warring cats, horny frogs, and assorted other creatures, in addition to our prey. We trained our ears into the jungle, trying to screen out the noise and detect a signal, the sound of a wild pig eating a macadamia nut in its jaws. It sounds a little bit like a small explosion, a gunshot with the volume turned down, or perhaps it’s the sound a bullet would make hitting a large rock. Pigs have become such a problem in Hawaii that locals are encouraged to go after them and given broad latitude when it comes to concepts like “fair chase.” Pig hunting may seem like an odd way to introduce an article on green smoothies, but they have more in common than you might guess. It all comes down to that crunch.

Gaining access inside a macadamia nut, or macnut, as they are called here, is no small feat. Even for humans, it isn’t a leisurely activity like shelling a walnut. The shell is not only harder, but rounder and smoother. What would be an all-night project for a rat is accomplished in a single chop for swine. Ken says bigger pigs make louder crunches.

In addition to giving a clue as to the whereabouts of a pig, and an impressive feat of strength and mouth agility, that crunch is also the sound of plant energy being accessed, despite the best efforts of mac-nut evolution. A pig eating a mac nut has a lot in common with the sound of a Vita-mix or other high-speed blender. For one, they are both domains that Ken has mastered to varying degrees. And they are both examples of plant fiber being physically broken so innards can be attained. If only we could do as much to a pig.

Plants, Ken explained, are about as nutritious as you can get. Nutritious enough to allow large animals like giraffes and elk to attain their full sizes. But animals that rely solely on plants usually have an angle on squeezing out all of their goodness. Cows have four stomachs. Some animals just chew, and chew, and chew. But with human digestive machinery, simply swallowing some plant material and waiting for your stomach acids to break them down isn’t going to get you very far, explained Ken, who whizzed up midnight green smoothies in between our bow-hunting forays. I had just placed my cup on the patio when I heard a sharp pop. Ken held up one finger. “Crunch,” he said.

It was followed by more crunching, from more than one pig. They sounded like a family of Rice Krispies on steroids drifting toward the shooting lanes Ken had cut into the understory of his neighbor’s neighbor’s forest. I began to wonder what kind of crunch those jaws might put on my leg. Ken drew his bow and flicked on a green spotlight, revealing an 80-pound boar. There was a swish of and the blue streak of a flying arrow, which had a glowing nock. The arrow went through the pig’s neck, using the layer of fat above the spine as a pivot, around which the arrow changed course, and flew another 20 yards. It was covered in a sheen of grease – from the top of the neck, Ken believes – but no blood, and alas, the pig was nowhere to be found. Apparently, crunching mac nuts gives you quite the neck.

Unless you chew your greens all day, you only get the plant juices from the cells that are actually broken, Ken explained, relaying information from the 2004 book Green for Life, which got him onto green smoothies in the first place, long before hunting came along. Animals that get more out of their greens have a system, like the four stomachs of ruminants, to extract more. But with a high-speed blender along the lines of Vitamix, Blendtec or Breville, which have pulled away from the rest of the pack, you can bushwhack your way through a jungle of greenery without spending the whole day chewing your cud.

In a very interesting three-way comparison between the cream of the high-speed blender crop, kale was used as the control. With so much fiber, making a kale and berry smoothie is the true test. Lesser blenders can’t break enough cell walls to make the smoothie green, and it remains purple from the berries. Those impenetrable plant cell walls are the result of an evolutionary arms race between plants that want to keep their juices and animals that want to eat them. In both cases, indigestible plant fiber is used to protect valuable stores of plant energy and nutrients, from animals that want to eat them.

A pig crunching on a mac nut is the animal world’s answer to the high-speed blender. Or maybe it’s the other way around. In any case, we eat the contents of the blender, like we would eat the contents of a macadamia nut-fattened pig. “One helps clean out the other,” Ken suggested, pointing to his belly.

As we all know, green smoothies are a way to easily consume a lot of greenery, giving us the bowel cleansing assistance of fiber, as well as many other benefits of leaves, without the work of chewing. In hopes of determining just how prohibitive that work is, Ken made a green smoothie with kale, parsley and other greens, and ice to keep it from heating up, but no fruit or creamy stuff. (If you are adding fruit and yogurt or whatever, add that last). The unsweetened smoothie was richly bitter, dark, very liquified, and the kids drank it up, consuming huge quantities of greens without the benefit of buffers like mango or banana. Granted they are my kids, so their palates are well acquainted to bitter, but I still take this as evidence that it’s the chewing that keeps people from downing more greens, rather than the flavor.

Green for Life, which I’ve checked out online and plan to order, also contains a chapter on savory smoothies, which is very relevant to my interests. These ones contain ingredients like cilantro, nettles, tomatoes, garlic, ginger and whole limes, peel and all. The author, Victoria Boutenko, sometimes refers to these savory smoothies as cold soups, which is what they are, essentially. Many of them would be really good served with pig. If only Ken were as good with a bow as he is with a Vitamix.