In defense of the vegan caveman 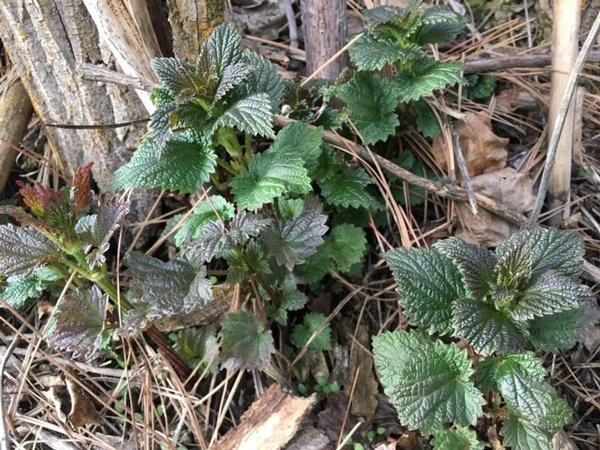 The Paleolithic diet, in recent years, has swept America off its feet – or clubbed us upside the head and dragged us around by our hair, so to speak. The idea of consuming a diet based on what early humans might have eaten has captured the imaginations and bellies of many, including the scavengers.

The paleo industry is closing in on $300 million in sales annually, according to a trade group known as the Paleo Foundation. Paleo products include personal training and specialized gear like finger shoes, but most of the sales are in goods of an edible persuasion. They include a dizzying array of Certified Paleo foods like granola, mushroom coffee, cold-brew wellness tea, Filipino pili nuts with Himalayan sea salt, Mastodon Paleo Natural BBQ sauce ... I think you get the pictograph.

The Paleo Foundation website says there is even a growing Paleo/Vegan crossover market. At first this sounds like a joke. Are we talking free-range Tofurky bone broth?

I guess I’ve taken it as a given that our ancestors were feasting on wild game 24/7. But in many primitive societies, past and present, anthropologists have noted that the village gatherers regularly outperformed the hunters.

A collection of DNA, carefully scraped from the teeth of Neanderthals, tells the story of diet diversity that varied by location. Some of the teeth did indeed display the microbial fingerprints of a meaty diet – wooly rhinos and wild sheep, specifically. But bits of dental plaque from other individuals showed no evidence of meat whatsoever. Instead, they suggested a diverse diet of things like mushrooms, tree bark, pine nuts and moss.

It suggests fiber, in its many forms, might be an unsung player in a real paleo diet. Perhaps even swept under the rug by the Certified Paleo steak and lobster contingent. But it isn’t hard to imagine that more plants than animals were eaten, day in and day out. Maybe the paleo vegans were a thing after all.

The low-carb part of the paleo diet is less up for debate. Prior to the invention of agriculture, processed carbs simply didn’t exist. No Twinkies and pasta and sugary drinks, obviously, and even the fruit and berries they ate were less sweet than today’s fruit. The paleo diet is hardly the only one built on a low-carb foundation, but only paleo can lay claim so perfectly to that theoretical underpinning.

Most Americans eat more sugar and processed carbohydrate than they need, which is why so many of them respond to a low-carb diet.

Movement and exercise is something that our paleo ancestors had plenty of, but modern man tends to be more of a slacker. Some people climb trees or go to cross-fit for their paleo workout, but you can’t get much more primal than foraging. It gets you moving in the fresh air and engages your primal senses.

You approach the landscape differently when you forage then when hiking. More like a predator, and less tourist on a trail. More time crashing through the brush to where the landscape says they might be. More time staring at the ground, which is good because they are probably under your nose – sort of like paleo vegans. But be careful when approaching – they are friendly but startle easily.

Springtime is an especially good time to forage, because the landscape is rich in edible shoots. Winter is historically a tricky time to get your vitamins and minerals, and the young, often bitter sprouts that push up through the mud have long been a source of a “spring tonic.”

Nettles are among the first edible plants to emerge. They evoke caution, thanks to their being covered with silica hypodermic needles full of formic acid, aka ant bite venom. Cooking them will take care of that problem, and what is left is a nutrient-dense plant full of forest umami and spring tonic. And fiber.

They hang out in spots that are moist but not wet, in areas that are open but not super sunny. Deer tend to keep a wide birth, leaving the plants around nettle patches a bit overgrown.

When you find some, snip off the top few inches, just above a joint – like topping a basil plant. Use gloves, scissors or your bare hands to put the nettle tip into a bag. The tingling isn’t that bad, and vanishes quickly. Some people even think a few nettle stings can cure various ailments, like nature’s acupuncture.

A good way to start eating nettles is to first blanch them in boiling salted water, where after 90 seconds the formic acid injectors irreversibly wilt. Immediately transfer the blanched nettles to a pot of ice water to keep them bright green. From there, any number of options await. Drizzle them with olive oil and soy sauce, or grind them into pesto.

Or make this nettle soup. It doesn’t prove that paleo-vegans exist, but it does prove that if they do exist, they eat well. The addition of nettles to what is, admittedly, an otherwise ordinary bowl of soup imparts a deep, forest green color and a full, rich – dare I say wild – flavor.

One large onion, sliced
Two large carrots, sliced
Three stalks of celery, sliced
One clove of garlic, grated or pressed
Olive oil and/or butter
Mushroom stock
Freshly gathered nettles
Cumin, garlic powder, salt and pepper
Saute? onions in butter or olive oil (or both). When they are translucent, add carrots, celery and a quart or so of stock, and simmer, with about a teaspoon each of cumin and garlic powder. Meanwhile, blanch and shock the nettles.

When the carrots are soft, add the fresh garlic, stir it around and kill the heat. When cool enough to blend, puree the whole thing. Puree the nettles separately and stir them in. Adjust seasonings. Serve with a big-ole dollop of Vegenaise.