Leaking the truth about FDA approvals 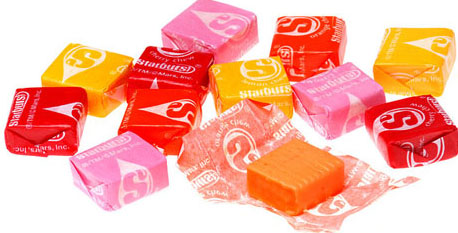 In June at the Aspen Ideas Festival, six former FDA commissioners agreed that the agency has been hobbled by red tape, special interests, partisan politics and its own flawed structure. The FDA receives funding from USDA but reports to the Department of Health and Human Services, which like many agencies tends to make a 180-degree turn every four or eight years. “The micromanagement from on top has probably gotten to the point where an independent agency is necessary,” former FDA chief David Kessler said in Aspen.

Another problem is the influence that private interests have in the evaluation process. The FDA curates a list of food additives that it generally recognizes as safe. The list is supposed to help protect the public’s safety, but Kessler bluntly called it “a joke,” because industry often gets to decide which substances get on the list.

This process, so convenient for industry, is one reason why the joke might be on the consumer. There is a long list of substances that are legal in the U.S., despite being illegal in other countries. Some of the entries on the legal-here-banned-there list sound scary such as the now infamous azodicarbonamide, which is found in yoga mats. But weirdness does not equal toxicity. But there are some, like the three discussed here, that make you wonder if these commissioners might be onto something.

1. Olestra - Perhaps the most fitting example of FDA constipation is the story of olestra – brand name Olean – a $200 million investment by Proctor and Gamble into the development of a zero-calorie polymer that tastes like fat but isn’t digested. Instead it passes through you.

Oh does it ever.

But even as the complaints piled up, the agency chose to drop the labeling requirement in 2003. While illegal in Canada, the E.U. and many other parts of the world, olestra continues to be used in some products like Frito-Lay light chips. In 2006, the Center for Science in the Public Interest threatened a lawsuit against P&G. They settled when the company agreed to re-label its olestra-containing products.

The new label came to the attention of a Reddit Wiki user, who goes by the handle Leadstripes. In an archived discussion, Leadstripes discusses what the label discloses: “...in tiny print you can’t read without a f—king electron microscope that the primary ingredient is something called ‘olean’ which I have since learned is Latin for ‘Unwashable & Indestructible Ass Grease.’”

He goes on to detail an incident. “Today, while I’m standing in the living room debating whether laundry or dishes will get done first, I get the urge to fart. I live alone, so sweet. I let the honk loose and it’s wrong ... I know my own wind, and I have never farted a sound that sounded like a fart wrapped in a pillow,” he writes. “I had just shat myself. But this evil olean makes shitting yourself sound almost like a regular fart, and had I not been particularly attentive, it could easily have gone unnoticed.”

Kessler, the former FDA commissioner, declined to comment on olestra, which passed under his watch. But it’s worth noting that it was finally approved one day before P&G’s patent was set to expire.

2. Artificial Dyes - While Olestra was something of a sputtering flash in the pan, artificial dyes have been around for decades. This broad category is composed of several families of chemicals, some more benign than others. The worst of these can lurk silently in your body for years before any effects may be felt. Azo-dyes Yellow #6 and Red #40, for example, which are made from coal tar, break down into aromatic amines, which are known to be carcinogenic (25 percent of bladder cancers are thought to result from occupational exposure to these.)

These very same dyes can be found in Starburst candy, assuming it was purchased in the U.S. In the E.U., on the other hand, those bright squares would be tinted with natural dyes like carotenes, because Azo-dyes are banned.

This discrepancy points to a subtle but massive difference between Europe and the U.S. Across the pond, a rule of thumb called the precautionary principle guides the approval process. It basically means if something might be dangerous, take action.

In the U.S., on the other hand, the approval process is guided by what could stand up in court as proof of guilt. According to Kessler, most decisions at the agency are put off until a lawsuit is filed.

In the face of mounting evidence against artificial dyes, FDA still isn’t forcing food processors to find less toxic alternatives. Luckily, the companies themselves are realizing just how bad some of these dyes are and are switching to natural dies on their own. It’s as if we suddenly inhabit some free-market utopia where benevolent companies are proactively making their products safer out of deep concern for their customers.

Or perhaps they just don’t want to get sued.

There’s so much evidence, not just for cancer but organ damage, birth defects and hyperactivity (which is ironic, given we’re talking about candy) that companies like Nestle, Hershey’s and Starburst’s parent company, M&M/ Mars, are leading the charge away from artificial colors.

Luke Haffenden, a flavor chemist in Montreal, doesn’t have an innate fear of hard-to-pronounce ingredients. But he’s well-aware of potential issues with fake dyes, and hesitates to let his own kids consume them. Many others in the industry feel the same way, he told me. A dye, by its very nature, is designed to attach to things and permanently change them, he explains.

“In the last couple of years ... a significant portion of companies are manufacturing, selling and or distributing natural color options,” Haffenden explained. “Some are making lots of noise because they think that it will be a marketing advantage. And some are quietly reformulating and hoping nobody notices.”

3. Ractopamine - This food additive, which has been dubbed “FDA approved pork roids,” is banned in Russia, China and 160 other countries. But not here.

Of course, it’s entirely possible that the Chinese, being astute connoisseurs of fine pork, simply want nothing to do with lean pigs. But Russia? They certainly don’t seem to have a problem with steroids.

All kidding aside, most of the studies on which FDA has based its approval of ractopamine were done by Elanco, the drug’s maker. The majority of these studies focused on its efficacy in promoting lean gains, not safety. The safety data that does exist primarily focuses on the impact ractopamine has on the animals themselves and finds that yes, it causes problems. Studies on the impacts of ractopamine on humans, meanwhile, are virtually nonexistent. Instead, safety concerns were apparently outsourced to Canada, as an FDA link brings us to a Health Canada web page.

Health Canada extrapolates that ractopamine meat is safe for humans because it accumulates in very low levels in the animal parts that humans typically consume.

The E.U., as expected, errs on the side of caution.