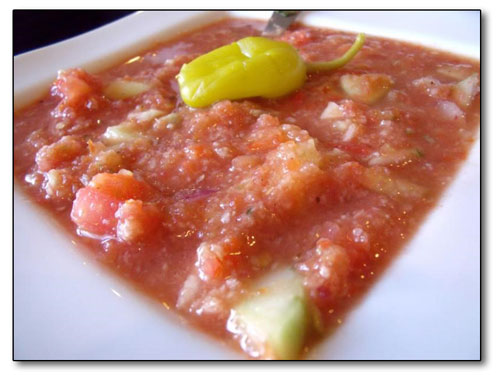 In high school, I was the cook at a small Harvard Square Café called the Blacksmith House. Today, one would probably need a culinary degree, not to mention a high school diploma, to suck on the rarified air of that closet of a kitchen. But this was the 1970s, before the food revolution, and you didn’t need any special training to pronounce, much less prepare, the dishes on the menu.

I look back fondly on those days, and the whacky cast of characters and adventures. There was the bossy waiter who was always on cocaine, the stubborn cashier who refused to say the words “Ari Special” (which made it awkwardly entertaining to watch her request my proprietary chopped turkey sandwich every day for lunch), and the old Austrian baker named Gustel who would terrify me with an icy stare every time I went into the walk-in fridge. Once, during a lunch rush, a band-aid vanished from my finger as I prepared an order of salads for one of coke-head’s tables, and a waitress I was crushing on helped me dig through the salads to find that bloody piece of medical waste. That was the closest we ever came to exchanging bodily fluids.

One of the more peaceful parts of my job was preparing batches of chilled soup, following recipes from the Moosewood Cookbook. I did this in the early morning, or after the lunch rush, in supersized batches. That splattered, tattered tome with the folksy hand-written font was a refuge from the frenetic drama that filled the meal hours. Decades later, when I ran into a similarly tattered copy at a friend’s house, the memories came rushing back.

The book opened right up to fruit soup, on the left-hand page, and vichyssoise (on the right) – both of which I used to make. I could taste the blueberries that I would munch as I made Fruit Soup, and recalled how a punkish skateboarder busboy used to pronounce vichyssoise as “viscous-ice.” Even though it had been so long, and all the food stains were in different places, I knew that if I flipped back one page I would find gazpacho, which was by far the most popular soup I would make.

Like the food-snob I would become, I refused to serve gazpacho that was made day-of, so I always left a sign on the container that said “keep out.” Of course, coke-head, hotty and probably even Gustel would sneak into the walk-in and self-serve same-day gazpacho on the sly. Sometimes the waitstaff would even serve it to their pet customers.

My reunion with the Moosewood Cookbook got me into such a reminiscing mood that my host friend attempted to shut me up by offering to lend me the book, so I could relive my past glories in the privacy of my own home. I did, and the memories kept coming. Like, for example, when you chop the parsley is when it first smells like gazpacho, even before you add it to the mixing bowl.

As always, I was tempted to stray from the printed path, and did. And that’s OK. Gazpacho is a forgiving dish, tolerant of changes great and small.

In summer, when the tomatoes are impossibly juicy, you can skip the tomato juice that’s called for and just add more tomatoes. Gazpacho can be made with fresh herbs, rather than dried, as the recipe specifies. Once, I used a soggy tarragon sprig from a jar of weird pickles and it was great. I usually increase the garlic significantly (like I do with basically every recipe) at least tripling what is called for in this case. I like it with a lot more olive oil, too, maybe half a cup. Back in the day, after all, long before tomatoes reached Spain from Mesoamerica, gazpacho was made largely of olive oil, stale bread, and sometimes almonds, with vegetables added as available. The bread adds a smooth thickness, but I don’t go there – in part because I like to make large batches and freeze my leftovers for wintertime, and I don’t want frozen soggy bread.

Another thing to avoid, if you do wish to freeze your gazpacho, is leaving it chunky. At the Blacksmith House I actually chopped the vegetables, but there is no shame in using modern purée-ing technology. The submersible blender works, as does a regular blender, and a food processor does an OK job. If you want your gazpacho to resemble a fiber-rich V8 juice, use the Vitamix.

Remember, the choir of kazoo-blowing angels won’t leap from the mixing bowl the moment you stir it. As noted earlier, the complex flavor of this dish needs time to develop.

This also makes it rather difficult to add the salt and pepper to taste. So my advice is to add a half-teaspoon of salt to help pull the moisture from the veggies, and then season to taste after 24 hours. At the Blacksmith House, this seasoning period gave me ample opportunity to linger in Gustel’s walk-in fridge, nervously sampling from her vats of cake frosting.

Now that I’ve told you all the ways that I ignore this recipe, here it is, for reference.