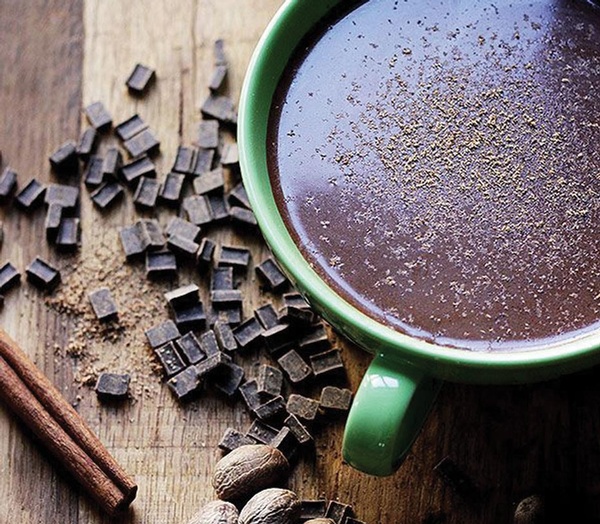 With so many disasters going on these days, it’s tough to keep track. And one of the hardest-hit countries, Dominica, which was brutalized by Hurricane Maria, has flown under the radar. This column will be dedicated to that tiny island with which my family and I fell in love last winter. I’ll leave you with directions for making one of the more popular beverages in Dominica: cocoa tea. But first, a little more background on Dominica and its food scene.

I don’t wish, in any way, to dismiss the tragedy in Puerto Rico. But it’s worth noting that the death toll in Dominica is 40 times higher on a per-capita basis. There are communities in Dominica that, two weeks later, have still not been reached and have not received aid, so the death toll is likely to climb. The hospital still has no power. Dominican Prime Minister Roosevelt Skerrit is sleeping on his floor and bathing with a bucket. The agriculture sector, the heart of Dominica’s economy, has experienced “100 percent destruction,” according to the Caribbean Disaster Emergency Management Agency.

Dominica, located in the Windward Islands archipelago a couple hundred miles southwest of Puerto Rico, has the highest density of volcanos in the world. Consequently, it lacks the gleaming white beaches of its neighbors, so tourism plays a minor role in the economy. That’s one of the things we cherished about it, as well as the fact that it’s the ultimate locavore nation – and has been since long before eating local became trendy. While stores and eateries in the United States make a big deal of labeling local foods, in Dominica the opposite happens:

Unless a food is labeled as an import, it is presumed to be local. More so, shoppers I spoke with assume that paying more for imports that are less fresh, and of unknown provenance, is a bad deal.

Dominican cuisine is based on starchy plant parts called “provisions” that include taro root, manioc root, sweet potatoes, yucca, breadfruit and plantains. These can be stored in a shed without refrigeration, and one hopes that the many small, isolated villages had enough stocked up. Reports indicate that the bread-fruit, plantain and banana trees are gone (as are coconut trees), and the “below-ground provisions” are difficult to find and harvest under fields strewn with debris.

One of the most popular dishes in Dominica is barbe-cue. Both the practice and the word come from the indigenous Carib Indians, also known as the Kalinago. Dominica is the only nation on earth with land set aside for the original inhabitants of the Caribbean islands. In addition to giving us the word barbecue, we can also thank the Kalinago for the word “buccaneer,” based on the same linguistic root, according to Louise Breen in her book Converging Worlds.

“Individuals who had endured more than enough regulation could join hunting settlements on the north coast of Hispaniola. They smoked their beef Kalinago fashion on barbecues (boucon), gaining the nick-name ‘buccaneers,’” she wrote. These “brethren of the coast” lived off the wild cattle left behind when the Spaniards abandoned the area and, while including men from all nations, attracted many former indentured servants from English and French islands. Some progressed to piracy and by the mid-1650s, buccaneer fleets were attacking Spanish settlements, according to her book.

Thanks to the Kalinago, the reverence for BBQ is island-wide. Consequently, Dominica resembles one large, mountainous drive-thru BBQ joint. Motorists can pull up to the makeshift smokers, typically fashioned from oil drums, and buy BBQ chicken and pork. At least they could, back when the roads in were passable and there was food to cook.

One of the common talking points in support of local agriculture is that communities that feed themselves have greater food security. But when a hurricane wipes out your agriculture system, then imports start to sound pretty good. Clearly, there is place for global movement of food, as there is a case to be made for local food.

Space doesn’t permit me to leave you with a barbecue recipe. Instead, I’ll focus on the Dominican drink called chocolate tea. It’s similar to hot chocolate but lighter on the cream and heavier on the spices. It also contains cocoa butter, unlike the chocolate powder used to make cocoa from which the cocoa butter has been removed. The main ingredient in cocoa tea is ground cocoa nibs that are mixed with spices like nutmeg, cinnamon and Caribbean bay leaves (which grow on trees and are different from bay leaves common in the United States). They are pressed into balls or logs called “cocoa stick” or “cocoa balls.”

These solid hunks of chocolaty goodness can be found in many islands in the Caribbean, as well as in Caribbean food stores in the United States. A supplier on Amazon is out of stock, but an EBAY vendor has Dominican cocoa balls for sale. Adventurous types can grind their own nibs and spices, and make their own. Hopefully, once power and internet and agriculture have been reestablished in Dominica, there will be more options for buying cocoa balls and supporting Dominican chocolate farmers.

As you enjoy this warm beverage, contemplate the plight of the islands from which it came. And if you want to donate directly to Dominica, visit Dominica relief.org.