The season of white gold 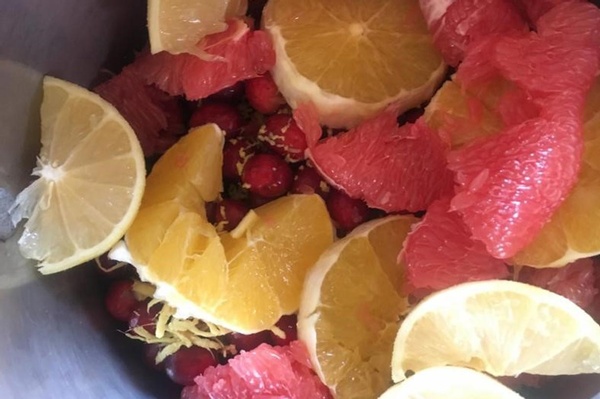 As our nation loses its collective mind for the next few weeks in preparation for the holidays, it’s easy to miss the fact that citrus season has quietly arrived. A century ago, in many parts of the country, one single orange constituted a cherished Christmas present. Nowadays, most of us can pick from a rainbow of citrus whenever we like. Alas, we have so much of everything else that these original wintertime decorations are too often overlooked.

Luckily, citrus season will outlast the holidays by about two months. Long after the holiday dust settles and the reality of a winter siege sets in, we will still have plenty of time left on our hands to appreciate those tangy spheroids in all of their diverse glory. But there are many moods and phases to this rollout, thanks to the thousands of different citrus varieties growing within our borders. For some types of citrus, like, say, the oroblanco, the season is early, short and worth catching for citrus nerds like me.

A cross between a white grapefruit and a pomelo, the oroblanco’s name is Spanish for white gold, and its flesh is all sweet and no bitter. Like a pomelo, it loses a lot of size when you peel it, thanks to a thick, spongy white membrane beneath the rind that cushions the flesh.

Oroblancos would be just another one of many niche citrus varieties to explore this season, if it were not for a special characteristic that only the astute connoisseur of citrus may notice. The bitter membrane that surrounds the fruit’s juicy vesicles can be removed effortlessly, without breaking or cutting any vesicles or spilling any juice. This quality makes the oroblanco especially prized by makers of the Vietnamese salad goi buoi, according to Andrea Nguyen, the cookbook author and authority on Vietnamese cuisine.

Nguyen recently posted a recipe to her blog that resonates with the buzz her family creates during oroblanco season in California. It’s a salad of cabbage, carrot, shrimp and chicken tossed with individual oroblanco vesicles,

and it looked fascinating. I have a weakness for citrus-y, seafood-y salads, and this recipe was still in my bellybrain the next day at my small town Montana grocery store, where I noticed “Oro Blanco Grapefruit” for sale. The oroblanco technically isn’t a grapefruit any more than a donkey is a horse, nor is it broken into two words, but I took one home and peeled it. The membranes came right off, and the vesicles spilled out like packing peanuts.

Those vesicles stuck to the leaves and proteins of the salad like they had static cling, yet remained rather invisible. Whatever I bit into seemed mysteriously cloaked in juice.

The entire recipe for oroblanco salad can be found on Nguyen’s blog at www.vietworld kitchen.com. Just search for “goi buoi.” It links to a slightly different version that employs the relatively abundant pomelo, which are a tad harder to de-membrane into naked sections, but still far easier than most citrus. The vesicles of oranges cling tenaciously to their bitter membranes, and cutting those vesicles, Nguyen told me, would release too much juice. “No bueno,” she said.

Nguyen recommends local shrimp, which depend on healthy marine ecosystems and aren’t associated with environmental or human rights abuses. And she likes her shrimp as intact and well-preserved as possible.

“For best flavor and sustainability, purchase domestic, shell-on shrimp to peel and devein yourself. It takes a few minutes of extra work but you’ll get great shrimpy goodness in the salad. Pre-peeled or ez-peel shrimp can often taste flabby.” Gulf shrimp are her favorite.

My proclivities in citrus/seafood salads of this sort have been shaped by a meal I ate at the Supatra River House restaurant in Bangkok. Getting there involved a two-way radio, a boat and a captain able to cross a particularly busy section of the Chao Phraya River, missing tug-boats, off-duty water taxis, ominous barges and the occasional blinking party boat, while navigating a drifting, half-submerged maze of forest debris.

The meal was worth the effort, especially a salad of pomelo, shrimp and coconut tossed with herbs and vegetables. In this rendition, the individual vesicles were not separated, but rather left in large, de-membraned conglomerates. Since that night, I’ve made the salad with grapefruit as well, painstakingly relieved of its membrane. Because the vesicles are not separated from one another and are allowed to stay in chunks, this salad allows for larger bites of grapefruit or pomelo – something that comes in handy when one eats the occasional piece of hot pepper. The pomelo chunks also create a more rugged overall flavor, compared to the smooth edges of Andrea’s salad. Its overall taste is built upon juxtaposition instead of harmony.

This recipe puts all of the principle flavors of food into play, including saltiness from the fish sauce, sourness from the lime juice, bitterness and sweetness from the grapefruit, and umami from the shrimp and fish sauce – not to mention heat from the chili. This salad had me wincing, sweating and smiling all at once. I spent the next few weeks in pursuit of this salad elsewhere in Thailand.

The following recipe is the synthesis of what I’ve learned from my many great teachers in the art of shrimp and pomelo (or grapefruit) salad, from Andrea Nguyen to a cook named Gay in Ko Chang, Thailand.

Two oroblanco, pomelo or grapefruit, peeled de-membraned but left in as large of chunks as possible

The salad can absorb other vegetables like spinach, cucumber and bell pepper. Vegetarians can substitute tofu for the shrimp without issue, but without the fish sauce, the flavor would lose a step. But this time of year, as long as the citrus stays, everything else is negotiable.