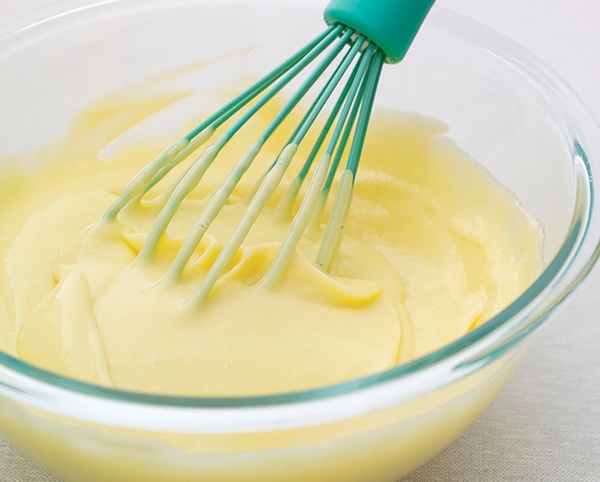 Last summer, the Wall Street Journal reported that U.S. mayonnaise sales had fallen by 6.7 percent since 2012. A subsequent article in Philadelphia magazine sought to explain that drop by blaming millennials for having “killed mayonnaise” with their whacky tastes in condiments. It claims they are eschewing the special creme in favor of, “... kefir and ajvar and chimichurri and gochujang.” A debate raged on social media over whether or not that was true. And while the article did quote me, I can’t agree with its conclusion. The decline of mayo is due to nothing but semantics. Mayonnaise has been held back ever since it was decided, arbitrarily, that it must contain egg.

In any practical, culinary sense that matters to the consumer of mayonnaise, this definition is wrong. But it’s endorsed by USDA, and agreed to by producers, consumers and the people who track drops in mayonnaise sales.

To understand what is really going on, we must understand what mayo really is. And to understand mayonnaise, we must start with fat. As Samin Nosratexplains in her cookbook Salt Fat Acid Heat, fat absorbs and transmits flavor to every corner of the dish, and all around your mouth.

Fat is the great spreader of flavor, and mayonnaise is the apex of spreadable fat. It is fat that is ready to be applied wherever needed. Meanwhile, the texture of mayonnaise lubricates food, which is especially welcome in dry foods like canned tuna or in a sandwich. The mayonnaise helps the food go down easier, but it is a fine line between lubricity and slime, as many a hater would agree.

In addition to its flavor-spreading action, mayonnaise happens to contain Nosrat’s two favorite flavors: salt and acid. To recap: mayonnaise, the great spreader of flavors, has the world’s two most important flavors already built in. As for thermal heat, Nosrat’s fourth pillar of good food, mayonnaise may not be cooked but nonetheless undergoes a transformation that is every bit as meaningful: emulsification.

Oil does not mix with water, or watery fluids like vinegar or lime juice. At least, it won’t stay mixed. No matter how vigorously one shakes a jar of oil and vinegar it will quickly separate. An emulsion is that rare mixture of immiscibles that won’t, or can’t, go their separate ways, thanks to the assistance of a neutral third party, known as the emulsifier. Per USDA, the only permitted emulsifier in mayonnaise is egg yolk.

The sales data that the Wall Street Journal relied upon only took egg-based mayo into consideration, while ignoring the explosion in egg-free mayo. The egg-free stuff is usually labeled vegan. And if you get the right brand, egg-free mayo can be that rare vegan product that is better than the non-vegan version it’s trying to imitate.

It’s hard to see how mayonnaise would benefit from the sulfurous aroma or slimy texture of raw egg. Mustard, which is also sulfurous, helps hide and obfuscate the egg sulphur in most egg mayo recipes. Too many egg mayo recipes call for whole eggs, which is baffling. Mayo has enough lubricity without raw egg whites, which contribute nothing to the emulsion.

For years, my favorite mayo has been an egg-free variety called Vegenaise, which uses a lecithin-like protein derived from peas as its emulsifier. I love everything about it, the flavor, texture, action, lubricity. Vegenaise makes all store-bought egg mayo taste a bit gross to me, but I still have a soft and creamy spot for my own homemade egg mayo, which I make with a mere trace of yolk. No whites; mostly oil and lime juice. It tastes like a cross between Vegenaise and my first love, Hellman’s/Best Foods, which isn’t a bad combination.

Under magnification, mayo presents as densely-packed, compressed spheroids. These spheroids are oil droplets, each one completely surrounded by the emulsifiers, which cover the entire surface of the droplets and prevent them from touching any other oil droplets and coagulating into a blob. The trick with making mayo is adding the oil slowly enough, and incorporating it completely enough, such that each droplet is completely coated with emulsifier. If oil is added too quickly, the emulsion will break like Humpty Dumpty, never to be put back together again.

I usually just eat grapeseed oil Vegenaise, but when I make mayo at home, I make it with egg, and I make it by hand. Using a whisk provides a point of contact between the mayo and I, allowing me to feel the emulsion as it develops and becomes capable of supporting its own weight.

While it’s common for a mayonnaise recipe to call for two whole eggs per cup of oil, this recipe uses but one yolk to emulsify 3 cups of oil. Olive oil can be used but will make a yellowish-green mayo, and one yolk will only do 2 cups. You may use a blender or food processor if you wish, but you won’t have the same connection with the emulsion that you have with a whisk and a stainless steel bowl.

The emulsion will start gathering into a ball in the middle of your whisk, and you will have to smack the handle against the rim of the bowl to knock it out. Your wrist may begin aching. Keep going. It should remain smooth and silky the entire time, never grainy, and become stiffer with whisking.

You now have a cup of mayo that tastes and looks like perfected Best Foods. You could stop here and be happy. I prefer to emulsify another cup or two of oil before calling it good. The second cup can be added a tablespoon at a time, with another 41⁄2 teaspoons lime juice and another pinch of salt added along the way.

After the second cup of oil, the emulsion becomes increasingly finicky, and delicious. I’ve been able to get to about 3 cups of oil emulsified by a single yolk, before losing control (of the emulsion). The flavor is lighter, and it doesn’t coat your mouth the way a more eggy mayo will. As you approach 3 cups, you will have to add oil evermore slowly and carefully, or else it will break.

And if it breaks, and makes that instantaneous transformation from elastic modulus to scrambled eggs that won’t increase in viscosity no matter how much you whisk, your mayonnaise is toast. No millennials, not the kind of toast that has avocado on it.