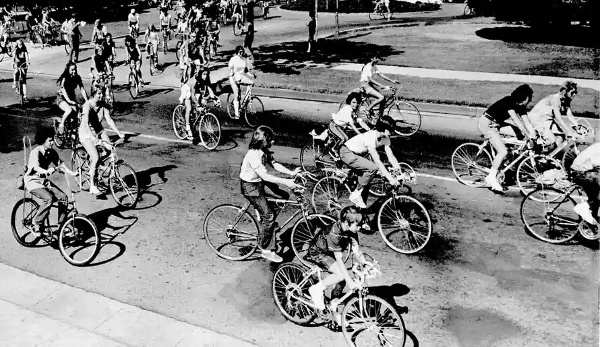 I started bicycle commuting in Durango in 2007. My fellow commuters included a lady in Lycra (who I still pass by to this day), a guy with a boom box strapped to his handlebars and some kids who were impatiently waiting for the freedom of a driver’s license. We were all cruising around the mean streets of Durango on our bikes, enjoying the sun on our faces and bike grease on our legs.

We never really caused much trouble or got in the way of vehicle traffic (there was also a lot less vehicle traffic then) but we sometimes did some hoodrat shit, like blow through stop signs or make renegade left hand turns. It was mostly OK because it was just our neighbors or friends, so we’d wave, laugh and apologize later when we saw them at Carvers.

Obviously, times have changed. I get pretty curmudgeonly about more drivers and cyclists taking up the streets, but of course, I have to be at least a little happy about the latter. I’m stoked to see a surge of people riding bikes, but the influx also means more consequences and less apologies at the local brew pub.

The consequences are, of course, bodily and vehicular damage, but another consequence that we all know about – but never really talk about – is the growing animosity between drivers and bike riders. We all kinda hate each other, and by “kinda,” I mean truly and deeply with a passion.

Disdain for the “other” is nothing new and stems mostly from a lack of understanding, education and empathy. But it’s hard to have empathy for a cyclist who cuts out in the middle of traffic, or on the flip side, a big truck that rolls coal and cuts me off on Main Ave.

I forgive you, big truck.

I, myself, oscillate every day – neh, hour – from having a deep hatred for vehicles to a deep understanding for them when I see a bicycle rider veer, totally unfazed, into oncoming traffic.

No, dearest fellow bicycle rider, you are not invincible.

But, neither are vehicles, so it’s good for us all to know our strengths and weaknesses, realize our own limits, understand the difference between “can” and “should,” and kiss the days of bicycle anarchy goodbye.

With that in mind, here are some things to keep in mind when you are out commuting by bicycle or vehicle:

1. Yes, as of April, it is legal in Colorado for bicyclists to treat stop signs as yield signs and red traffic lights as stop signs. But as I have discovered, a lot of us don’t really understand what this means.

If a car is at the stop sign before you, they have the right of way. If there is a car coming through on the non-signed way, they also have the right of way. You cannot roll through a stop sign into oncoming traffic. Same with a stop light. And please do not ride out into the middle of an intersection while a car is driving through a green light, which could have unpleasant side effects.

2. When you cross an intersection, no matter if it’s a stop sign or a traffic light that’s red, green, yellow or purple, look both ways first. Cars often don’t see cyclists because texting is more important. But also, you’re smaller than them. If a car is stopped at a stop sign, that doesn’t guarantee they won’t pull out in front of you or on top of you. MAKE EYE CONTACT WITH THE DRIVER. This is huge and one of my biggest lessons for riding with vehicular traffic. Stare drivers down. Be a creep. I even try to catch the driver’s eyes through their rearview mirrors if I’m riding behind them. Stalk the shit out of their eyeballs. This not only will guarantee they see you, but you also might make a love connection. Or get served with a restraining order. Either way, it’ll make for a great story.

3. Stay in your freaking lane. Only hours ago in my own neighborhood, I watched a Lycra-clad Lance Armstrong look-alike swerve out of the bike lane and get fairly close to a moving vehicle. Why did he do that? Who knows? Stats? Wahoo? Strava? Selfie? Maybe because he thinks he’s Lance freaking Armstrong? If there is no designated bike lane, you still have to ride on the right side of the road and you still have to make room for cars to pass you. If it is unsafe on the right side of the road, yes, you can ride in the middle of the lane, but not INTO a car.

1. This one goes out to Joe Worker who emailed me recently with a kind and respectful email about bicycles taking up local roadways. Listen up, Joe. Bicycle riders CAN take up a lane, road or street if they feel unsafe riding on the shoulder. Obviously, bicycle riders take advantage of Colorado Statue 42-4-1412 section 5 (referenced for your pleasure), and yeah, I agree, it’s annoying. But I trust that every vehicle driver can calm the F down, take a breath, slow down for a second and wait until there is a safe time to pass the cyclists, and then move on with their day of grocery shopping, cat sitting, Netflix watching, whatever.

2. Please for the love of all things holy, USE YOUR TURN SIGNAL. Cyclists are (should be) predicting a car’s movements, but we cannot do this by reading your minds. If I am riding my bicycle behind you, and you suddenly turn right in front of me without signaling, I will crash into the side of your truck (yes, this has happened to me). If we are both at an intersection on opposing sides, and it looks like you are going straight, but you turn left instead? We will crash into each other. Just. Use. Your. Freaking. Turn. Signal.

The list of misunderstandings, befuddlement, disrespecting and rule breaking doesn’t end there, but I do. The war between cyclists and drivers will continue, especially with the summer riding months upon us. We all do dumb shit (myself included), we will all continue to do dumb shit, but let’s try to pretend like we’re doing it on accident. Then we can give each other high fives and buy beers at the pub to apologize for being such dumbasses. 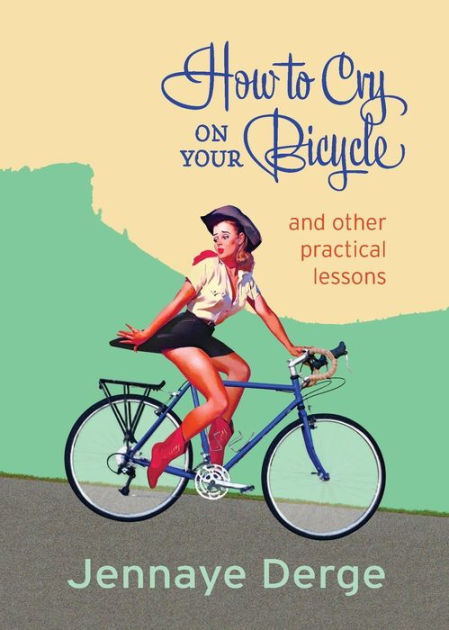