Albums of the year (part one?)
Think no good music is being made? You're not paying attention 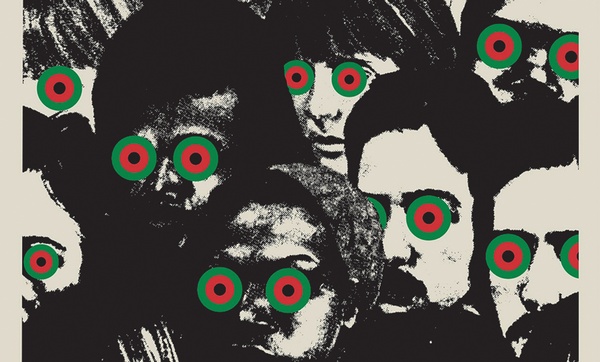 This year was a great year for music. Still is. One of the (many) things that bother me is the rube that insists that “no good music is being made anymore.” That’s a comment made by someone simply not paying attention. Thankfully, I haven’t heard this from anyone in some time, though I’m sure it still happens. Truth be told, there isn’t enough room for each album that deserves recognition. I’ve whittled my master list down to about 37 worthwhile mentions, and I’m giving you far fewer here.

So, here are a handful of albums I immensely enjoyed in 2022, in no particular order whatsoever:

• Bonnie Trash – “Malocchio” Bonnie Trash is the decade-plus-long musical project of Canadian-Italian twin sisters Emmalia and Sarafina Bortolon-Vettor, based in Guelph, Ontario. Unsurprisingly, the bio on their record label’s website ticks off many of the same sonic touchstones I heard: My Bloody Valentine, Godspeed! You Black Emperor, Joy Division and Siouxsie & the Banshees. There are also moments reminiscent of a favorite of mine from 2020: Divide & Dissolve’s stellar “Gas Lit.” Stylistically, it weaves heavy doom, post-punk, shoegaze, art-rock, drone and more into one of the best full-album listens this year. Malocchio takes cues from its predecessors but blends them into something wholly beautiful and unique.

• This Lonesome Paradise – “Nightshades” This past summer, George Cessna (Snakes, Slim Cessna’s Auto Club) dropped by the KDUR studio while vacationing in the Southwest with his partner. While chatting, I learned that we share an affinity for many of the same bands/artists, including an obsession (my words, not his) with Taylor Kirk and his band Timber Timbre. He casually mentioned getting the opportunity to work with Kirk in the studio on the forthcoming album from a band called This Lonesome Paradise. Later that afternoon, I was floored by the preexisting This Lonesome Paradise album, “Electric Dreams,” and I preordered “Nightshades” as a birthday gift to myself. It has been in constant rotation ever since. I hear influences from Roy Orbison, Nick Cave and the Bad Seeds, The Gun Club and even the textures of the Angelo Badalamenti compositions for the television show “Twin Peaks.”

• Danger Mouse & Black Thought – “Cheat Codes” One of the only albums from my personal pool of favorites released on a major label, and I couldn’t care less. I found myself listening to a decent amount of hip-hop/rap records this year, and this high-profile release lived up to/surpassed my expectations. Black Thought is maybe best known as the forward MC of Philadelphia hip hop legends The Roots. Danger Mouse first bent ears as the mastermind behind “The Grey Album,” the 2004 mashup/amalgam of JAY-Z’s “The Black Album” and the Beatles’ “The White Album.” That led to working with Damon Albarn on the second Gorillaz record, a collaboration with CeeLo Green under the name Gnarls Barkley, a project with James Mercer of The Shins called Broken Bells, and production credits for Beck, The Black Keys, Karen O and more. On “Cheat Codes,” Black Thought handles lyrical duties along with guest spots from A$AP Rocky, Run the Jewels, Wu-Tang’s Raekwon and a posthumous verse from MF DOOM that chokes me up nearly every time.

Before we go, I want to mention there are a bevy of holidays on the horizon, and we’ve been conditioned into thinking that we *must* purchase things for people during this window of time every winter. If you plan on buying albums, purchasing them as direct as you can, from local artists (in any medium, really) is an acceptable approach.

Also, Durango has a record store (slash bakery!), and I don’t want it to go anywhere. We also have a slew of homegrown galleries/retailers/boutique-y type places, and rent ain’t cheap for ANY of us anymore. Please fight the urge to do all the things online and make it a point to spend part of your dollars here in town. And hey, it’s honestly a nice thing to gift music year-round, not just when the calendar dictates.

That said, I am very interested in what YOU loved listening to this year, so please email me your favorites at the address listed below.

As always, feel free to reach out any time with questions, comments or gripes. Especially the gripes.

Jon E. Lynch is the program director at KDUR. He can be reached at KDUR_PD@fortlewis.edu