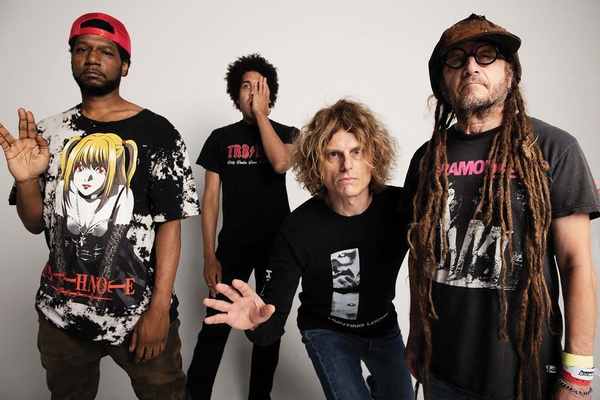 By November and December each calendar year, hordes of bloated, self-aggrandizing critics and columnists are compiling, tallying and whitling down their “Best Of” lists for public consumption. Right around this time last month – in an attempt to bolster our local economy, encourage supporting artists of any sort and help prop up the early holiday shopping types – I began to compile a nowhere-close-to-comprehensive list of my favorite albums released in 2022.

What’s to follow is a continuation/expansion of that list. A 100% subjective take on the things I listened to and enjoyed, rather than what garnered the highest starred or numbered review, widest acclaim or the strongest aggregate Metacritic score. I’ll even make a half attempt to make it easier to digest. Here goes.

• Hermanos Gutiérrez, “El Bueno Y El Malo” – Two brothers, half Ecuadorian half Swiss, with acoustic and steel guitar, melding the Latin American influences of their grandfather and the textures of Ennio Morricone’s classic Spaghetti Western scores. All instrumental and produced by The Black Keys’ Dan Auerbach.

• The Sadies, “Colder Streams” – 11th full-length from Toronto’s purveyors of surf/country/noir-twang and the last before devastating and untimely passing of co-founder Dallas Good. This band has never made a bad record.

• Ghost Woman, “Ghost Woman” – No clue how I came across this record but so thankful I did. Multi-instrumentalist Evan Uschenko recorded this album in Arizona and melds psychedelic garage-folk with a variety of other styles into a haunting, cohesive indie/rock record.

• Lathe, “Tongue of Silver” – Tyler Davis created a record of heavy instrumental sludge that he’s described as both Doom Country and Heavy Twang.

• The Black Angels, “Wilderness of Mirrors” – The Austin, Texas-based psych-rock band released a 15-track, 58-minute double LP of some of their best work to date, culled from the sonics of forbearers Black Sabbath, 13th Floor Elevators and the Velvet Underground.

• OFF! “Free LSD” – While I may cringe at the moniker, punk rock supergroup is appropriate. Members of Black Flag/Circle Jerks, Burning Brides, …Trail of Dead and Thundercat released this “heavy punk industrial free jazz soundtrack recording.”

• Launder, “Happening” – John Cudlip is California born and raised. His debut under the name Launder came out of sessions with friends Zachary Cole Smith (DIIV) and Jackson Phillips (Day Wave) and worships at the altar of bands such as My Bloody Valentine, The Jesus & Mary Chain and Slowdive.

The Hip Hop I Didn’t Mention

• Roc Marciano and The Alchemist, “The Elephant Man’s Bones” – Collision of coasts with New York’s Marciano and L.A.’s Alchemist creating an album too great in scope to distill here, but easily placed on this list.

The best in locally made music that SHOULD have been covered above came from Nathan Schmidt, the Crags and Dreem Machine. Support them and all of the above through Bandcamp or at your local record store. I’m still curious what you listened to this year, whether new or old, that I should be made aware of. Send my recommendations along with questions, comments or gripes. Especially the gripes. KDUR_PD@fortlewis.edu ?