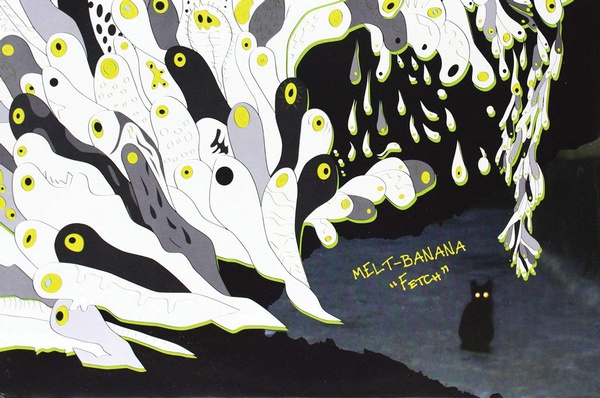 I am ridiculously fortunate in many ways – in that I genuinely, truly love my job as program director of KDUR. Most people – adamantly – do not enjoy the work they do. Work is often a means to an end, and if you are one of the lucky few that does enjoy whatever it is you do – good on ya. We are among a vast minority. That doesn’t mean that my job still isn’t work. It very much is. There are times that I am annoyed by it, absolutely.  Is my pay commensurate with industry standard? No. Not even sort of. Is that disparity made harder by an inflated, bloated cost of living in Durango? Abso-f***ing-lutely. Yet I still consider myself fortunate to be surrounded by one of my passions, and to get paid to be here.

Being a small part of Durango’s college and public radio community has its obvious benefits. I get to hang out with like-minded fans and nerds of independent music. It’s baffling that I am able to cavort around much of the day about bands/artists, their albums, record release dates, touring schedules, opening/adjacent acts, clubs & DIY spaces and so much more of the other minutiae most casual fans wouldn’t care to pore over. And? I get to do so among other people just as equally invested and excited about the same things. The radio station often receives albums days/weeks/months ahead of their release dates, giving those at the station an advance listen before the public. Again, fortunate. There is a vitality and energy within the entity that has, in my estimation, never really waned – even with the advent of streaming platforms and algorithm-driven music discovery.

Seeing music live, in person, is an integral part of the above. It’s a perk of the job, and frankly, a necessity. Booking touring bands is difficult in the geographic void of our area. I know from experience. We’re relatively isolated, and the venues in town should be commended for even attempting the difficult task. We have a thriving local live music community – we always have – and there is a dynamic set of musicians dedicated to playing in and around our area. Be that as it may, I’ve always found it necessary to leave the county to fulfill certain sonic needs. The following are a handful of bands worth spending the money, time and energy to see somewhat nearby, in the coming weeks:

Melt-Banana is a Japanese noise/art/experimental/rock band that has been making music since the early ’90s. John Peel, the famed BBC Radio 1 DJ who introduced countless bands to his discerning audience(s) worldwide, described the band’s live onslaught as “simply one of the most extraordinary performances I have ever seen and ever heard ... just mesmerizing, absolutely astonishing.” Baltimore openers Ed Schrader’s Music Beat play an amalgam of post-punk, garage, avant-jazz and art rock and make for a more-than-solid double bill.

Born in the Philippines and raised in the U.K., Beatrice Kristi Laus, aka beabadoobee, plays indie/slacker rock with self-admitted nods to one of her all-time favorite bands, Pavement. She has also cited Mazzy Star, Mac DeMarco, Elliott Smith and Daniel Johnston as influences. Atlanta’s Lowertown opens the show playing indie and low-fi electronica.

L.A. duo No Age was part and parcel of the now-defunct all-ages DIY punk/art space, The Smell, that gave bands such as HEALTH, Miko Miko, Ty Segall, Vivian Girls, and The Strange Boys & The Babies early stage-time. Show opener John Wiese leans into the more experimental side of noise and drone, releasing split recordings with artists such as Wolf Eyes, Yellow Swans, and Thurston Moore (Sonic Youth) to name a few.

Go out and see live music here in Durango or in whatever town you’re reading this in.

Remember, feel free to reach out any time with questions, comments or gripes.

Jon E. Lynch is the program director at KDUR. He can be reached at KDUR_PD@fortlewis.edu