So what 'cha want??
Thoughts on what's missing from Durango's food scene 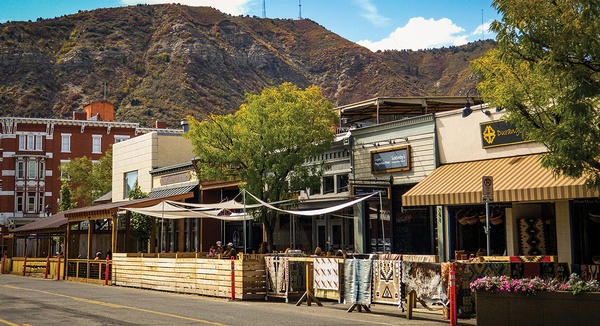 Durango has a ton of great food options, but it doesn't hurt asking: What other kinds of restaurants would you like to see?/ File photo

Over the course of a year writing this monthly column, pretty much any time I think about the Durango restaurant scene, the question, “but what does everyone else think we need?” bounces around in my head. Remember that we started this column to address the statement, “the only good food you can find in Durango is burgers and burritos,” which I strongly disagree with. But I digress, as over the course of researching and experiencing various elements of the foodie side of our little mountain town, I am continually impressed with the innovation, creativity and grit of people striving to make it the best they can.

I was enjoying a craft brew with a buddy of mine at High Trestle Brewing (formerly Chainless Brewing, and before that, Durango Brewing Co.) on North Main, and this came up as part of our conversation. While we bantered back and forth about all the things Durango does have – at least a few sushi options, multiple iterations of fine dining, plenty of Mexican and burrito options, an excellent mid-price Italian option, steakhouses, burgers & beer, and food trucks galore – we leaned into a discussion about what it might be lacking.

Another patron at the bar overheard this, and came over to join the conversation. Let’s call him “John” (as we didn’t catch his actual name) who told us that he had moved to Durango from Chicago a few years ago after he retired. He certainly had some opinions about what Durango needed and was not afraid to tell us what he thought about the important food categories he viewed as problematic right off that bat. His first point was about hot dogs. In Chicago you can get authentic Chicago hot dogs for 99 cents each, but a dog here is 8 bucks! Now I never took the chance to try the Durango Dawg House at College and Main Ave., but from what I saw it was a pretty popular place even though the space was tiny. This past summer, Hot Fire Dogs opened in the same stop where the Dawg House was, beneath the Balcony. Billing itself as “authentic, Chicago-style favorites with a Southwestern touch, it’s definitely something I need to try sooner than later. (Although they also are positioning themselves as a late-night space, being open from 5 p.m. to either 12 midnight or 2 a.m. most days of the week.)

But where we really got rolling was when I asked about pizza, and given that we have several pizza places around town, the only thing we could possibly be missing on the pie side was a deep-dish option like the famous downtown Chicago destination, Gino’s East. The reaction to that suggestion was swift, as I was quickly corrected about my assumption to deep-dish being the problem. “It’s all about the sauce!” John declared, and went on to tell me about the lack of sauce on all the pizzas here. “Everything in Durango is that California style, with a very lean amount of sauce and mostly on thin crust.” He went on to describe how the sauce is sometimes not even real pizza sauce but marinara sauce instead, which is clearly a deep injustice.

Regardless, while that opinion is a sample of one, over the course of working on this column I have asked this broad question to nearly everyone I talk with about the Durango food scene: “What do you think we need?”

I have one friend who tells me at least once or twice a year that we need a high-quality tapas place – small dishes that can be shared without being too terribly expensive that are highly varied and creative, while still being refined and at least somewhat exotic. Another friend bemoans the lack of a fundamental “seafood” place. We can point to the demise of the Red Snapper as at least partial evidence that getting seafood into our land-locked community might be expensive and tricky (Pop Sushi, East By Southwest and, to some degree, Primus notwithstanding).

I know I have my own ideas – three of them, in fact.

First and foremost, the place I think is missing is a true, focused wine bar. I fully acknowledge that there are a number of great restaurants with solid wine-by-the-glass offerings, led by Primi with Tracy Regan’s background in Italian wines,but also Eolus, Seasons and the Ore House. But I miss the setting of a simple, elegant wine bar with snacks focused on just wine.

Second, and I am not afraid to admit it, but I miss Cyprus Café, with its Mediterranean-inspired dishes. And finally, while Durango and Southwest Colorado is surrounded by dozens of small farms and ranches, I think there is still an opportunity for a restaurant that is fully focused on expressing our local cuisine through the dedicated sourcing of meat and produce locally, and varying the menu based on what is available the current week or month. If you have ever visited Potager in Denver, you know what I mean – they source most of their food within 100 miles of Denver, change the menu every six weeks or so, and are not beholden to a style of food other than what they can create with what is in season. I get that sourcing and creating based on that model would demand both constant flexibility and creativity for both the culinary team and patrons, but I think it would add an exciting, fluid and locally driven element to our dining community that we just don’t quite have yet.

But more to the question at hand, what do YOU think we need? Where do you see the deficiencies or catch yourself saying “I wish we had an XYZ spot in Durango!” And don’t get me wrong, I love dining in Durango, but as we grow and new ideas come to town, my hope is that we don’t just fall into the same trap as other mid-size communities and get bogged down with national chains.

So, where do you think we go from here? Send your ideas to telegraph@durangotelegraph.com