The people have spoken
We asked what restaurants you want in town. You responded. 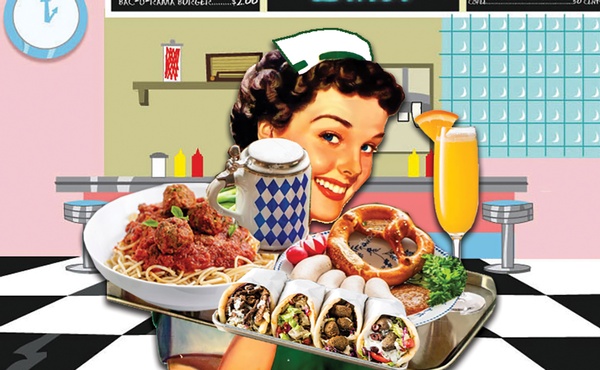 Well, that was fun! You may recall in last month’s “Let’s Dig In” column, I reflected on the past year writing this column, highlighting the good in the Durango food scene, even as a small mountain town scraping its way out of one of the most consequential two-year periods in recent memory. Still, we asked: What types of restaurants YOU thought were missing in town. And comment you did.

Between nearly melting down our publisher’s email inbox and the robust response on Facebook, we collected around 100 emails and comments with your thoughts, opinions and some tips we had not yet heard on the street. And, the best part – even though Facebook comments can be especially toxic, everyone generally kept it civil and friendly, with only a tiny amount of snark. It was a thrill to get all this feedback, as well as several updates from restaurant owners about a few new or revived establishments. That was awesome – thank you, Durango Telegraph readers!

Now, to the tally. While in the previous column I mentioned a few things I have either been repeatedly told we need (tapas, seafood, better pizza sauce) and suggested a few things that I feel like we need (dedicated wine bar, Mediterranean and a purely locally focused mid-fine dining place), I was truly shocked at the breadth and diversity of how you all responded. I fully expected several mentions of various authentic Asian cuisines, but the depth of how people expanded upon the specificity of that category was frankly surprising. I knew Chinese would come up repeatedly, but then many of you added Thai, Indian, Vietnamese and either Japanese (but not more sushi) or a poke bowl bar, which I found interesting given we have Akami over by Albertsons (which I wrote about last spring).

However, the No. 1 response was for Mediterranean cuisine, followed closely by Indian food. In last month’s column, I called out missing Cyprus Café specifically, but still, the number of folks that called out either Mediterranean or Greek caught my eye. Indian, too – did not expect that. In another shocker, several people responded with “Italian,” which I guess surprised me. I only saw Mutu’s (now closed) full a few times when it was open. Primi is certainly different than “typical” Italian (but is very popular). And Mama Sylvia’s is pretty small. Are people missing a full-on, red-sauce Italian place with more traditional dishes? Asking for a friend.

In terms of the numbers, things spread out from there. German, Middle Eastern, Ethiopian, North African and Cuban were all mentioned. Then, a few people called for an Irish pub (“bring back The Embassy,” one commenter wrote), an American bistro and a French brasserie. Others wanted a spot for fried chicken or an authentic Southwestern Steakhouse (in the process of writing this column, we also learned that Fur Trappers on Second Ave. is no more). We did get a Kansas City BBQ mention, as well as a vote for “a better, big-city deli.” Well, while 2nd Deli & Spirits has been open for a few years now, Tom’s Deli just opened a few weeks ago at 1802 Main Ave., so maybe that will be another place to grab a quick sammie and fries outside the grid.

And just to call it out, I think our Telegraph-team favorite comment was early in the thread on Facebook, where one woman wrote, “A girly breakfast spot with flowing mimosas, acai bowls and French pastries – no breakfast burritos allowed.” We all got a kick out of that one.

Moving on to what we learned was either coming soon or already here: Cairo Café, which had several mentions on both Facebook and via email, is currently operating out of a 20-foot micro kitchen mainly doing catering until next year, when they plan to announce a new location and get back to regular hours. On the BBQ front, I got a note from the owner of Rang Tang Craft Barbeque, currently posted up at 11th Street Station, outlining the wide array of local providers they feature on their menu (much appreciated!). Piling on to the food truck topic, one reader simply mentioned “more food trucks.” Another email from a local food truck owner expressed in great detail the opportunity being missed because of the City of Durango’s permitting restrictions, which keeps them out of more “public” spaces like parks, metered parking spots and the fairgrounds, among others. What do others think of more food trucks? If you are local, would you support them if they brought some of these more diverse ideas?

We had a number of people wanting to bring back some of their old favorites, led by the Red Snapper and followed closely by The Palace. Seafood was certainly on the list, so I am unclear if the Red Snapper filled that void well enough and people want it back, or if these two are mutually exclusive. Also, put a pin on the list for vegan-focused folks about Basecamp at the Glacier Club and their 100% gourmet vegan menu.

Lastly, my “dedicated wine bar” craving looks to have a new entrant: the Durango Winery has opened in the former downstairs bar below the old Irish Embassy at 900 Main Ave. While I have not had time to get in there yet, a number of comments came in about it and their emphasis, at least initially, on Colorado wines in a cozy and welcoming atmosphere – guess I need to check it out.

I think my favorite comment overall was a personal invitation in response to last week’s column, in which I wrote about a guy at a local bar complaining there was no good pizza in Durango. Turns out, I have a neighbor who has developed a passion for homemade pizza and invited me to try their recipe. I haven’t followed up on that yet, but it did remind me of the hunger this community has for its local food scene, either the one we have or the one we wish we could have. As business continues to recover and new money inevitably comes into our area, there seems to be a wide array of ideas and hopes for a more diverse menu of options for our town.

Now, let’s hope some of these ideas can find a home soon!