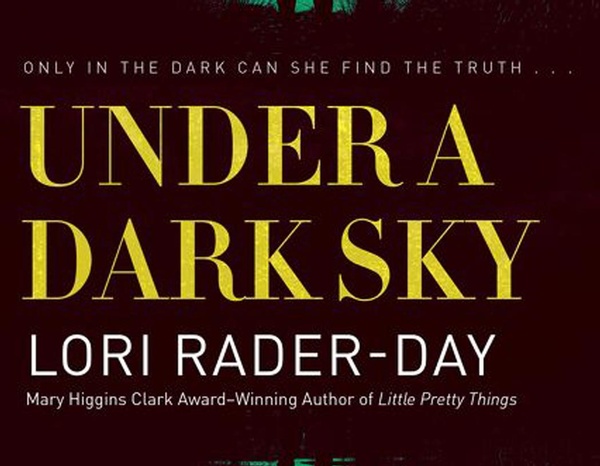 Lori Rader-Day is a young Chicago writer who has written her fourth novel for an imprint of HarperCollins Publishers. Her three previous books have all been nominated for an Edgar Award from Mystery Writers of America. She also has won prestigious Lovey and Anthony awards for her 2014 debut thriller, The Black Hour; an Edgar in 2016 for Little Pretty Things; and a host of 2018 Illinois writing awards for The Day I Died. I am a big fan of Rader-Day, as you will be after reading her new title, Under a Dark Sky, due to be released next Tues., Aug. 7.

Under a Dark Sky is what the sloganeers refer to as a “locked-room” murder mystery. It’s the type made famous by Agatha Christie, Anne Holt, Peter Lovesey, most of the French noir writers, and even Arthur Conan Doyle with Sherlock Holmes. The setting is inescapable for any number of characters, a murder occurs, and after frightened disbelief, everybody is suspect. A locked-room mystery is a puzzle, and with every puzzle, one false or imprecise clue is unforgivable and ruinous of the entire effort. It’s a risky venture and takes great confidence to attempt a locked-room mystery. Most mystery writers borrow some of the claustrophobic elements to create suspense, but few can make a locked-room mystery more engaging than tedious and predictable. And ultimately, most are boring.

With such a high-wire act, Rader-Day has another winner with Under a Dark Sky. Her protagonist is Eden Wallace, mostly middle-aged and two years widowed by a gruesome automobile crash that took her husband, Bix, finally home after numerous postings and tours in Afghanistan. Eden loved this man but hated their peripatetic life, waiting, worrying and being alone among temporary friends in the same holding pattern. Bix was Army. He was the leader, the drinker, the reckless bull of a man who loved Eden more than enough to turn her into a pet waiting at the door for her master to return. It was a domesticity she hadn’t known since childhood.

And then Bix came home. And Bix died. The shock of him dying after he was safely home shorted out some critical circuits in Eden’s fragile mind. Mostly, Eden developed phobias: she stayed at home like a dog afraid of lightning; she had to have lights on all the time and could not, under any circumstance, be in the dark, inside or out.

“The truth was that I was a decorated soldier in the fight against decisionmaking, and since Bix had died, I had
given up all patience for the clock-works of life and the world around me,” she says.

In her neurotic fussing about the house, Eden finds a reservation Bix had made more than a year ago for a week at Straits Point International Dark Sky Park on one of the Great Lakes in Michigan, to celebrate their anniversary.

Eden anguishes but soldiers up and goes, notwithstanding her fear of the dark (a gutsy gestalt but perhaps a healing). But Eden is billeted inelegantly on the trip by a reunion of eight post-college revelers, and the bubble bursts. She decides to drive home the next day, after the approaching nightfall. It’s all too public and flawed and frivolous. She didn’t belong there. She shouldn’t have ventured so incautiously. All these people. And the drinking and laughing and persistent overtures of inclusion. She just couldn’t take any more. And what was she thinking, how could she be so rash? Bix was dead, and she needed to be alone and unbothered.

That night, Malloy is murdered. A screwdriver out of his neck, blood all over the kitchen floor ... The company of friends and one strange stranger is now fixed in time. Nobody leaves until the murderer is discovered, and everyone’s suspect and fearful of each other. Friendships strain to their limits. Just imagine what comes next.

Or buy the book – locked-room murders are tapestries achieved with only surgeon-like accuracy. To sweeten the deal, Maria’s Bookshop will offer 15 percent off this, and any other, “Murder Ink” title. 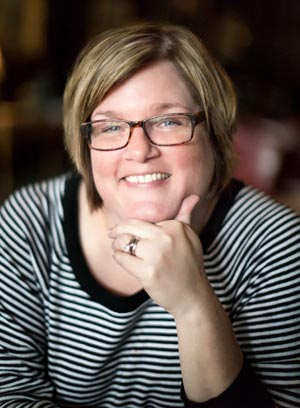