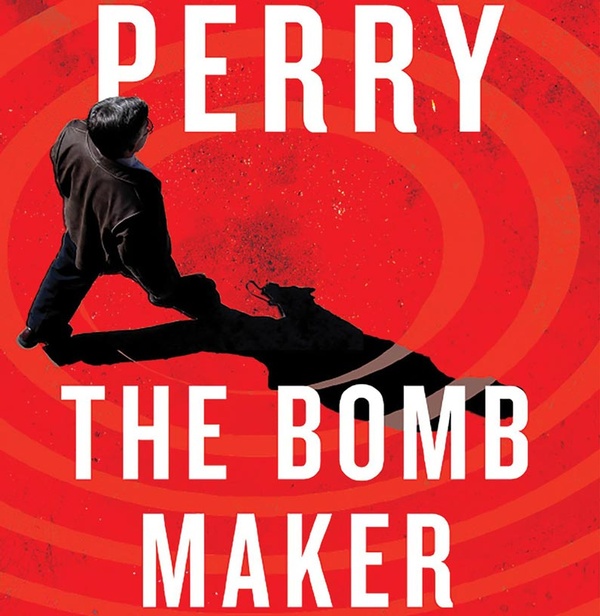 Every critic reviewing crime fiction this month will likely fall prey to the massive publicity blitz for A.J. Finn’s debut novel, The Woman in the Window. The publicity department of William Morrow/HarperCollins boasts that The Woman in the Window is the most widely acquired debut novel of all time prior to publication. It has been sold in 38 territories around the world (that’s a lot of strange languages), with Oscar winner Scott Rudin pre-empting the film rights for Fox and Pulitzer Prize-winning playwright Tracy Letts contracted to do the movie script.

The Woman in the Window is a book based mathematically on Alfred Hitchcock’s 1954 film “Rear Window,” considered one of the greatest films ever made. The Woman in the Window, however, is a hackneyed paint-by-numbers plot that tags onto the current menace of “girl” books. It’s worked before and was calculated to work again: If you build it, they will come.

Finn is a pseudonym for William Morrow publishing executive Daniel Mallory, formally a book critic himself. The initials are perhaps a scheme to pass off as a female author, joining Gillian Flynn and Paula Hawkins on the money train. In these times of fake news and alternative facts, The Woman in the Window brings the con to book publishing. It’s a sure hit – HarperCollins paid seven figures for the book – and with all that horsepower, it’s worth reading if you’re in the hospital, on a long flight or fancy a cheap thrill and aren’t easily insulted.

However, the real find for the first of the year is Thomas Perry’s The Bomb Maker, a Jan. 2 release from Grove Atlantic’s Mysterious Press. Perry is a prolific and talented fiction writer with 23 titles, including big hits with The Butcher’s Boy, Metzger’s Dog and last year’s The Old Man. And surely his reputation as a consummate crime fiction writer, if it needs burnishing, will be lucent with The Bomb Maker.

The story goes that a retiring, fastidious, unnamed psychopath got it into his head to match wits with the highly trained, skilled and fastidious Los Angeles Police Department bomb squad. He configures secreted bombs with numerous, ingenious redundancies with the intention of blowing up the entire squad of 30 LAPD ordnance specialists. His first incursion is at a house in an ordinary L.A. suburb. The purported homeowner, claiming to be out of the country, calls the department saying he has just received a call that a bomb is rigged and about to blow up his house.

One of the LAPD’s many explosive ordnance disposal (EOD) teams goes to investigate. Outfitted in an 85-pound Kevlar and steel-plate bomb suit, team supervisor Tim Watkins cautiously approaches then enters the house. Observant of every detail his years of training and experience have instilled in him, he scrupulously studies every light switch, fixture and door hinge, looks for monofilament trip wires and tried to spot out-of-context objects or oddities. In the kitchen, he spies a small black box on a counter that begins blinking red. Muscle memory informs him to not run back the way he came but instead exit the building past the blinking box and out the kitchen door. He makes it to the middle of the small back yard before the house implodes upon itself, like the deliberate demolition of old hotels, and he is blown over the back fence into the alleyway.

Ninety percent of EOD calls are either false alarms or amateurish pipe bombs; this was the work of a pro. Unhurt, Watkins and his two technicians marvel at the complete leveling of the house, with the intact roof now where the first floor used to be. Other bomb squad teams come to study the masterwork. Fourteen are assembled when, unbeknownst to them, the big one goes off in the basement. All 14 are killed.

The Bomb Maker plants a hook by page 15. It’s a Mickey Finn slipped into your morning coffee that renders you able only to turn pages and hope the book never ends. You’ll meet the lionhearted bomb disposal maven, Dick Stahl, and there’s a wonderful, stoic love interest between him and the beautiful, plucky technician Diane Hines. It may go against department rules, even unethical perhaps, but it’s urgent in the presumption that neither shall live beyond the next call.

The Bomb Maker, and Perry’s seamless plotting and beautifully freighted characterizations, will win awards and be a keeper you want to read again and again.

The Bomb Maker is available at Maria’s Bookshop. Mention “Murder Ink” and get a 15 percent discount.