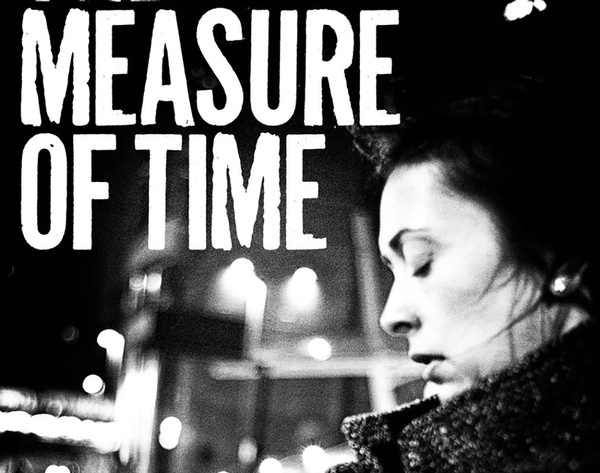 Bitter Lemon Press is a London publisher of selective crime fiction from Great Britain, Europe and South America. And in keeping with its selectivity, it’s represented in the United States by an exclusive public relations office in New York specializing in boutique foreign publishers and readers like us in the “Murder Ink” coterie who demand literary rather than bubblegum crime fiction. It’s a near-perfect arrangement that’s back again with a new and electrifying novel by a growing sensation from Italy, Gianrico Carofiglio, and his April 22 U.S. release, The Measure of Time.

Carofiglio had previously been a member of the Italian Senate and an anti-Mafia prosecutor in Bari, a port town on the coast of Puglia, where he prosecuted organized crime, corruption and the trafficking of people. The Measure of Time, which topped the best-selling list in Italy for three months and sold 350,000 copies, is the sixth in his Guido Guerrieri series that has sold, along with two stand-alone novels, over 5 million copies in Italy and an excess of 70,000 copies in English language editions. Carofiglio is of a special breed of suspense writer, in league with luminaries of a generation ago who didn’t write for the film contract.

The Measure of Time is a courtroom drama, let’s get that out of the way. But courtrooms and legal drama in Southern Italy are as different from the decorum of solicitors and the political correctness of English-speaking trials as Italian food differs from American fast food and chain restaurants. Passion is served up here, and while reading The Measure of Time you’ll want to pace yourself and know when to stop to think over what you just devoured. This is high-calorie consumption you’ll snarf up.

Carofiglio is a wordsmith, a maker of scenes stinking of important consequences, with subtle invitations to predict or judge. It really makes no sense to even briefly describe the legal foundations of investigation and courtroom drama, or even the characters in The Measure of Time. This is a book of words shaped so precisely you’ll be able to guess the number of heartbeats the players thrum anytime they appear. Some writers take you where you’ve never been through the fabrication of crime and chase; some through the veil of mystery or the noise of adventure. Carofiglio orchestrates, or maybe the better word is choreographs. What better venue to whisper a challenge not to feel the passion of words demanding your attention than the oily engine room of criminal defense?

As mornings begin, Avvocato Guido Guerrieri, smartly dressed and groomed, arrives suitably late at the office of his law practice, checks with his wingman, Pasquale, about any breaking news, and is handed a note and an explanation that “… at seven there’s a new client, a woman.

“Who is she? – with his usual slight aloofness, Pasquale leafed through the spiral notepad he always carries with him. Each one of us has something that identifies us and with which, assuming we’re aware of it, we identify. For Pasquale it’s his notepad.”

Delle Foglie, a surname, is all Guido is told, and of course he had time at 7 in the evening to meet with the woman in distress. And something rings familiar about that name.

Lorenza was her first name and indeed she was familiar, from 27 years ago, when she left his pad and his bed and his life, never to appear again until this night at seven o’clock. She returns to ask for help reversing the conviction of her 25-year-old son, Lacopo, sentenced to 24 years in prison for the murder of his putative drug dealer.

Guido is no longer attracted to this woman, but she is a revenant of his past affections, and he feels a hint of obligation. He interviews her son, Lacopo, in the prison attorney’s room and finds an indolent lout he immediately dislikes. He takes the case without good reason. And why does he take this case with conviction already adjudicated? Because Guido is Italian, and Italian men save desperate women. And to do that, he must rehabilitate the punk kid by having him retried on the merits of inconsistencies in his original trial that he has no idea exist.

So where to start, salted with why start and how? Carofiglio has elected to describe an investigation, manage and clean up a career criminal who’s the son of a former mistress who dumped him without notice almost three decades ago, and discover illegitimate law enforcement, unethical prosecution and wholly inadequate legal defense. And as an act of chivalry, do all this sans fee.

I could drone on with a spoiler or two to whet your appetite and illustrate Carofiglio’s acrobatic maneuvers. But The Measure of Time is such handsomely made theater that the spoilers won’t give anything away as much as deprive you from being enraptured by the warm and perfectly fitted encasement this story wraps ever so wonderfully around your reason to read.

Mention “Murder Ink” and get 15 percent off this title and others reviewed in this column at Maria’s Bookshop. n