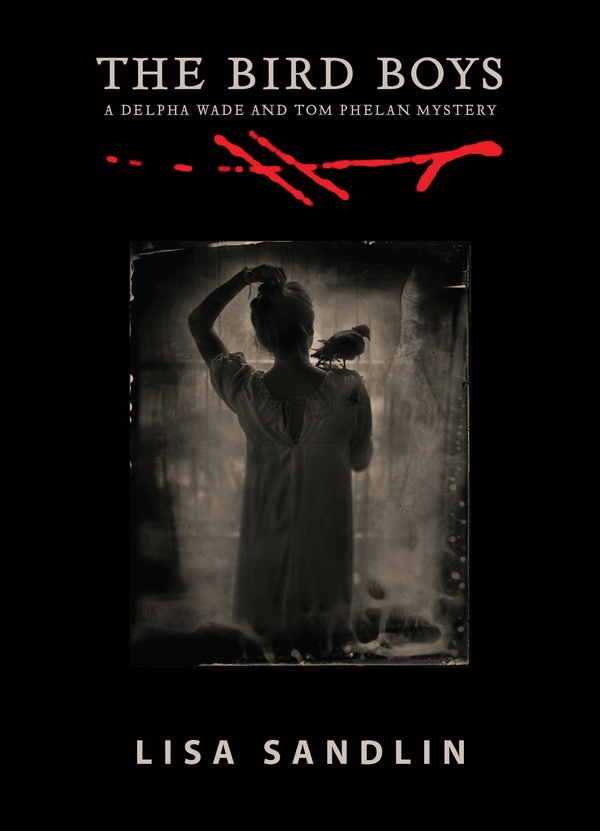 We’re back with another world-beater from heroic Cinco Puntos Press, the varicolored storefront publisher in the Five Points (Cinco Puntos) section of El Paso. Husband and wife Bobby and Lee Byrd have been publishing literature there since 1985 – 130 books, about 15 a year.

The corporate New York publishers don’t see much threat from the small indie presses. But if you’ve been following “Murder Ink” over the years, you’ve probably come to realize that the bantamweight publishers and indie bookstores are beginning to shake the foundation under the conglomerate heavyweights. Now, of course, the big houses are raking in profits like never before with every disgraced politician spilling his septic conscience over how he never really meant to follow the road of yellow bricks, despite the gold dust on his Gucci loafers.

“Murder Ink” gushed about Cinco Puntos’ Girl Gone Missing by Marcie Rendon last May, and now we have a near photo finish with the sophomore fiction title from Lisa Sandlin, The Bird Boys. Sandlin’s 2015 debut novel, The Do-Right, won the coveted Dashiell Hammett Award from the International Association of Crime Writers and the Shamus Award for the Best First Private Eye book from the Private Eye Writers of America. The Bird Boys will mirror those accolades and add some, if I have right the direction of the wind. This is a spectacular piece of writing coupled with another fully formed, unreliable female protagonist and a plot that’s finely textured with just the right gravitas.

We read fiction, particularly crime fiction, looking for satisfaction in three areas. The most obvious is reading for plot – a good story. Another is appreciation of good character development – people we get to know. And some read for the wordsmithing – exceptional writing. If you find all three in the same book, it wins prizes, and it will be well worth sacrificing a lunch out to buy it. Sandlin knows the craft, no question. Her writing is finely cultivated; we can feel we intimately know her characters. And Sandlin’s story is classic swindle, surprise, murder and coppers before P.O.S.T certification and ethics panels.

The Bird Boys is a classic private eye plot that takes place in the Southeast Texas town of Beaumont, on the Neches River not far from Port Arthur on the Gulf Coast. Delpha Wade is four months out of Gatesville Women’s Prison after having been convicted of voluntary manslaughter for killing a man with his own knife who was stabbing and raping her. She was in her twenties when she was locked up 14 years ago for something she’d be fe?ted for in most other states. She’s hollowed out, counting every caged hour for 5,000 days. Left Gatesville like a crate-trained lioness: nowhere to go or how to get there or why and for what.

With only four months out of stir, Delpha’s parole officer asks start-up PI Tom Phelan to give Delpha an interview for a secretarial job. Phelan’s a good man, a mostly honest former roughneck living off disability checks for a finger lost on a job. But he’s reluctant to take on the exposure of hiring a jailbird – how much lower will the cops think of him now? – and only agrees to the interview with full intentions of telling the ex-con the job’s been filled.

Delpha has head damage after being locked in a cell for nearly half her life, and she’s bled out of emotion. But she doesn’t want to go back to prison and needs a job to bridge the distance. Before Phelan can do his brushoff, Delpha answers a ringing phone, books their first client real smooth-like, makes up a file and answers another call. She politely refers to a dazed Mr. Phelan to see if he can fit the caller into his busy first-day in business. We pick up the story here. After Delpha proves invaluable, even smarter than her boss, they catch a case to look for a lost brother of a walk-in client with cash.

If you read Rendon’s Girl Gone Missing, you’ll never forget Cash Blackbear. If you read Sandlin’s The Bird Boys you will never forget Delpha Wade. There’s no sense pandering to your curiosities with a plot teaser. The Bird Boys has it all for a discerning crime fiction reader, and you’ll want to learn what came before and order The Do-Right. They’re both paperback originals of solicitous length and at the price of lunch.

And don’t forget to remind Maria’s Bookshop of your 15 percent “Murder Ink” discount.