Back to the beginning
Revisiting the works of the mistress of mystery, Dorothy B. Hughes 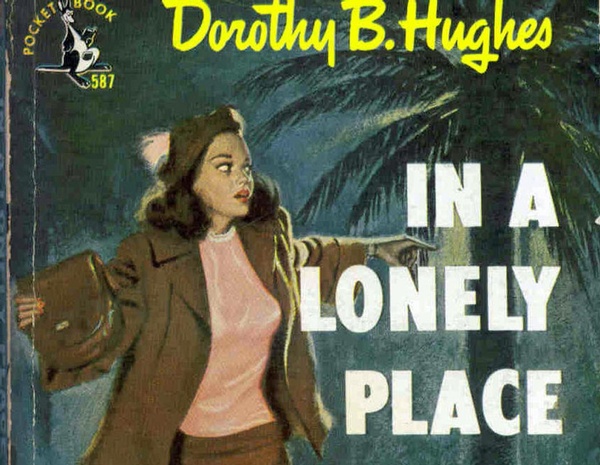 We need to slow this down a wee bit before we blow pistons through the block with the high octane “Murder Ink” fuel of the past six months. You’ve been reading the latest and the best in crime fiction: James Lee Burke’s crafty Robicheaux; Tom Perry’s amazing The Bomb Maker; Jenny Rogneby’s delightfully surprising Leona; Attica Locke’s new heights with Bluebird, Bluebird; Richard Lange’s crafty The Smack; and Denise Mina’s way-out-there The Long Drop. So put away the blood pressure meds for March and treat yourself to two books reissued by the publishing

arm of the New York Review of Books – the world’s leading literary periodical. Feel your pulse slow, your mind clear and your pride swell with the knowledge that you are reading what attracted many great modern novelists and discerning readers such as yourself to noir fiction in the first place.

In a Lonely Place by Dorothy B. Hughes was written in 1947. It is one of 12 novels she wrote between 1940-63, after which she devoted her time to raising a family in Santa Fe and reviewing crime-fiction for the Albuquerque Tribune, LA Times and New York Herald-Tribune. In 1951, Hughes was honored with a prestigious Edgar Award for Outstanding Mystery Criticism from the Mystery Writers of America and in 1978 was lionized with WMA’s Grand Master award. In a Lonely Place was Hughes‘ penultimate novel and considered, along with her 1946 Ride the Pink Horse, the best of her work. Hughes’ final novel, The Expendable Man, was written in 1963 and will also be considered here today, pairing up nicely with In a Lonely Place to show the depth and raw talent of an unpretentious wordsmith who spun tales of iniquity by ordinary and otherwise normal friends and neighbors.

In a Lonely Place is the story of former fighter pilot Dix Steele, who migrates from the East to Los Angeles after the war. He moves there to enjoy the good life and riches promised by a recovering economy and a new and improved mecca of opportunity. Dix lives off a stipend reluctantly proffered by his uncle after surrendering to Dix’s whining need to write a novel, of which he has neither the interest nor talent. He’s a lonely man, looking to scratch an itch he knows he has but doesn’t know where: cruising bus stops, darkened beaches and movie houses looking for solitary women with which to be “unlonely.” He remembers his wartime friend Brub Nicolai, now a police detective living in fashionable Santa Monica, and he’s welcomed as family into Brub’s home and social circle – Army buddies to the end. Dix is a penniless Jay Gatsby, a dashing poseur. He fits in more or less, ingratiates himself here and there. Over martinis, Dix is privy to Brub’s investigations, including a pesky serial killer of young women who have been found strangled at bus stops, beaches and down the block from cinemas.

Hughes establishes a tension that undergirds this nuanced story, without modern building materials of hyperbole, omniscience and unreliable narrators. Her prose is without an author. You come to suspect her story is as real as yours and mine and it comes with the wind or the heat. It is the thrum of loneliness and the stink of life itself.

Expendable Man is another simple, well-nigh-perfect study of despairing. We now call it “noir,” but life is indeed a journey of quiet desperation, and Hughes creates Dr. Hugh Densmore to give you leave to feel better about your own. Densmore is driving his mother’s white Cadillac from Los Angeles to the family home in a prosperous neighborhood of Phoenix for his sister’s wedding. Just outside of Indio, Calif., he sees a young woman, just a girl, on the roadside, looking stranded too far from town, frightened and desperate. He stops as most responsible drivers would. It’s 1963, life is civilized, he’s a doctor, she needs help.

He loads her up and is immediately sorry – she’s rude, petulant and possibly a runaway, and she’s going the distance to Phoenix to stay with her sketchy, nameless aunt. Densmore resolves to drop her at the bus station in Blythe, not wanting her intolerable company and wary of transporting a minor across state lines. She gets out after he buys her a ticket to Phoenix for a bus leaving in 20 minutes. On the way back to the highway, Densmore is relieved but exhausted from the distasteful experience and decides to spend the night and finish the trip with an early arrival the following day. The next morning, at the Arizona border checkpoint, there she stands with her sunburned freckles and dirty blond hair, her bundle and obnoxious grimace. She gets into his car, and with no alternative, off they go to Phoenix.

I don’t want to spoil this story for you; you can see the possibilities of how this might incrementally go wrong. Oh, did I mention that Hugh Densmore is black?

Dorothy Hughes’ books are short, as mysteries should be, and bankable every one. Buy these books with a 15 percent “Murder Ink” discount at Maria’s; they’re paperback and nearly cheap (swap lunch at Ken & Sues one day for them both, or go to Nini’s and buy In a Lonely Place). 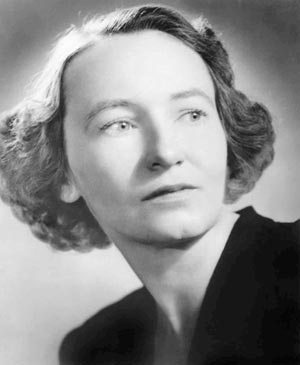