Blood on the tracks
'The Fragility of Bodies' by Sergio Olgui?n brings Argentinian noir to the States 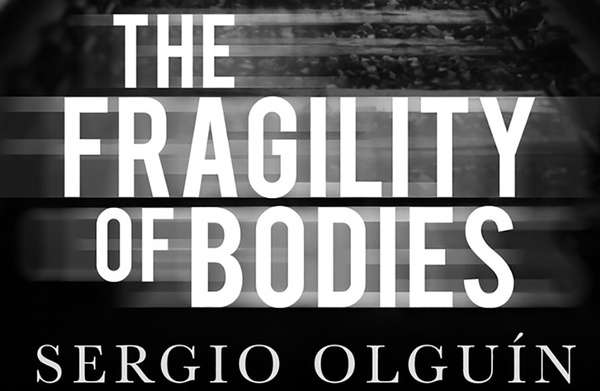 Ah ... the alluring, venal Argentine; the salacious Buenos Aires. This history, the infamy of the most diverse ecosystem in the world, with its turbulent politics, revolutions, dictators, and the tango, like raw meat hanging at the bottom of South America. It’s the home of Juan Pero?n, with a whole political movement his namesake: Peronism and Peronists, uniforms and warships, militants and guerrillas, the villainous wife Eva, and a chicken in every pot – everybody works, everybody dances. Where else would novelists be sure to find the grift, and where else besides insatiate Paris would social dumpster divers find good stuff? And where would “noir” find the antiheroic and become a genre if not in Buenos Aires?

In case you haven’t guessed, “Murder Ink” is going to Buenos Aires this month with a plodding, traditional noir novel of crime and intrigue from a country that practices that South American insouciance in affairs of state, jurisprudence, policing and sexuality. Buenos Aires famously bubbles over with unexamined excess, arrogance and crime. Novelist Sergio Olgui?n nearly brilliantly portrays the hierarchy of the underbelly of this steaming city through the snooping of journalist Veronica Rosenthal in The Fragility of Bodies, published by Bitter Lemon Press in London. Released a couple of weeks ago, it is the first Ol-gui?n book translated into English. We shouldn’t have had to wait so long to enjoy the high-calorie work of this Argentinian penman. A true crime fiction reader can’t maintain that gold card without seeing the backside of Buenos Aires through the eyes of this talented observer.

Veronica is a wise-ass newspaper reporter growing bored with dipshit assignments until the paper’s crime reporter goes on vacation. She’s a thirtysome-thing-year-old copy of Oriana Fallaci and Martha Gellhorn in the fearless, woman reporter category. She is drawn to the front lines with no thoughts of danger – a shot of whisky, a cigarette, and down the rabbit hole they go. In The Fragility of Bodies, Veronica slinks into the morning editorial meeting at Tiempo Nuevo, sleep-deprived, hungover and bored, anticipating another routine assignment. On the wire she sees that a railway employee killed himself by jumping from the roof of an apartment building onto the road and into traffic, snarling street movement for more than an hour. The chatter around the newsroom is about suicidal psychopaths and not reporting suicides so as to not encourage more. The writers jape about why he didn’t just jump in front of a train to punish his fellow employees and how the bosses in Buenos Aires all suspiciously dress too well and spend too little time working.

It’s a story, maybe a big story. Train driver Alfredo Carranza had left a note saying he was killing himself because he couldn’t live with the guilt of having committed murders. What murders is a dog whistle for a beat reporter, and Veronica is on the scent.

The Fragility of Bodies is a tour de force revealing a hierarchal Latin country built on corruption. It seems that Buenos Aires has a highly developed rail system and a surreptitious syndicate of men with fancy cars and fake gold wrist- watches who bet on which of two young boys will be the last to jump out of the way of speeding trains. Every train driver has witnessed the harrowing sight of youngsters in the big headlight, most have watched more than a few get juiced by their unstoppable tonnage of steel speeding through the night. The murders that driver Carranza admits to are children he’s turned to pulp on the glass.

The Fragility of Bodies is a visit to another culture, and the indomitable Veronica is our knight errant and someone you don’t want to marry your son. This is a splendid work of fiction with a fascinating plot by a very careful and talented writer. It’s a paperback original that’ll set you back the cost of lunch and a beer. And Maria’s Bookshop will give you 15 percent off of all “Murder Ink” books.