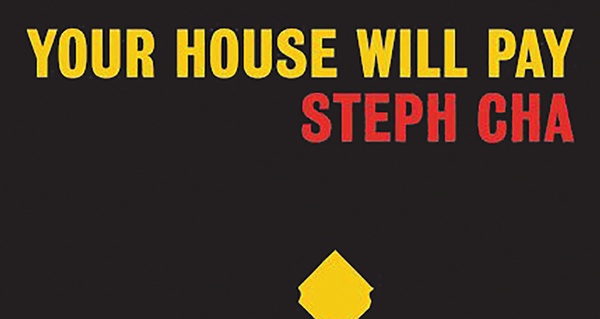 Novels – like movies, music, fashions, trends and fads – keep on coming regardless of quality, need or preference. I’ve mentioned before that I peruse on average 10 crime fiction books before I’m seduced by exceptional writing and lured by canny plots to finish reading and recommend one.

Do the math: You’re hearing about 10 percent of the books in this genre that are worth my time and your time reading. And that’s probably an even smaller percentage when you figure that I miss a few new releases from new or slothful publicists, and I occasionally get left behind for a time as authors or publicists change companies and have to rebuild their list of reviewers.

In my correspondence with publicists, I never fail to assert that I am interested in only “literary” crime fiction, and that’s defined in Webster’s Unabridged Dictionary (The Big Dic) as “writings in which expression and form, in connection with ideas of permanent and universal interest, are characteristic or essential features,” and writings that “provide insights about how society has evolved and about the societal norms.”

In the canon of literature, we think of the great Russians Dostoevsky, Tolstoy, Gogol and Chekhov. And the French Andre? Gide, Albert Camus, Sartre and Samuel Beckett, and the more modern crime fiction giants, Georges Simenon and Pascal Garnier. To those we add Hemingway, F. Scott Fitzgerald, James Baldwin, Saul Bellow, Truman Capote, Ralph Ellison, Toni Morrison ... and the list accretes with the test of time, but it is never more than a sliver of the writers and books published.

Forgive me for the allocution, it’s just that this month’s “Murder Ink” features a contender for literary eminence. Your House Will Pay, written by Korean-American novelist Steph Cha and astutely purchased by HarperCollins Publishers for their Ecco imprint, may very well be one of those canonical books. We’ve read more than a few recognized and awarded writers of literature in “Murder Ink” reviews.

But Cha’s Your House Will Pay freezes a cultural wince in a snapshot of history that shouldn’t simply be understood as a headline in newspapers or from the pandering snippets of broadcast rectitude.

In the spring of 1991, on March 3, four white Los Angeles police officers were filmed beating nearly to death a defenseless Rodney King after a
traffic stop in the middle of an intersection in South Central L.A. The battering with batons, fists and combat boots was widely televised, and on April 29, 1991, after a jury acquitted the four cops of using excessive force, rioting escalated throughout the L.A. metro area. Over the next six days, the nation watched as lives were lost and property damage escalated to over $1 billion.

Meanwhile, on March 16, following two weeks of agitation in the black community over the Rodney King incident, African-American teen Latasha Harlins was shot twice in the back of the head in a Korean convenience store by female cashier Jung-Ja Han, who was similarly acquitted of wrongdoing.

Your House Will Pay is a literary interpretation of these events by descendants of murders impassioned by the unchanging times 30 years apart. Only through well-crafted fiction can we see the verities behind the historical PowerPoint. Ms. Cha will win a slew of awards for Your House Will Pay, and you and I will be wiser for the reading. What a book!

Pick up you copy of Your House Will Pay at Maria’s Bookshop and be sure to ask for the “Mu der Ink “15 percent discount.