Cure for the end-of-summer doldrums
Despite mundane title, Our House, by Louise Candlish, a fascinating read 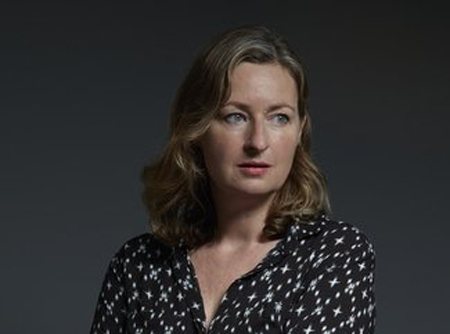 August has been bleak on the “Murder Ink” floor of the Durango Telegraph office in downtown Durango. The notable summer titles saved for halcyon beach days and hot, wasted Sundays on the porch have been reviewed in these pages – Waking Lions, The Shadow District, Night Blind, Under a Dark Sky, A Perfect Shot, A Stone’s Throw – and every year, we wind up with the reader’s orphan month of August. It’s time of year everybody could do without, including publishers who can’t do without publishing something to bridge them back to the profitable days of cold weather torpidity and book buying.

As your humble servant, I have braved the wretchedness of August heat and mosquitoes. I have read my eyes bloodshot scrutinizing books about missing children, one after another; serial killers with creative aspects; unstable women seeing things out the back window; tough, sexy, lonely, troubled policewomen headed for suicide. And among the dross and drek, Penguin Random House has gone to England to find Our House, a very smart mystery by a very talented Louise Candlish.

Our House is a great book with a lousy title that shouldn’t deter you as it did me. As I threw my 10th August book across the floor, I opened the remaining one with the repellant title, crestfallen and contemplating a career change.

Our House is a rarity for more than just August. It is sensational, told through various unsettling narrations including that of 42-year-old Fiona Lawson, the primary victim of  domestic treachery. She tells her nearly unimaginable story in the serialized broadcasts of Season Two, Episode Three of “The Victim,” an acclaimed crime podcast where
“Each episode tells the true story of a crime directly in the words of the victim.”

Then there’s the ongoing, pathetic Word document describing in installments the approaching suicide of her husband Bram, guilty and equally victimized, hiding from even himself in Geneva. It’s a clever strategy, bringing the reader back and forth from the inside of a frantic event to witnessing calculated narrations, meticulously rendered to document outrage. Interlaced between these peculiar avowals is the real-time swindle that informs the public confessions. Sounds crazy maybe, but it’s dazzling.

Fiona and Bram live in a tony section of London with their two young sons. Their marriage goes stale for reasons unimportant to the story, and they agree for the children’s sake to participate in a “bird’s nest” parenting arrangement. Fi and Bram switch days in the home and in an apartment rented not far from home. Fi lives at home and sees to the dizzying routine of the kids during the weekdays, switching to the apartment on the weekends so Bram can maintain continuity for the kids and share parenting. The arrangement works, and rules are invoked about no recreational sex in the homestead, which Bram was discovered doing in the garden shed with a neighbor and the reason for the divorce.

Fiona comes home early from a weekend at the spa with the girls to find a moving van outside her home and a woman answering the door with a quizzical expression and a “Hi-can-I-help-you?”

The house had been sold; the kids are safe with Fiona’s mother; Bram is missing. The police come around, stumped about what to do. The new owners are sympathetic toward the hysteria overtaking Fiona. The estate agent and buyer’s attorney are passing around real real estate documents, and a take-charge neighbor arrives to referee.  Candlish creates the most extraordinary and fascinating situation that includes infidelities, blackmail, death threats, bunco artists and unbelievable contradictions of human instincts.

Our House took a long time to write (it shows and we’re thankful). It’s been picked at by more than a few talented editors (again, thank you). It’s just the godawful title that will prevent this outstanding book from achieving the prizes and possibly even the readership it deserves. Don’t let the publisher’s one (big) mistake cause you to underestimate this book. Our House saved August and would even light up a luminous December.

Mention “Murder Ink” and get 15% off this and other reviewed titles at Maria’s Bookshop. 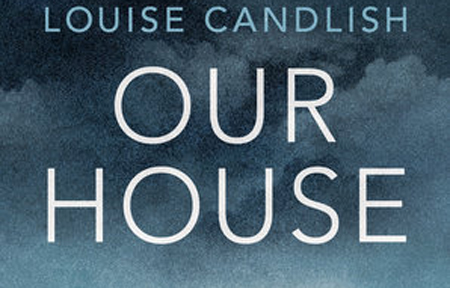