Diamond in the trough
Swiss crime fiction a slow-burn thriller 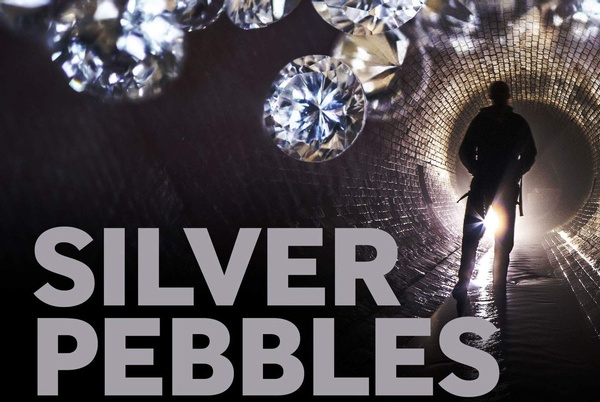 A treat this month in Murder Ink: A 208-page paperback from the Swiss journalist, essayist, dramatist and late-blooming crime fiction writer Hansjörg Schneider.

“Silver Pebbles,” respectably translated from German by Mike Mitchell, is Schneider’s 10th best-selling mystery and follows 2021’s “The Basel Killings.” So we’re up a flight from the ground floor with a police procedural that appeals to the intellect of a crime fiction reader (yes, we have some of that), without the theatrics of chasing down forensic threads, footprints, blood spatters or DNA on cigarette butts and sirens blaring down streetlight-lit streets.

Herr Schneider is a polemicist, and the two books of his I’ve read follow the yellow brick road to the wizards of industry, politics and criminal justice untouchables in their bespoke suits, exclusive clubs and blame games to hide their incompetence and thievery.

“Silver Pebbles” is a book to be read in a day in order to bring out its charm and reveal the subtle talent of Hans Schneider (certainly nobody calls him Hansjörg).

Basel police get a tip from counterparts in Frankfurt that a dapper, 35-year-old Lebanese drug mule by the name of Guy Kayat is arriving by train with a tiny bag of near-perfect diamonds in payment for drugs supplied by an unknown Basel consortium.

Customs officials walking through passenger cars spook the normally overweening Kayat, who lights a cigarette, begins coughing and rushes down the train aisle hacking and gagging to the men’s restroom. In a paroxysm of fear as the customs inspectors knock on the door, Kayat opens his travel bag, finds the diamonds in the false bottom and transfers them into a condom. He sprays shaving cream on his hand, slathers the condom and shoves the treasure, uh, where the sun doesn’t shine. He then positions his trousers and opens the lavatory door as he retches in the wash basin.

At the Basel train station, Hunkeler and his men are in position to apprehend Kayat for questioning. He’s a known smuggler, and their tip from German police is reason enough for Hunkeler to put the screws to him if, for no other reason, than to impress upon him that Basel must not be trivialized.

Kayat sees the trap as he disembarks, panics even more earnestly and runs through the terminal to the spacious men’s lavatory where he disgorges a million dollars’ worth of near flawless diamonds into the toilet, and flushes.

Erdogan Civil, 38, in Basel as a seasonal worker from Turkey, was in the Basel sewage workers’ changing room after six hours underground maintaining Basel’s vast sewage system. Erdogan was always the last to shower, and when he came to his locker in the changing room, Burger, his supervisor and a fair man, ordered Erdogan back into the sewers to clear a blockage under the train station. Such a request was not uncommon from a busy hub of travelers who heedlessly throw diapers and soiled underwear into toilets before going into the city.

You probably know where this is going, and it is the crime and aftermath that makes “Silver Pebbles” such a different and intriguing story. Erdogan dutifully takes one of the utility vehicles and a long pole with a hook to the train station main underground sewage collector, climbs down the rusted metal ladder, finds the junction coming from the train station, sees the blockage, digs at it with the hooked end of the pole, pulls and yanks, sees some seepage, pulls out a woman’s green dress, more debris and swish – the clog comes blowing out into the big 9-foot main.

Done. Success. Time to shower again and go home to his Erika, a couple of beers and a night spooned against his adored woman, notwithstanding his wife and children in Turkey. Erdogan gathers up his lights, tools and pole, and before he makes his way back to the ladder, he sees sparkles in the stream of wastewater running down the main pipe. He bends to see closer something in all his years underground he’s never seen: little silver pebbles.

Diamonds! Erdogan picks up 42 large, shiny diamonds. He knows instinctively from their cut and size and brilliance that they have just made him a rich man who can now afford that small hotel on the coast in Turkey.

We’re on page 38 of a 208-page book. Nobody dies, the good guys win and losers lose big. It’s a lovely story. And Maria’s Bookshop will give you a 15% Murder Ink discount.