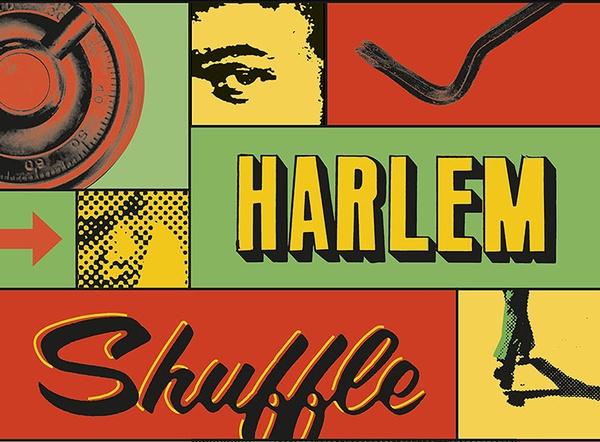 Colson Whitehead is a 53-year-old writer of nonfiction and fiction, born and living in New York City with a wife and two children. He’s a Harvard graduate and has won two Pulitzer Prizes for fiction, a National Book Award, MacArthur and Guggenheim fellowships, the Carnegie Medal for Excellence in Fiction, Library of Congress Prize for American Fiction and the Arthur C. Clarke Award, to name a few. In fact, he’s been a finalist too many times to list at all the above as well as by university and European prize-givers who appear too self-conscious to give their top award to the same author year after year.

So how come many have never heard of Whitehead, or perhaps have heard the name but weren’t sure where or why? And why are you hearing it now in a “Murder Ink” column devoted to pedigreed crime fiction?

Through the resplendence of his prose and chiseled essays for the NY Times, The New Yorker and Harper’s Magazine, Whitehead – who is Black – is an ambassador of people of color. His writing advances a justice whose time should never have had to come. He joins the ranks of Ralph Ellison, Richard Wright, James Baldwin, Langston Hughes, Malcolm X, Rosa Parks, Maya Angelou, Alice Walker, Toni Morrison – and the many dozens of lesser-known but influential writers and orators before him.

Whitehead has written eight exquisite novels that qualify to be considered among the pantheon of such crusaders. But unlike most of the other change-makers, his message seeps in through scenes of imaginary stories and people. What brings Whitehead’s work to “Murder Ink” is Doubleday’s September 2021 release of Whitehead’s “Harlem Shuffle.” Nearly qualifying as crime fiction, it’s a clear eavesdrop into the daily life in the notorious uptown section of New York City’s Harlem, which shares a reputation for crime, poverty, jazz nightclubs, street music and bent cops.

Ray Carney has risen modestly above the siren call of the street hustle and fell-off-the-back-of-a-truck wholesaling, even though his father kept his hand in the life and wound up behind bars. He started a used and inexpensive furniture store selling sofas and TVs, radios, kitchen tables and chairs, beds and lamps and rugs recycled from those who skulked away or moved up, as well as midtown dealers who couldn’t move cheap quality. Carney was an up-and-comer on 125th Street in Harlem. A proud man with a wife and kids and ambition to move to Riverside Drive where there were trees and shrubbery and the mighty Hudson River to gaze upon while the sun set.

Carney paid off his precinct detective every week to ensure that his storefront windows didn’t get broken. He eventually expanded the store when the one next door went vacant. He had a beer on occasion at his local bar. And he fenced stolen TVs and radios to Aronowitz downtown on 23rd Street on Radio Row.

Slowly but profitably, Carney made almost as much dealing in small, stolen goods as he did selling home furnishings. He wasn’t a thief, as he saw it; he was a businessman with the brains and contacts to do a little side business that kept the borough fed, clothed and profitably unemployed. That all changed when his cousin Freddie popped in one day after another stint in lockup.

Freddie was working for Miami Joe, doing occasional robberies, working toward being trusted and matriculating to bigger jobs and real money. He tended the furniture store for Carney when Carney had to visit downtown. He was good-natured, a natural salesman, but Carney believed that “Freddie’s common sense tended to fall out of a hole in his pocket.” As the presumptive father figure, Carney fenced a few odds and ends for Freddie – hey, a guy’s got to make a living.

Suffice to say, Freddie and Miami Joe and Chink Montague and Lancelot St. John and Delroy and Yea Big and Biz Dixon and Chet Blakely and another half dozen denizens of Harlem were to change Carney’s sleepy side hustle. This came primarily from Freddie’s heist of Lucinda Cole’s heirloom diamond necklace from the Hotel Teresa’s creaky vault (the Waldorf of Harlem and the “theater for daily and sometimes hourly spectacles”).

“Harlem Shuffle” is a rich and redolent story of Harlem’s Black culture. It’s an endearing, normal and necessary glimpse into the workings of a colorful and functioning community of very real people doing all the wrong things.

If you consider yourself an inveterate reader and know the difference between literature and commercial whodunits, don’t miss this one. And don’t forget to ask Maria’s Bookshop for your Murder Ink 15% discount.