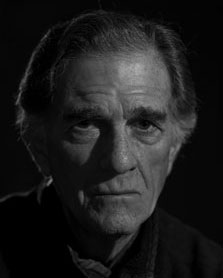 With no word limit for “Murder Ink” on the Durango Telegraph’s website, and as promised last month, here comes a flood of short reviews of books every one of which will thrill mystery readers down to their socks.

They’ve been piling up threateningly here on my desk, an oddity that so many outstanding books should come along one right after the other, but a gold mine for those of us who are seriously addicted to reading and hopelessly strung out on crime fiction. The challenge is to read as many as you can before September so we can get caught up and back to a book a month, and for September, I have a blockbuster I’m just about finished reading that will knock those socks off.

- Twisted River by Irish writer Siobhán MacDonald, a March 2016 release by Penguin Books, is a very exciting read while at the same time being a mid-list book that isn’t all puffed up or positioned to win any prizes for its prose. And since we’re not awarding any prizes, Twisted River will fill the bill for page-turning, obsessive reading about a family in New York City arranging online to trade homes and vacations with a couple in Limerick, Ireland.

Trading homes has always been one of those iffy things fraught with expected disappointment and more than a little creepy when thinking about strangers having access to your personal and very private lives. It’s done all the time, though, but not usually with the unintended consequences of New Yorkers Hazel and Oscar Harvey and their two preteen children.

You see, the O’Briens of Limerick have a few secrets accompanied by a few enemies. And the Harveys of Manhattan are also taking time away from what may be insurmountable difficulties. Murder shouldn’t ever be about mistaken identity.

- Rain Dogs by Adrian McKinty, a March 2016 release by Seventh Street Books, is the first of the many Northern Irishman’s books I’ve read that I wish to refer to “Murder Ink” readers. McKinty writes big screen novels about Detective Sean Duffy of the Belfast police, a Catholic in Protestant Northern Ireland during “The Troubles’’ of the 1980s.

Duffy is bigger than life, tougher than nails, sexier than hell and a top detective in the mold of a mindful James Bond. I couldn’t get along with Sean Duffy in McKinty’s other novels just because of the James Bond macho persona, but I finished every one of them because McKinty is the writer version of the macho Bond and can pound those keys into submitting a dense, fast-paced thrill-ride of a story. Rain Dogs, though, is an outstanding murder mystery about journalist Lily Bigelow who is found splat on the courtyard pavers of Carrickfergus castle of an apparent suicide.

Mystery readers will know that apparent suicides in crime fiction are never suicides no matter how apparent, and Sean Duffy spins a nonchalant investigation around how the lovely lass wound up where she did as dead as she was and why. You’ll be up late with this jet-propelled book.

- Close Your Eyes by Michael Robotham, an April 2016 release in cloth by Mulholland Books. Here’s a man who knows how to write crime fiction. This book and his other 10 mystery novels are major releases for good reason: he’s a pro and his books are constructed out of steel and concrete to stand tall and impregnable. I have had trouble, I must admit, with previous Robotham plots, seeing them as thin for their big production, but Close Your Eyes is one of his best, in my opinion, and I am happy to recommend it.

Close Your Eyes is the story of clinical psychologist Joe O’Laughlin who has been forced into a case of a brutal and ritualistic double homicide in a sleepy town. This happens when one of his students disrupts a police investigation and barges into the headlines with wild prophesying about the motives and identity of the murderer.

This is a thrilling cat-and-mouse tale told from the perspective of a sadistic psychopath and a determined profiler. One might label this as a book you take on a long flight and leave behind, and it may be. But Close Your Eyes is solid and good and expertly designed, and should be read by all hardcore crime fiction readers.

- A Fine Line by Gianrico Carofiglio, a May 2016 release by Bitter Lemon Press of London, translated from Italian by Howard Curtis. Carofiglio is a lawyer (avvocato), past member of the Senate in Italy, and a former anti-Mafia prosecutor in Bari, a port on the coast of Puglia in southern Italy – so already you know this story is going to be good if only Carofiglio can write. And Carofiglio can write molto bene.

Italians are unlike the Americans or the French or Brits or Germans, or just about anybody else in the world. And this is especially true of Italians from the south, as the charming books of Andrea Camilleri prove at least about the Sicilians.

In A Fine Line, Judge Pierluigi Larocca has been accused of corruption – taking money to drop criminal charges – so he engages the services of the successful, charming defense counsel Guido Guerrieri, who practices in Larocca’s court and cannot refuse the endorsement. The following story is full of hijinks, astute lawyering, clumsy reasoning, obvious everyday lies, and a rich palette of Italian posturing. This is one of the great glimpses into the absurdity of Italian life as seen through the microscope of the legal system. At 280 paperback pages, it ends too soon.

-  Maestra by L.S. Hilton, an April 2016 release in cloth by G.P. Putnam’s Sons. A stunning book by a stunningly beautiful young woman. Certainly influenced by Gone Girl, Girl on the Train and The Typist, Maestra may be chick-lit, but it is a most entertaining story of a country girl with delusions of grandeur and expectations of fanciful living who sets about teaching herself haute culture and winds up in the best art auction houses in London, disappointedly as a coffee gofer.

With a girlfriend, she takes a job to augment her income and aspirations at a champagne bar as a well-compensated companion for lonely drinkers. From there, it’s the French Riviera with a champagne bar “client,” murder, recomposed identity and an art forgery that engenders blackmail, rich men’s orgies, millions of dollars, and a walk into the sunset with a new name, new hair, big sunglasses, knock-me-down stilettos and … oh, I may have gone too far. No I haven’t, come to think of it. You’ll just have to spring for the $27 to find out. Think of it as lunch for two at the Palace, then cancel lunch and buy Maestra.

- A Quiet Place by Seicho Matsumoto, an Aug. 16 release by Bitter Lemon Press of London, translated by Louise Heal Kawai. A spare and determinedly noir story, as only the Japanese can tell, of a very ordinary middle-management Ministry of Agriculture and Forestry worker who received a phone call while on a business trip advising farmers that his taciturn, unaffectionate wife has been discovered dead from a heart seizure in a cosmetics boutique in a tony red-light district of Tokyo.

Tsuneo Asai is not happy with the circumstances of his wife’s death and so begins an investigation during his very spare time between obsequious attention to his career advancement. He suspects his wife of having an affair, which indeed he confirms. Asai follows his wife’s paramour by train to the sanatorium where his wife is a patient, and in the woods a short walk from the train station, he kills Konosuke Kubo by bashing his skull with three rocks. He sets off in the dark, walking back to the train station to return to Tokyo. One car only comes along the country road, stops, picks him up and takes him to the train station.

Everything develops seamlessly. Asai resumes his dedicated occupation at the Ministry. Then comes a request for Asai to address the farmer’s union of the prefecture where he killed Kubo and was given a lift to the station by two farmers.

No drama, no histrionics. A story of the composed face of honor as it slowly crumbles from unseen cracks. This is a terrific, short book by one of Japan’s literary treasures.

I have a few more but you already have too much to read here. I’ll give you the titles, though, and leave it up to you to pursue or not with one of the booksellers at Maria’s. These forthcoming books are short, noir reprints from earlier times by specialty publishers. And they’re terrific for sophisticated fiction readers.

- Too Close to the Edge by Pascal Garnier, translated from the French by Emily Boyce and published by Gallic Books of London. A widowed grandmother living in the country is helped out of a car mishap by an attractive stranger on foot. The courtesy is rewarded with lunch and results in a relationship where the devil takes the hindmost. It’s a lovely, suspenseful, satisfying short read from one of the genre’s masters.

- Black Wings Has My Angel by Elliott Chase, reprinted in 2016 by New York Review Books from the original 1953 Gold Medal Books. This is a classic story of a doomed love on the run by one of the original authors of the American noir fiction canon. When Tim Sunblade escapes from prison, his sole possession is an infallible plan for the ultimate heist. He needs an accomplice to pull off the caper and finds one in a “curiously well-spoken ‘ten-dollar tramp.’ A short, bacon-and-eggs priced paperback that careens through a landscape of desperate passion and wild reversals. It is a journey you will never forget.

- The Gunman, The Prone Gunman, 3 to Kill by Jean-Patrick Manchette. Translated variously from the French, published in 2015 by City Lights Books, San Francisco. Again, short, classic noir reprints that will have you wondering where you’ve been all these years.