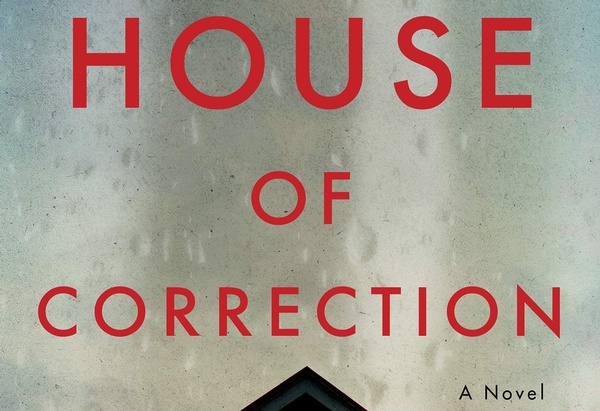 Nicci French is the pseudonym of the English husband-and-wife team Nicci Gerrard and Sean French. They’ve written 23 psychological thrillers together since 1997, and each has written separately, including Sean’s biography of Jane Fonda and a 2019 nonfiction book by Nicci titled What Dementia Teaches Us About Love.

I’ve talked about midlist writers and their books before, and how they are routinely good and are the backbone of the publishing industry. They’re the books that don’t get the publicity hype but pay the rent; and they’re the writers who often have real talent but seldom if ever get interviewed by Terry Gross.

Nicci French books are the center pole holding up the William Morrow tent, and I can’t remember reading one of their books and being disappointed. This is true of their latest House of Correction, issued in paperback last October and, as is their way, an addictive journey that contradicts the belief most of us have that we read too slowly.

Tabitha Hardy, a single, freelance science-book editor, moves back to her hometown village of Okeham, England, where she buys a ramshackle house with an inheritance left by her mother. She is hoping to get away from the hubbub of London and the emotional problems that have caused her to misremember and not remember and blank out over everyday happenings. She feels she has medicated and palavered enough to live a quiet, simple life.

We learn these elemental things about Tabitha long after she’s been arrested and charged with murdering her neighbor Stuart Rees; long after we learn that Stuart Rees was Tabitha’s high school math teacher in Okeham and had sexually violated her numerous times in the back seat of his car; long after Tabitha fired her public defender Mora Piozzi for refusing to believe she was innocent of murdering a man with a knife.

Tabitha decides, amid ridicule from everyone on the other side of the bars of her jail cell, to defend herself. This, despite that Piozzi advises her it could lead to her execution if she doesn’t take a plea bargain for some obscene number of years for something Tabitha and we readers can’t believe she’s guilty of.

We speak of locked-room mysteries – the trickiest, most mysterious of whodunits – made popular by Agatha Christie and Arthur Conan Doyle, Stieg Larssen’s Girl With the Dragon Tattoo, Peter Lovesey with Bloodhounds, and the wonderful Adrian McKinty with In the Morning I’ll Be Gone. With House of Correction, Nicci French has put an entire mystery within the confines of a jail cell, a meager prison library and a courthouse, where Tabitha knows nothing about defending herself except that she’s innocent.

House of Correction is a most apt story for these times of devolving democracy and the rise of political chauvinism. This naive, emotional young woman was overwhelmed by her arrest and detention on charges that were too conveniently reached by high school bullies now behind tin badges. A delicate, fragile introvert whom we see empowered by prison inmates to find the fight mechanism we’re all endowed with.

Did Tabitha kill Stuart Rees? We have to go to a sniggering courtroom to find out. How could you resist that? n

Mention Murder Ink and get a 15 percent discount on this and other books reviewed here at Maria’s Bookshop.