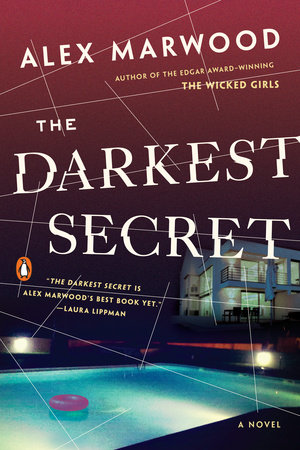 Alex Marwood (pseudonym for British journalist Serena Mackesy) is one of a handful of the best new writers working in fiction today. The Wicked Girls was discovered and reviewed for “Murder Ink” readers in 2013, and it went on, as predicted, to win a prestigious Edgar Award. The Killer Next Door, an October 2014 release, won the Macavity Award for Best Mystery Novel. Now, The Darkest Secret will blow the doors off conventional mysteries and place Marwood even more firmly on a trajectory headed for literary prominence and once again distinguish Penguin Books for their keen eye.

Marwood is in the new wave of fiction writers — those who partner with the reader instead of hold forth and drive from the back seat. Plot is of course necessary to stage the drama and give it legs, but what the new “grip lit” novelists practice, especially across Europe and in the U.K. from where Marwood writes, is character-driven psychopathology growing grotesquely from singularities we can all recognize within and among ourselves and our associates. In its entirety, trading in character flaws is chilling and tension filled. One character or another or all can exhibit normal or nearly normal behavior until intrigue drives them to think and do things unspeakable but near enough to what we ourselves might think or do. It’s edge-of-the-seat stuff Alex Marwood trades in, and it’s narcotizing.

Others in Marwood’s rarified stratum, ones that I can think of immediately, are Lori Rader-Day with The Black Hour and her remarkable Little Pretty Things, and Lynne Raimundo for her Mark Angelotti series, both from Seventh Street Books, another publisher leading the way in avant-garde crime fiction. An additional and terrific mold breaker that comes to mind but is not quite as edgy is Suzanne Rindell with The Other Typist or an Amy Einhorn imprint of G.P. Putnam’s Sons, my original publisher of two books.

The Darkest Secret begins with the very transparent secret of Sean Jackson’s narcissistic greed for attention, money and indiscrete dalliances. The plot alternates first from Jackson’s 50th birthday party with his wife; teen-age daughter Milly and friend; twin 3-year-old daughters, Coco & Ruby; and a gaggle of ne'er-do-well friends and their kids at Jackson’s high-end beach house, then 12 years later at Jackson’s funeral.

The twins and the children of the other guests are billeted in the guest house by the swimming pool, overseen in turns by mothers and older children and single women earning their chops among the poseurs of privilege. Jackson’s life is one of debauchery, and so his half-century birthday party that he himself threw is replete with booze, broads, recreational drugs and scant attention to his children. Everybody is there to entertain and be entertained; booze and cocaine and weed circulate continually; days turn to nights nearly unnoticed. Jackson’s second wife, Claire, and mother of the twins, bristles at her husband’s selfish grandstanding and so goes home after admonishing him and his ilk about staying sober enough to attend to the children, especially the baby girls.

The first e-mail broadcast goes out Aug. 31 by Maria Gavila, publicist to the rich and famous, that three-year-old Coco Jackson has gone missing, pleading irrationally for anyone who has seen Coco in the last 24 hours to please call.

The children were all asleep in the annex. Linda, Sean’s interior decorator and latest object of his vulgar attention, was earning points for her periodic bed checks. Defrocked Dr. Jimmy Orizio was present with his medical bag full of happy times (the same bag out of which too good a time emerged for hip-hop singer Miranda Chace, whose heart stopped on stage and earned Jimmy three years in stir). Popular guy was Dr. Jimmy, doling out new moods to everyone, including quarter doses to the kids so they’d sleep through the night impervious to the adult games.

Intertwined amid the time leading up to and following Coco’s disappearance is the reunion 12 years later of all the same actors at Jackson’s funeral. Back and forth — 2004 to 2016 — still nobody able to look anyone straight in the eye. What really happened to Coco? She just vanished without a trace, never to be found, not a single clue, no suspicious testimony. And no more parties for Sean Jackson except for the day everyone got together furtively for his send-off.

And then there was the box of Sean’s personal trinkets his fourth wife, Simone, gave daughter Milly who wasn’t present on the fateful night Coco disappeared. In it was Sean’s wristwatch, cufflinks, the usual tokens of a long life, plus the bracelet worn by Coco that matched the bracelet still being worn these troubled 12 years later by twin sister Ruby. 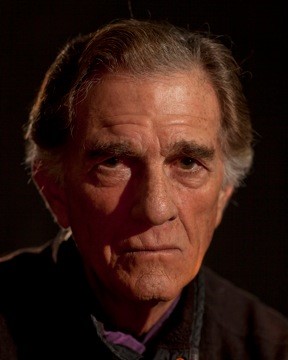