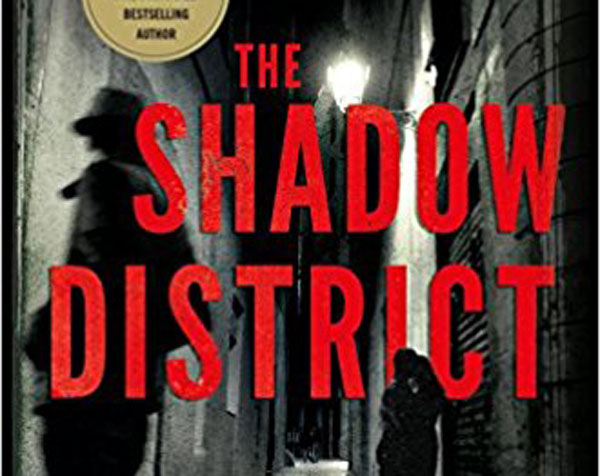 It’s been many years ago now that a friend at New York Review of Books challenged my snobbish dismissal of crime fiction as only worthy of simpletons and sent me Jar City by Icelandic author Arnaldur Indridason.

Besides never missing new releases by the great living novelists like Richard Ford, Ian McEwan, Cormac McCarthy, JM Cotzee, etc., I have read nothing but crime fiction since 2006, always ferreting out the wheat from the chaff, finding true literature in the genre, and delighting at seeing truly fine novelists discover and try their hand at this plot-driven convention.

Indridason, my first teacher, has yet another gem to add to his collection: The Shadow District, published by Minotaur Books. I feel the need only to say that The Shadow District is as good a place to begin reading Indridason as any of his previous 12 translated novels (exceptions having to be made for his prizewinning Jar City and Silence of the Grave). Think of reading Indridason as akin to a postgraduate degree in character development, place and time, literary tension and unreliable protagonists. He is required reading for anyone favoring crime fiction; the gold standard – and his latest illustrates exactly why.

With The Shadow District we have a 90-year-old man found dead on his bed, smothered with his own pillow. Konrad is a former detective now tagging along with investigators to fight the boredom of retirement. He finds newspaper clippings in the dead man’s home about the WWII strangulation of a young woman in the dangerous section of Reykjavik known as the Shadow District. It was a case he and an American military policeman investigated without solving. Could these two murders more than 60 years apart be connected?

Iceland is a Nordic island in the North Atlantic Ocean with a population of 350,000, and the only country in the world with 100 percent literacy. Iceland has produced proportionally more than its share of notable writers, most all in the noir cast, influenced no doubt by the stunning landmass of this starkly inhospitable and beautiful patch of tundra and water.

New to the Icelandic literary scene and following respectfully in the steps of Indridason is Ragnar Jo?nasson. His second book, Night-blind, also published by Minotaur Books, is a remarkable piece of work. Jo?nasson’s debut novel, Snowblind, published in Iceland in 2010, translated for the U.S. in 2017 and reviewed May 3, 2017, in “Murder Ink,” set Jo?nasson on the top shelf of international crime writers.

Nightblind is set five years after the events of his inaugural drama and again features policeman Ari Tho?r. He is trying to fit in and find acceptance among the solitary residents of a small fishing village up-island, who’s stoic residents have little use for newcomers and law enforcement – Ari in particular.

Then the unimaginable happens when the police inspector is found murdered in an abandoned house outside of town. Winter is approaching, there’s a menace in the icy air. Nobody dares kill a police inspector, especially execution style at close range. Razor cuts of Arctic winter etching his face, doors and minds closed quick and tight to his prying windburnt eyes, and his commencement from police recruit to duty officer not yet accredited, Ari Tho?r Arason, as fitting the son of his father, heroically nibbles at the village’s secrets. This is a terrific book, as is Jo?nasson’s maiden voyage, Snowblind. You’ll want to own these two books.

Some industry news: The Mystery Writers of America announced their 2018 Edgar Award winners last Friday at their 72nd annual gala in New York City. Bluebird, bluebird by Attica Locke (reviewed here Oct. 5, 2017) won for best novel. If you haven’t read Bluebird, bluebird, you unfortunately will have to be left back a grade.

Mention “Murder Ink” and get 15 percent off these books and other titles reviewed in this column at Maria’s Bookstore.