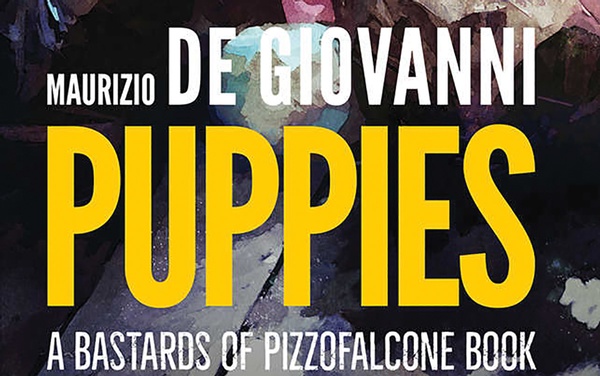 Jeffrey Mannix - 08/06/2020
The literary establishment has for far too long ignored or not taken seriously Italian novelists, crime fiction writers especially. There is a vein of humor in Italian tragedy, or if humor lands too flippantly, perhaps Italians are indeed imbued with la dolce vida. Whatever the condition, tragicomedy is the charm of Italian literature, and Americans have not fully embraced the drama beyond theatrical operas of the 19th and early 20th centuries by such masters as Puccini, Verdi, Donizetti, Bellini and Rossini.
Over the years, I have reviewed and gushed about the waggish Italian mysteries of Andrea Camilleri (some 27 of them), which revolve around Inspector Salvo Montalbano and the small police station in the fictional Sicilian town of Vigáta. You either love Camilleri or you haven’t read him yet – and you wouldn’t have read Camilleri before the 1994 salty English translation of The Shape of Water. It was translated by the brilliant Stephen Sartarelli, who is a regarded poet in France with uncanny intuition for Camilleri’s lyricism and without much doubt has made Camilleri a treasure beyond Italy.
However, for today’s “Murder Ink,” we’re diving a little deeper into esoteric Italian crime fiction with a book by one of Italy’s literary doyens, Maurizio de Giovanni. Puppies for the Bastards of Pizzofalcone, translated by Anthony Shugaar, was released in the United States two weeks ago by the prestigious Europa Editions.
The drama in this near-flawless book takes place in contemporary Naples, where de Giovanni lives and about which he writes. It is a study of desperate causes, beginning with a newborn baby, dressed in fine baby clothes, left abandoned beside a dumpster across from the Pizzofalcone police station. The station itself is scheduled for abandonment – currently is manned by tenured slackers and grifters shucked off from other precincts to wait out their retirement number and stay the hell away from real police work.
This assembly of short-time cops got the moniker “Bastards” from the real Bastards of a dozen years ago, who were brazen and dimwitted enough to have been caught peddling confiscated shipments of narcotics out the back door. Now the coterie are simply placeholders, with a couple of the original Bastards hanging around counting down months before ignominious retirement.
Something unspeakable goes wrong with this group of louts after Warrant Officer Romano dashes in with the expensively swaddled infant. Gears grind together, a century of combined police work bubbles up, and new resolve springs from the depths of lassitude to care for the baby and find its mother. And in the rush of confidence over saving the baby and solving the mystery of her appearance, cases begin to coalesce and the Bastards of Pizzofalcone emerge from ignominy to detectives of a shiny new legend.
De Giovanni is a painter of word pictures. His characters are dimensional; the uniqueness of Naples is vibrant; humor sprouts to ease tension so expertly built; life shimmers from the selection of words laid delicately on the canvas without even a hint of who put them there.
It’s a custom in “Murder Ink” to not reduce and regurgitate a plot. I don’t need to tell you what this book is about; I need to tell you that Maurizio de Giovanni’s Puppies for the Bastards of Pizzofalcone is a fully formed and wonderful drama not without charm, surprise, insight and levity. It’s a paperback original that Maria’s Bookshop will discount 15 percent if you mention “Murder Ink,” putting in your hands a book that will absorb and charm you for the cost of lunch downtown that you are better to avoid anyway.
And don’t you just have to know where the puppies fit in?