Keeping the droplet monster at bay 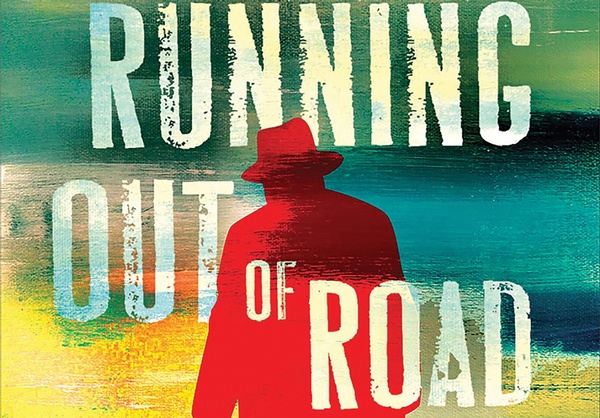 What everyone needs right now – besides booze and Valium – is some good reading to keep the droplet monster at bay and the mewl of isolation softened to a purr of contentment. You need Running Out of Road by the virtuosic storyteller and nonpareil wordsmith, Daniel Friedman. And because this scourge of overpopulation continues to inflict instead of resolve under our bloviating captaincy, you’ll need more than one book to stave off cabin fever. Therefore, you should order up A Long Way Off, Pascal Garnier’s final book published in English by Gallic Books last week in a slim paperback. The iconic noir writer died in 2010 and left the world of literary arts the poorer.

Regular readers of Murder Ink will recognize Garnier’s name from a number of chilling, erudite books reviewed in this column. And while Daniel Friedman may not ring a bell, his near perfect Don’t Ever Get Old will surely connect from a review I did in 2012.

Running Out of Road is the third life episode of retired Jewish detective Buck Schatz. Now 88 years old, he is feeling no remorse for a career known for his lead-filled leather blackjack, handy .357 revolver and a bulldog ferocity in defiance of a fully subscribed anti-Semitic Memphis police force.

In Running Out of Road, convicted serial killer Chester March, the oldest inmate in the United States after 35 years on death row, finally has an execution date. Chester’s conviction was the marquee achievement of Buck’s muscular career, and as execution draws near, March’s case attracts the attention of an NPR producer who argues that Chester’s conviction was the result of a coerced confession, exacted by Schatz.

Nobody contradicts Schatz, even propped up on a walker. You’re in for a big-screen story by a writer who knows how to bend the language for a mainstage show. And while you’re at it, you might as well order Friedman’s Don’t Ever Get Old. I haven’t read his other two books, but after reading Running Out of Road and being again suffused with Friedman’s intoxicant, I have them ordered.

Speaking of intoxicants, French noir maestro Garnier has again crept up to make us wonder about how stable our mind is. Garnier has written widely about ordinary people doing unordinary things, as a certain some do when nobody is looking. His stories are short – A Long Way Off is 124 pages – but his impression is deep, and his stories have the heft of books too
heavy to hold and linger like the stench of burning rubber. You wouldn’t want to read one after another just like you wouldn’t want to sit in a sweat lodge every day; you need a break between detoxifications. But you also wouldn’t want to not read all of his 12 English translations that you can get your hands on.

A Long Way Off is the account of the impromptu road trip a 60-year-old father takes with his grown daughter Anne, whom he visits monthly on the same day at a long-term residential institution for the disoriented.

For readers of Garnier – this is all you need to know to raise the hair on your arms. Garnier likes to take people away from their homes and put them in unfitting circumstances.

There’s trouble written all over the simple, generous, fatherly proposal to take a few days off and tour the countryside with his clinically unstable daughter, and Garnier is known to slave and anguish over every word he wrings from his sweated brow. Maybe that’s why his 600-page books pare down to a hundred-some pages, every one. NPR has commented that

Garnier makes bleakness pleasurable, and that his books are brief, brisk and ruthlessly entertaining.

A number of Garnier books drill deeper and keep the reader up later, perhaps all of them exceed the creep factor of A Long Way

Off. But this is Garnier’s final effort in his desperate attempt to get it right, and it’s good.

You can order these books from Maria’s Bookshop online or by phone. Ask for your Murder Ink 15 percent discount. And if you live within sneezing distance, they’ll deliver your book(s), sprayed germ free.