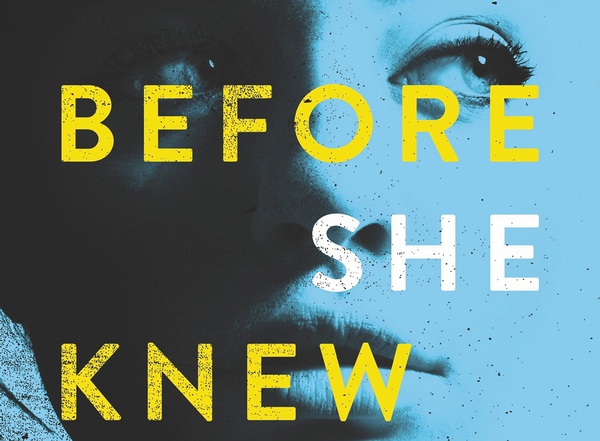 Crime fiction books are the most popular of all fiction published. And with all published books – fiction especially – big name authors fill the tent. But don’t carry the show. It’s the midlist authors who pay the salaries and the rent of publishers and foot the cash advances that attract the top names. And it’s the midlist authors who advance the entire literary genre and set the standard that the marquee wordsmiths learn from.

It’s the intention of “Murder Ink” to seek out the sleepers and find the obscure writers and off-Broadway publishers. Foreign publishers, small houses that publish perhaps a dozen or two titles a year, translations from the heart of noir crime fiction in Europe or newfound treasures from South America, Africa and Asia have been seeping into our domestic market. These make up the heart of the “Murder Ink” chronicles.

Of course, the United States has produced quality crime fiction authors, and “Murder Ink” has featured a great many of the truly outstanding ones, like Lou Berney, Greg Iles, Karen Slaughter, Sophie Hannah, John Hart and Walter Mosley, over the past two decades. And today I’d like to introduce an American author of great talent who, from the shadows, makes the show the greatest on earth.

Peter Swanson writes show-burn psychological mysteries that are unlike any others from his home in New England. He’s a writer who knows how to get out of the way and let his characters tell their chilling stories. Before She Knew Him is Swanson’s latest stunning rendering. It was released in March 2020, and like most midlist books, fell smack-dab in the middle of William Morrow’s catalogue. I’d guess it sold well enough to everyone who has read way too late into the night any of Swanson’s other mysteries, and enough to keep Swanson at it and deserving of a hardcover print run.

The book follows Lloyd and Hen (Henrietta) Harding as they finally move into their dream house in a prideful subdivision of West Dartford, Mass. At a potluck block party toward the end of an unusually hot summer, the Hardings meet Matthew and Mira Dolamore, their immediate next-door neighbors. A dinner invitation is proffered by Mia, and on the obligatory tour of the house, Hen notices a trophy among other knickknacks on the mantel in Matthew’s home office. It was a figure of a fencer in mid-lunge on top of a silver pedestal inscribed with “JUNIOR OLYMPICS, THIRD PLACE ÉPÉE.” Hen, who takes casual but ongoing interest in unsolved crimes, knows immediately that the trophy belonged to Dustin Miller, a student from Sussex Hall who was murdered 2½ years ago. Matthew had then been and was still a teacher at Sussex Hall.

Before She Knew Him is not just a clever whodunit. Matthew has his own parallel story line, admiring himself over getting away with a number of “grudge” murders. And Hen has a history of bipolar disorder now under control with medication but with a stint in a psychiatric hospital and a criminal conviction of assault during her earlier and worst of times. Swanson has woven a very sophisticated case study of intimidation through discrimination of the mentally ill.

Mental illness – let’s call it cognitive variability – conceivably can enhance rather than distort the thinking and reasoning process, perhaps even presage events from scant clues. So when Hen describes her certainty that Matthew has murdered Dustin Miller and goes to the police and begins following Matthew, Lloyd becomes suspicious of a recurrence of Hen’s hyperactivity. Matthew, so cocksure of his tidy murdering never being discovered, knows Hen is on to him and goes to the police himself for a restraining order and with a complete history of Hen’s painting outside the lines. He then walks in on Hen, wanting to explain why he murders, because who, after all, would believe anything she would say.

Swanson has crafted a refined and enlightened tale of how establishment vilifies behavior and reasoning that doesn’t conform to naive and prejudicial expectations. This is a book that shouldn’t be missed, by a writer who should be a household name. And don’t forget to ask for your 15 percent “Murder Ink” discount at Maria’s Bookshop.