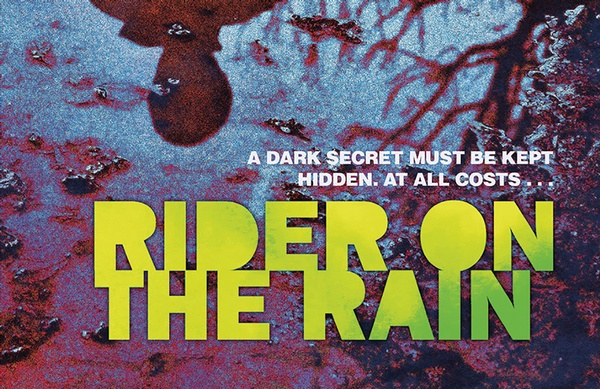 We’re going back in time for one of the great French writers seasoned during the 1950/60s zenith of European crime fiction. It was a time when critics and pundits conducted heated disputes over whether genre novelists were encroaching on literature or simply dumbing down rich tradition for cheap thrills on boring train rides.

Sébastien Japrisot was born as Jean-Baptiste Rossi in 1931 in Marseille to an Italian immigrant family. His father abandoned them when he was 6 years old and he was sent to study with the Jesuits at the Ecole de Provence and later at the Lycée Theirs. There, he began writing his first novel “Les Mal-Partis” (Awakening), about a restive 14-year-old boy in a Jesuit school and his passionate love affair with a 26-year-old nun. The book was published in France in 1950 when he was 19, despite the salacious subject matter, or maybe because of it. The book was then published in the U.K. in 1951, then in the U.S. in 1952, where it sold 800,000 copies.

Japrisot then struggled to keep up with debt by working translating works from English to French, including several Hopalong Cassidy westerns, works by J.D. Salinger and advertisements. He even wrote and directed two short films. Owing substantial back taxes, his friend who managed the “Crime Club” at the still frontline Denoël publisher offered Rossi a big advance to write another crime novel. Not sure of success, despite the backing from Denoël, Rossi changed his name to Sébastion Japrisot, an anagram of his real name, so he wouldn’t be tarnished if his earlier successes were flukes and his new books turned out to be mediocre.

Within a short time at Denoël, Japrisot wrote “The Sleeping Car Murders” and “Trap for Cinderella,” which was awarded the Grand Prix de Littérature Policière in 1963. Both books were adapted into successful films, as were most of his future books. In 1992, Japrisot wrote “Le Passenger del La Pluie,” which was later translated into English as “Rider on the Rain” and published in the U.K. in 1999. On Oct. 5, the book was released for the U.S. market by Gallic Books.

Once again, our book savvy and expert independent book publicist in New York, Meryl Zegarek, sent along “Trap for Cinderella,” “Rider on the Rain” and “The Sleeping Car Murders” for Murder Ink habitués – prescient as she is that we Murder Inkers are getting tired of publisher conglomerates offering up books of 500 pages mimicking each other.

I hadn’t the time to read “The Sleeping Car Murders,” which I will start once this review is filed, but I read the other two and strongly recommend you read “Rider on the Rain” first. It’s a tidy paperback of 152 respectful pages, and it’s a nail-biter just as the old-timers were able to achieve without the modern literary pyrotechnics.

Mellie Mau is visiting her mother, Juliette, as she often does, in the seaside resort of Le Cap-des-Pins, between Toulon and Saint-Tropez, now deserted for the season. It’s raining in this strip of a town of shuttered summer homes and tourist attractions paralleling a sandy beach battered by the angry Mediterranean. A notable event every day that parallels the striking of five o’clock in the early evening is a bus that stops across the road. This daily bus never has even a single passenger in winter when it stops at the bus stop in view of Juliette’s home, except today, a day Mellie is visiting.

As the bus moves away, it reveals a passenger she had not seen exit the bus, now standing in the rain as if turned to stone. “He is quite tall, with a shaven head, and seems uncertain, like someone arriving there for the first time. He is wearing a grey raincoat and carrying a red travel bag – one of those canvas overnight bags given away by airlines. Outside, the man hesitates, paying no attention to the raindrops running down his face. He looks at the sea. He even takes a few steps in the direction of the departed bus. And then, thinking better of it, he heads back toward the centre of the village.”

After saying her goodbyes to her mother, Mellie scurries to her blue Dodge Coronet station wagon. She drives slowly out of town down the long, deserted main street of Le Cap-des-Pins. Only a locals’ bar is open, and in front of this bar the man from the bus with his red bag is standing motionless in the rain on the pavement. Their eyes meet through Mellie’s rain-streaked side window, and in her rearview mirror she watches him begin to walk in the direction she’s headed. At the end of the road leaving the village, Mellie’s longtime best friend Nicole is seen in her lighted boutique. Mellie stops. She tries on a white dress with crystal buttons Nicole has been saving for her, and as she poses in the mirrors, the wet, menacing man from the bus with the red bag is outside leering through the window.

I’m out of space, and I want nothing more than to lead you through this exciting and nuanced story. So, after getting home, relaxing from a tense, rainy drive with a light supper, the man from the bus with the red bag is standing in front of her with one of her stockings pulled over his head. I’m not spoiling anything – we’re only on page 22 – by saying that Mellie is beaten and sexually assaulted.

After coming to and composing herself with brave resolve, Mellie hears a noise in the basement, takes one of her husband’s shotguns off the rack, loads two rounds of heavy buckshot, goes toward the faint noise she may be imagining in the cellar, sees the man from the bus, and shoots him dead.

Instead of calling the police, Mellie decides to load the carcass into her station wagon and throw it off a cliff into the sea. And that uncharacteristic decision is what makes this book very good.

One more thing that should pry $16 from your wallet. The day after the killing, a soft-spoken and very intuitive Harry Dobbs shows up to investigate the disappearance of a wanted escapee from a mental hospital for the criminally insane.

And apropos to the $16, don’t forget to ask Maria’s Bookshop for your 15% Murder Ink discount.