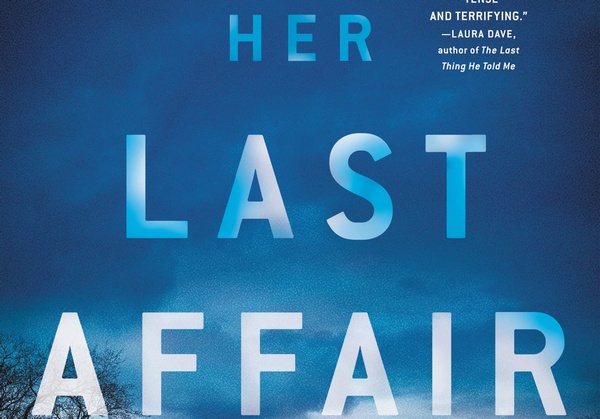 John Searles has slipped under my radar since his first novel in 2001, “Boy Still Missing,” and his second novel in 2004, “Strange But True,” and his 2013 novel, “Help for the Haunted.” And I’ve also missed his essays about books in The Washington Post and The New York Times (two papers I read faithfully every day). And because there has never been a television in my home, I’ve missed his book critiques on NBC’s “Today Show,” CBS’s “The Early Show,” “Live with Regis and Kelly” and his commentaries with Charlie Rose and on CNN.

Searles has been working the book racket since being awarded a writing scholarship at New York University and his first job at Redbook magazine reading fiction submissions and then Cosmopolitan magazine in various editing positions. He is a skilled writer and has a new book releasing this month titled “Her Last Affair.”

As Murder Ink readers know, I sift new crime fiction releases to bring the best of the good books and none of the undistinguished to your attention, resulting in a large stack of donations and a small pile of superb books for review. The first page is the gold standard as far as I’m concerned, then page 15, and if by page 50 I’ve lost the thread or the narrative is still preparing to bloom, it goes in the dead book pile and I’m on to the next audition. “Her Last Affair’’ got off to a good start with a wistful rumination by a lonely and a somewhat delusional Skyla Hull living in upstate New York who had yet or will never come to an emotional settlement with the accidental death of her husband. And, to make matter worse, she lives in the shadow of the giant screen of a drive-in movie they had run and watched for fifty years. Skyla has a cabin for rent adjacent to her identical cabin, and we leave her for a while just when she found an acceptable and handsome British Teddy Cornwell to rent her cabin and reignite her companionability.

Searles moves on to Linelle Dufort, about to turn 50 years old in Florida and recently fired from her job as an art teacher, bored with domesticity and now sharing salacious photos online with a man she had an affair with 20 years ago, Teddy Cornwell. She will leave her teenaged daughter and husband in his prized 1967 candy-apple-red Camaro convertible to find the Teddy she once worked with and had her first sexual experiences with as teenagers employed for a summer at Disneyland.

And we meet Jeremy Lichanel, first as a high school boy with nearly terminal acne and a worse case of dissociative disorder as a result, who serves as the linchpin tying together Skyla and Linelle and Teddy and Maureen. The narrative cleverly associates these four people, yet never finishes a clear picture of any of them. Their crazy associations are dreamlike and damaging to the point of casual, unremarkable murder.

Searles treats his readers as if they were seated around a dimly lit living room where he’s telling a fanciful suspense story. I found myself talking back in my heavily annotated margins: No, don’t take the keys; Careful, he’s not who you think he is; Jeez, this is not going to turn out well!

The book is engaging for all the wrong reasons. The plot is nicely fractured between leading characters, but we never really get to know these characters or places they occupy. Or, the reasons why anything happens or why we’re reading this dumb story. Some of the pundits enticed by publicity to write blurbs for the book reference Stephen King, speak of homage to film noir, equate the writing to the clarity of Carson McCullers… blah blah blah.

I read “Her Last Affair” by mistake, lured in by the first page, then the fifteenth and the fiftieth. I surely could have spent my time better, but wow it sure was fun.

And don’t forget to ask Maria’s Bookshop for your fifteen percent Murder Ink discount. Good luck with this one.