Meet the neighbors
Civility spirals out of control in Candlish's latest, 'Those People' 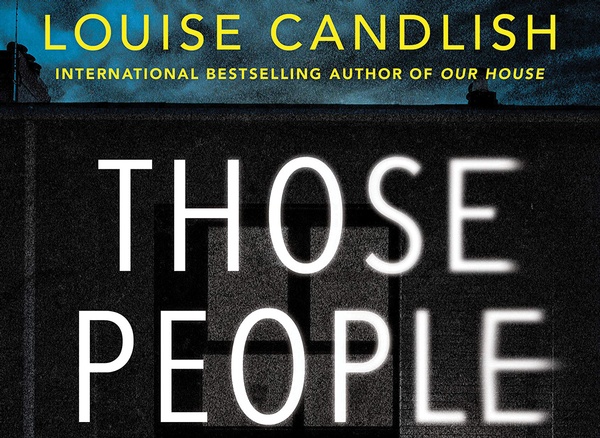 Great Britain’s celebrated crime fiction writer Louise Candlish specializes in claustrophobia. Not the fear of small places, but the fear of being trapped in your own mind with circumstances squeezing relentlessly until you’re going to explode or kill somebody.

We’ve all been there, or almost there, where one moment the conversation or circumstance is exuberant then in an instant intensifies to the point of being irrepressible. Outbursts of anger usually de-escalate the building pressure. But getting lost in the frisson or feeling trapped or overwhelmed by incomprehensible forces causes the little dendrites in the brain to blow fuses, and all bets on rationality are withdrawn. Candlish specializes in disassociation, and she’s skilled at drawing her readers into the unnerving fight-or-flight response.

Candlish began this obsession with her 2018 novel, Our House, which won the British Book Awards Crime & Thriller of the Year honor. A high-wire study in desperation, it was reviewed and foreseen to be a prize winner in the September 2018 “Murder Ink” column. Candlish hit the gong in this story of Fiona Lawson coming home to find strangers moving into her home. She’d been away for a few days in a co-parenting, bird’snest custody arrangement to provide stability for her two children who live in the family home while she and husband, Bram, trade weeks.

Events spiral out of control: the house is sold while Fiona is away; Bram and the kids are nowhere to be found; and bank accounts are empty. The dendrites start popping, and control of nearly everything is lost in one moment, drifting farther away with every hyperventilation.

In her latest book, Those People, Candlish dials it back a notch but adds more actors. This time the pressure is redlining over No. 1 Lowland Way, and the newly arrived homeowners, Darren and Jodie Booth.

Lowland Way is a tidy cul-de-sac with six or seven carefully curated detached and semi-detached homes in an upwardly mobile, middle-class subdivision in South London. Ralph and Naomi Morgan have lived in No. 7 for more than 15 years, and Ralph’s brother Finn and wife, Tess, have been living in the attached No. 5 for 12 years. Widow Sissy Watkins runs a genteel two-room B&B in lovely No. 2 across the street; Ant and Em Kendall remodeled No. 3, and so on up one side and down the other. Scads of kids, barbecues, grass trimming, ebullient waving. An “Urban Spaces Award” has been bestowed for clearing Lowland Way of parked cars and traffic every Sunday for “Play Out Sunday,” mainly a way to give children a taste of the kind of safe outdoor play older residents took for granted years ago.

Darren Booth gets to work right away on the old Victorian he inherits from his mother’s half-sister. It was the eyesore of Lowland Estates in general, and talk had been about tearing it down to increase the radius of the turn into Lowland Way. Darren and Jodie moved from a more common neighborhood, where Darren did auto repair from his rented tenement, played loud music while he worked and through the night as he and Jodie drank. And within a week on Lowland Way, there are seven or eight cars parked in a shared driveway and on both sides of the street, including a motorhome across in front of Ant and Em’s house. Darren tells Sissy when she crosses the street with a bunch of flowers from her garden and asks demurely about moving the fleet to “f*** off.”

So, you can see how this is going to go. Insults escalate. Sissy’s daughter-in-law gets killed by falling scaffolding while trying to mollify Darren. Everyone is plotting, everyone is feuding, wives are leaving, and the police are becoming bored with domestic complaints and construction accidents. The pressure is building, the sky is falling, and manslaughter is in the air.

What would you do if the quality of your life at every turn and level became unbearable from a single, despicable source? Don’t read Those People if you’re prone to hives. Or if you have something to do tomorrow morning. 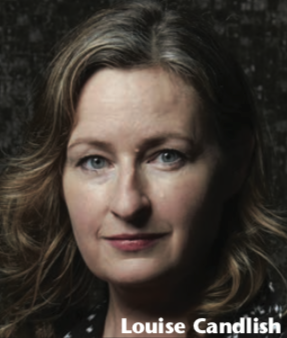