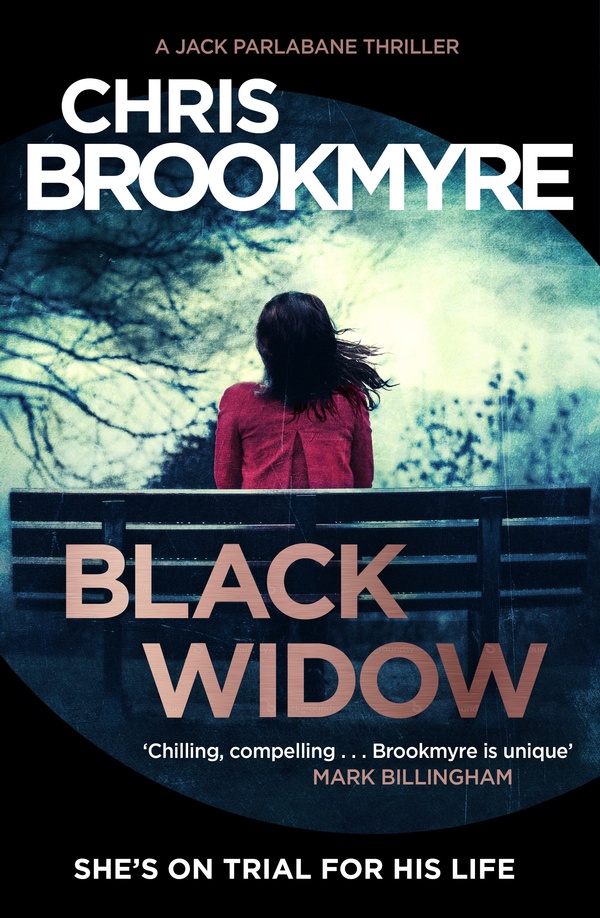 In awarding Scotland’s prestigious 2016 McIlvanney Prize for Crime Book of the Year to Christopher Brookmyre for Black Widow, the citation read: “Like watching Olympic diving – just when you think the plot can’t twist again, it takes a new turn. Even the twists have twists.”

In Black Widow, tension is punctuated by dozens of titled but unnumbered chapters. Maybe not chapters exactly, more like momentary stops on a long and circuitous journey, when you can take some time to review where you’ve been and regard where this irrepressible journey is taking you. This is the quintessential whodunit, with revealing and tantalizing hints at each story shift from present to past and from changing views of principal characters. Brookmyre is a master writer and highly skilled at creating suspense. Black Widow has now won the highest recognition in Scotland for crime fiction, and it will go on to be a nominee this month for an Edgar Award from the Mystery Writers of America. You won’t want to miss this book.

Black Widow is an unfortunate choice for a title; it’s too ordinary and pulpy for the literary quality of this book featuring the exploits of Diana Jager, a successful surgeon and indignant critic of sexism in medicine on her inflammatory blog. She’s known among her misogynous detractors as “Bladebitch,” and that would have been a much more apt book title. I suspect British publisher Little Brown and American counterpart Grove Atlantic anguished over this more-obvious title as being too unnerving for the fainthearted book buyer. It’s a pity because Diana is the Bladebitch and hasn’t much of a life outside the operating room and her provocative blog, until she does and gets married. Then, she gets tricked and used and humiliated, and stands accused of murdering her husband, Peter, when his car is found submerged in an icy mountain stream, albeit minus Peter.

The engine behind this mystery is the rogue journalist Jack Parlabane, sniffing out a top-of-the-fold society murder and encouraged by Peter’s sister Lucy to investigate. By this point, early in the book, Diana recedes to the background but looms over every facet of Parlabane’s investigation. She features prominently in the continuously flowing rumors throughout the hospital and newspaper headlines, like a missing person nobody dares to notice missing. Diana is a solitary, serious and unimpassioned woman who is angry about having her skills and very presence marginalized because of her gender. But soon after her introduction, she becomes more of a shadow as the investigation into Peter’s disappearance and probable drowning progresses. The police piece together scant evidence enough to jail Diana, who still has nothing to say except to Parlabane, whom she assures is the only one who can discover the truth about Peter.

Black Widow is so pregnant with first-person personality, constant conniving and emotional accretion that it’s not easy to wait for answers to questions created through mounting suspicions. It’s remarkable that Brookmyre could write a book with tension that drips so constantly toward an ending unexpected after all the many, many hints and reveals. Black Widow is pure excitement and bloodshot eyes.