Murder Ink: Down the rathole
'The Last Hack' a timely, riveting ride into the cyber crime underworld 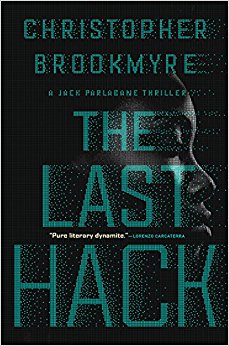 Both the Durango Telegraph and “Murder Ink” walk the high wire of cutting-edge relevancy and a genetic predisposition for joie de vivre. You get your daily dose of bad news from online purveyors, but you gain your purpose and place in life from the Tele- graph and intoxicate your innate villainy monthly through the cream of crime fiction books featured in “Murder Ink.” And beginning with this episode of “Mur- der Ink” in the Telegraph, Maria’s Bookshop has signed on to encourage thoughts of crime and mayhem (see break-out).

In today’s review, the alternative facts describing the new normal of your place in thefood chain and your search for joy on the new frontier come together. Everything you’ve said or heard besides the silent prayer for personal discovery pled in your Moleskine just before retiring is on dis- play and soon to be ran- somed if you’ve ever told a lie. Complicated, huh? We’re talking about hacking.

You’ve been hacked; you can bet the ranch on it.

Your online correspondence, web browsing, text messages and digital phone conversations have all been harvested and are just poised as evidence when the time is right to dispatch ICE, NSA, DHS and dozens of other federal intel- ligence/law enforcement agencies. You’re toast and on the cusp of being burnt to a crisp.

Brookmyre’s 19th big-screen novel and despite the ho-hum subject of computer hacking, who’d have known this tableau would appear just days after an international cyberat- tack crippled tens of thou- sands of machines worldwide? The latest attack was done using the same National Security Agency hacking tool, Eternal Blue, that was used in the “Wan- naCry” ransomware hack this past May. Both cyber- attacks shut down banks, hospitals, airlines, manufacturers, government agencies and who knows what else. And with these latest digital intrusions and ransom
demands, hacking all of a sudden bubbled up to be not so ho-hum. The Last Hack pulls back the curtain on a faceless band of marginalized young geeks. Unbeknownst to each other, they are working in league to ransom a tech company seeking public financing to launch a secret high-tech product from an inventor thought to be out of bright ideas, or dead.

“Buzzkill” is her handle, and Samantha Morpeth is a 19-year-old with a talent for the con and an untrusting mind nurtured in the London projects. Working shifts at Burger King, hiding a laptop tuned to the dark web under a floorboard in their Council house, she takes care of her Down’s syndrome younger sister Lilly, who brightens at her sight. Good, ole mum whiles away her time in jail after repeated drug and drunk busts. Dreams of university slither down the rathole as the “carer’s allowance” for Lilly dwindles thanks to her mother’s conviction and Sam’s sneaking in some college courses. Buzzkill and her unknown, online whiz-kids conspire to infiltrate a major bank, just for kicks and relief from the daily hustle of being underclass, smart and broke. It’s a big deal, a big disruption of banking: everyone lying low, no fingerprints for the frantic intelligence corps out en masse, and no talking or credit or respect or love. And then it goes bad. Real bad.

Brookmyre’s easy, long-distance stroke sweeps the reader into this invisible world of digital mayhem, and your eyes will dry out following along. For heavy lifting, he brings in his signature investigative journalist Jack Parlabane, who cajoles his way into blind al- leys and near misses. He’s a terrific character.

There are a couple of bloodless murders in high-security board rooms, and without spoiling the denouement, the bad guys win over the worse guys, and all the dead needed killing. It’s a goofy, wonderful, well-written story. 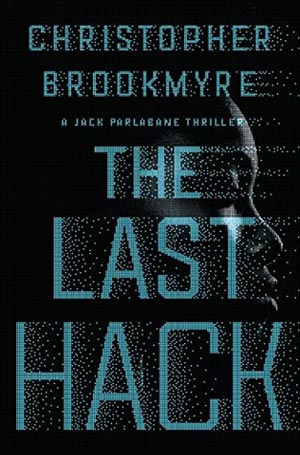 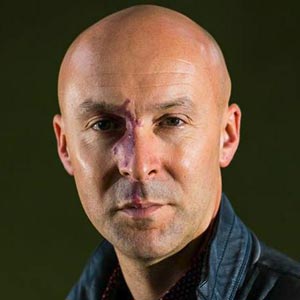 Ask for The Last Hack, or any “Murder Ink” book re- viewed in the Durango Telegraph, at Maria’s Bookshop and get a 15 percent discount.