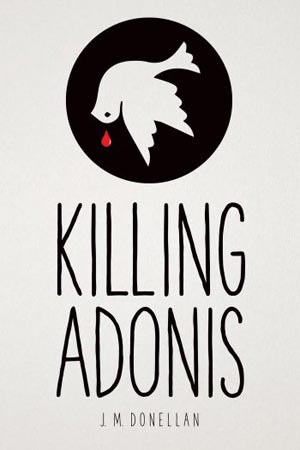 From a small, bumptious publisher out of the mainstream in Scottsdale, Ariz. – perhaps even thumbing their noses at the two-martini Manhattan lunch bunch – comes this year’s most mind-blowing and droll crime fiction book. Poisoned Pen Press will release Australian writer J.M. Donellan’s debut novel Killing Adonis on Dec. 16. Notwithstanding the radar-like gathering of hot new releases by Maria’s Bookshop’s Jeanne Costello, and our finely attuned public libraries, you’re probably going to have to order this book. I promise you won’t be disappointed if you do. 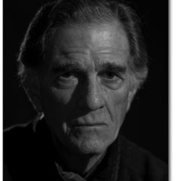 Killing Adonis is a story seen through the eyes of our irreverent, unreliable protagonist Freya Miller, a vodka swilling twentysomething wiseacre. Trained as a nurse, she is more ambitiously looking for a way to spend her time that’s rewarding in both the standard measure of wealth and primarily zanier than just plain working. Freya gets a tip from a party friend about a nursing job that boasts of “Light duties. Large pay. No questions asked or answered.’‘ In Freya’s state of ennui, possibilities abound.

She passes the quirky examination by Evelyn and Harland Vincetti at dinner at their unimaginably large, rococo mansion the night following her proffered résumé. Freya is on her best behavior, enabled by distant hints from a past interview or two. She gets the job and is immediately required to move in and attend to the Vincettis’s eldest son, Elijah, who lies in a coma amidst an armada of medical machinery. A handsome young man, Elijah, accompanied by no explanation of what put him in such a state, is visited daily by his fiancée, Rosaline. She also lives in the mansion and is preparing both baby-boy and -girl bedrooms for when Elijah wakes up.

Harland Vincetti is infamous, eccentric and obscenely wealthy, head of the Halycon Corporation. His holdings, investments and businesses all leave long trails of destruction and suspiciously deceased or disappeared competitors. Money may not buy happiness but it always buys stature, impunity and phalanxes of friends in high places. Freya is ensconced in a pernicious world she was born to hate and is driven to unmask in her poised and nearly polished way.

Freya is like a wasp in the cockpit of an elaborate, private jumbo jet: a quiet little thing until swatted at, bored or on a mission, and then capable of bringing down the insular world of the over-elevated. But until death comes from a thousand tiny stings, the ostentatious lives of the entitled Vincettis continue on their flagrant path with hilarious overindulgence.

First comes the birthday celebration of Elijah, who is dressed formally, trussed up in a wheelchair, and rolled out to the vast mansion lawn amid the applause and insipid birthday singing of hundreds of deplorably rich and famously phony friends. Next comes the marriage between the comatose Elijah and delusional Rosaline once the baby rooms are furnished and the bride is hearing her clock of conception turn to tinnitus.

In the meantime, Freya has discovered another Vincetti son, Robert, who hasn’t been out of the mansion in many years and, to Freya’s eyes, is nearly normal notwithstanding his agoraphobia. They become confidants, with great adventures in the mansion. A romantic collusion is soon formed to bring down Halycon Corporation, expose all the putative murders and foil the secret plans to merge Halycon with the global pharmaceutical company of Rosaline’s family.

OK, that’s enough. I can’t keep relating the outrageous circumstances making up this brilliant story. There is nothing not to like about Killing Adonis, even the page count at less than 300 is a delight (I’m getting mighty fed up with the trend of 500-page books).

Before leaving, and perhaps this should be in parenthesis because it deserves a review of its own, another debut novel offered by Poisoned Pen Press is The Coaster written by Erich Wurster. Crime fiction doesn’t have to be oppressive and noir to be suspenseful and exciting. Wurster makes it fun, as Donellan does with Killing Adonis. Pick up (order) both these books while you’re at Maria’s. I’m a book lender and I’m lending these only to my closest friends, and I’m asking them to sign a contract containing punitive damages if the books are not returned by a date specified.