Murder Ink: Hard to quit
The Long Drop by Denise Mina will keep finding its way back into your hands 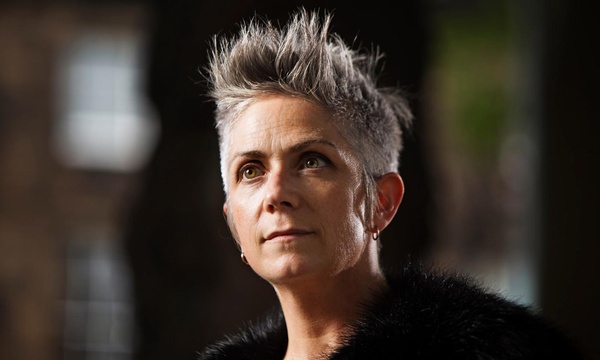 Glasgow is ranked 43rd for personal safety of the top 50 cities in the world not charted for gang, terrorist or police violence. But the rough-and-tumble Scottish city has another distinction: its own brand of obscure, dyed-in-the-wool crime fiction writers. Denise Mina, a writer of muscular, obtuse prose, is one in the long line of tradition.

It’s been called “Tartan Noir,” and noir had to have begun in Scotland before it was taken up in France, Germany and Iceland and then imitated in Italy, the U.S. and the rest of the world. Peter May, Ian Rankin, Val McDermid, Malcolm Mackay, Alexander McCall Smith and even Sir Arthur Conan Doyle were Scots. Mina, from an unhinged generation, ramps up Scottish noir from disquieting to disturbing. It’s puzzling but it’s beautifully mystifying, and isn’t that what crime fiction ought to be?

Mina has written 12 crime fiction novels, three of which have won prestigious awards in 1998, 2011 and 2012, including Theakston’s Old Peculiar Crime Novel of the Year. She writes comic books, including 13 issues of Hellblazer, and she’s seen two of her books filmed and broadcast by the BBC. And since 2006 she has had two plays performed that nobody liked.

To understand Mina’s fiction, it’s advisable to know something about her. She’s like nobody else and why her books sell is a mystery in itself.

That is, until you hate a few enough to figure out why once you begin reading one and abandon it for being way too dense, you are compelled to pick it back up, discard it again, pick it up again and once you finish it, save it as one of your favorites.

Mina was born in Glasgow in 1966. Her father was an engineer and the family moved 21 times in 18 years. She dropped out of school at the age of 16 after her Family’s lengthy tour of Europe arrived back where it had begun, and worked in nursing homes with
terminally and mentally ill patients. She returned to school, graduated from Glasgow University and went on to achieve a law degree. Engaged in writing her thesis foraPhDonthe ascription of mental illness to female criminal offenders and teaching criminology and criminal law at Strathclyde University in the 1990s, Mina decided to write her first novel, Garnethill. It was published in 1998 and won the John Creasy Dagger for Best First Crime Novel.

The Long Drop is Mina’s new offering from Little, Brown and Co., and like the other four or five Mina books I’ve read, I put it down, picked it back up and couldn’t believe I was reading it again. And, as always, I can’t get over how brilliant a writer and how utterly insane she is, and how perfectly insane I am for reading and cherishing her work.

The Long Drop is atmospheric if it is anything: you can smell the Glaswegian damp- ness on the wool coats of her disheveled characters. The redolence of beer and tobacco seeps from everyone’s skin, men are drunk and broke and dismissive of wives and children. Her stories are about the underworld, spelled G-l-a-s-g-o-w, where nobody expects but only endures.

Set in 1950s Glasgow, the book is based on real events of two men and a notorious murder trial. William Watt is a buffoonish businessman and drunk who is suspected of shooting to death his wife, daughter and sister-in-law as they lay sleeping while he was unnecessarily out of town. Peter Manuel is a convicted rapist and notorious grifter recently out of prison and freighted with a tale from within the walls of just who killed the Watt women. Mina switches between a macabre night of debauched drinking with egomaniacal Watt and psychopathic Manuel months before the trial, to the trial for the Watt murders.

The Long Drop is Mina at her most confoundedly wonderful. But a word of caution: beginners and those who hang on every word of David Baldacci, Michael Connelly and Jo Nesbo better stay away.

The Long Drop is available at Maria’s Bookshop. Mention “Murder Ink” and get 15 percent off.