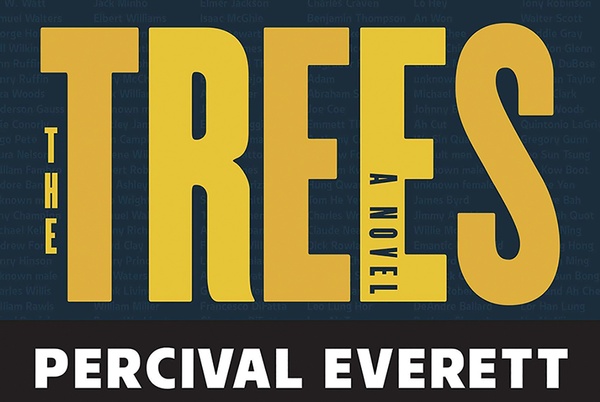 Percival Everett is one of the best known American writers you’ve never heard of, and his most recent novel, “The Trees,” joins an opus of short stories, poetry, children’s literature and essays.

In his spare time, Everett, 65, is a Distinguished Professor of English at the University of Southern California in Los Angeles. He hails from Georgia, received a Master of Arts from Brown University in Providence, R.I. and he’s Black, with a noble anger for tyrants, which he finds lurking behind every bespoke suit, autocrat, badge and loudmouth.

Moreover, Everett writes as automatically and gracefully as the soaring flight of a bird of prey. As Ralph Ellison, Richard Wright and James Baldwin before him, Everett carries on the mission of conscientious objection with dark humor and oblique but cutting criticism.

“The Trees” is allegorical. The setting is Money, Miss. in 2018, the site of the 1955 lynching of 14-year-old Emmett Till, who was accused of flirting with and touching a married white woman named Carolyn Bryant. Till was hanged three days later by a vigilante group whose henchmen, Roy Bryant and J.W. Milam, were acquitted. Bryant eventually recanted her story 50 years later, maybe – the truth is hard to come by in the South.

Now, in 2018, in Money, a series of unbelievable killings begins that evoke the Emmett Till lynching, with the gruesome murder and disfigurement of the two sons of Bryant and Milam. As is customary with Everett, there’s another shoe to drop – an additional murdered victim is a Black man who disappears from the morgue before the tetchy, inconvenienced Sheriff Red Jetty arrives.

When there’s another string of murders, and that same Black corpse is spotted on the scene and disappears again, the Mississippi Bureau of Investigation sends down two investigators from Hattiesburg, Jim Davis and Ed Morgan – both Black, unwelcome and far more talented than Sheriff Jetty and his halfwit deputies. And when there’s a fourth tortured murder scene, the FBI sends Special Agent Herbie Hind, a no-nonsense investigator who causes authorities in Money to go apoplectic – oh, and did I mention that Special Agent Herberta Hind is a Black woman?

Everett is a natural for a story about tragic, absurd and darkly humorous Southern racial prejudices, and he’s put the absurd murders in the language of the 1950s while not dressing the sets with costumes and old clichés. But references to Black people haven’t changed much, so be prepared for a lot of unwashed bigotry and Dixie ignorance.

Meanwhile, the murders keep on coming, now crossing the country to Elaine, Ark.; Longview, Texas; Omaha, Neb.; Bisbee, Ariz.; Tulsa, Okla. and as far as Chicago, keeping our clueless cast of investigators meeting in front of an empty whiteboard every day with pads of unused sticky notes.

The characters, too, keep on coming completely formed and flawed. There’s Mama Z, a 100-year-old sort of spiritualist who has a file on every lynching in Money going back even before her time, a waitress who appears and disappears and Doctor Reverend Cad Fondle, the coroner who hasn’t any training in death or crime that he didn’t learn from his daddy during his tenure as an officer of the local Ku Klux Klan.

“The Trees” is a book you should not miss. Everett is an iconic Black writer who was born perhaps a generation too late for Black literature to immortalize him at the level he indubitably deserves. He is, nonetheless, a writer of great distinction, and you, dear reader, will be remiss not to march down to Maria’s Bookshop to buy this $16 paperback and ask for your Murder Ink 15% discount.