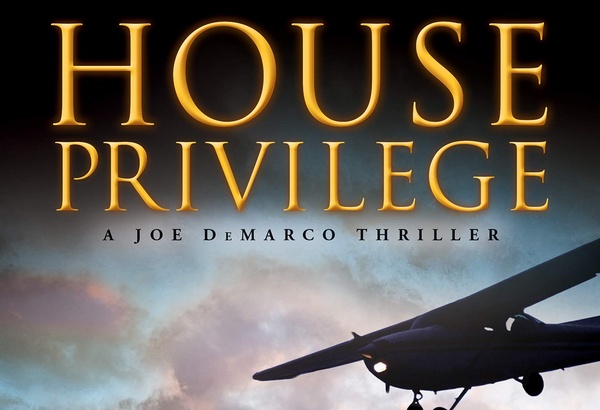 The publishing machine has been stricken as we all have been struck by the insidious pandemic that seems intent on culling the weak, vacuous, arrogant and acquisitive. Where I’ve been accustomed to seeing Johnny, my UPS driver, two or three times a week with advance reader copies of upcoming books, new releases have been postponed or reduced to digital editions only. The publicity departments of the major publishers have retreated to working from Southhampton and begging reviewers to download the few books that haven’t been shelved until the air clears.

We may have to go back in November or December to a few of the standards or back benchers that got edged out along the way, but I have a few new releases in the queue for the next two or three months from publishers smart enough to put review copies in critics’ hands early.

Again, I have more than one book to recommend this month to keep you at home and away from the droplets. Foremost is a book by a very talented Mike Lawson that absolutely needs your attention, despite the ghastly title of House Privilege and a disorienting cover of a small airplane seeming to be headed for a stand of trees. Lawson has 11 previous novels with “house” in the title, and while he’s been nominated at least once for the prestigious Edgar Award by the Mystery Writers of America, I’ll stick my chin out to say he’s not a household name because of the soppy titles he must have fought his publishers to maintain.

House Privilege is worthy of as many stars as the stargivers are giving this year. And you’d think the award-givers would – after 13 novels featuring Joe DeMarco, one of the genre’s most intrepid and endearing (very) private investigators – heap cheesy trophies and worthy praise on Lawson.

Lawson is a natural storyteller. He can craft believable characters and connivances that leave you breathless. House Privilege is a lesson in writing believable prose. Lawson makes it look easy, and that’s what fiction writers all hope they’re doing or aspire to do.

Fifteen-year-old Cassie Russell is the sole survivor of a crash of a single-engine plane piloted by her father. An experienced flyer en route from Boston to their vacation home on a flight path he could do with his eyes closed, he kills himself and Cassie’s mother. Leaving

Cassie orphaned with a broken arm and lots of money, Cassie’s godfather – here’s where Lawson’s hook is planted – the newly elected Speaker of the House John Mahoney, inconveniently becomes Cassie’s guardian. He also maybe not so inconveniently becomes the administrator of an obscenely large portfolio of investments, managed for years by a reputation attorney named Erin Kelly. We soon learn Erin is the niece of the infamous Boston racketeer, Mike Kelly.

Mahoney dispatches his “fixer,” Joe DeMarco, to pick up Cassie from the hospital, take her home to awaiting servants, and figure out what’s to be done with a responsibility he clearly doesn’t want or have time for. You can guess that trouble is lurking, but you will never guess what DeMarco discovers and the bait a wealthy teen-ager is to all kinds of carnivores. De-
Marco is respectable and calm, quickly stepping in for an egocentric politician to stumble upon a clever embezzlement scheme, clear up three murders and prevent two more. In the process, he outflanks federal marshals and international law, all while being the adult in the room for a very conflicted and troublesome teen.

And to further postpone being lured into hastily searching for your old life that can no longer be had, why not pick up another high-wire mystery with all the intrigue of chasing down corporate blackmailers. Clean Hands by Patrick Hoffman is about a powerful law firm headed for self-destruction after a contract for a dubious corporate client is stolen and a high-priced female “fixer” is engaged to make all the problems go away. It’s a great story, not without some holes that make Hoffman’s next book all the more anticipated.

Another Grove Atlantic imprint, it’s also another book deserving of multiple stars and industry attention for what’s seeming to be another natural writer. This one, notwithstanding, still working a day job as a private investigator in Brooklyn. You’re in on the possible making of another bright light in the crime fiction genre, and another 15 percent “Murder Ink” discount at Maria’s Bookshop.

Hey, think of all the money you’re saving by eating at home. Spring for two hardcovers, mix your own drink and have a better time going where these two talented writers will take you.