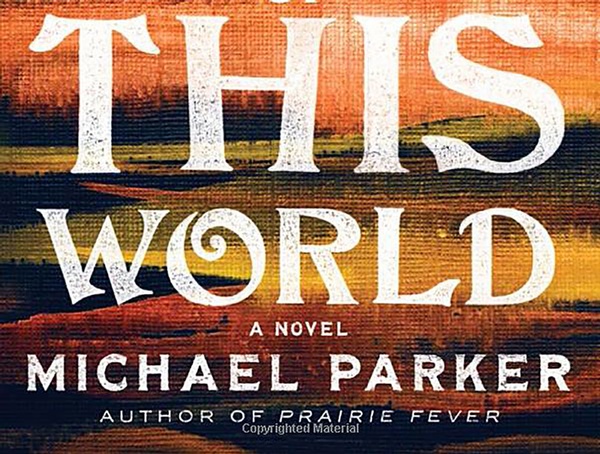 November brings us a slow-burn novel from a wordsmith who studied and taught writing for 30 years at the University of North Carolina, in Chapel Hill. Although Michael Parker has published seven novels and won prizes for his short fiction, and his nonfiction work has appeared in a prominent newspapers and magazines, he will probably stay in the publishing penumbra with “I Am the Light of This World.” The latest of his works, it is offered by Algonquin Books of Chapel Hill, which was founded in 1983 in a woodshed and is devoted to literary fiction from undiscovered Southern writers.

If that’s not a ticket to ride into the sunset of undiscovered good intentions, nothing is.

Yet there’s always that come-from-behind derby winner, the completed Hail Mary pass, a deaf symphony composer and walk-off home runs winning a World Series. And smart money might bet that Algonquin has a walk-off winner here with Parker’s “I Am the Light of This World,” despite or because of the clumsy title.

It’s fun being a wise guy when you know the subject of the impertinence is anything but undistinguished. And Parker’s new book, released Nov. 15 in cloth cover, is a book you will keep and lend and read again.

It’s a smoldering story of Earl Boudreaux, a withdrawn 17-year-old living with dysfunctional genetic relations in the East Texas town of Stovall in 1973. Earl has two older twin brothers, a no-account father who is only remembered for giving Earl a transistor radio and some lines from Louisiana blues music, and a mother surprised to see him living in the same trailer as she’s incessantly gushing on the phone at the bitter end of a snarled, curlicued cord with everything in its way. And, most essential in this impoverished world is Earl’s first love: Tina.

Earl is shy, fundamentally introverted, but blindly enthralled by Tina. And when she cozies up to him asking pretty please if he would drive her yonder to Austin so she could visit her dearly loved mother in a psychiatric hospital, Earl comes awake. He promises the ride and immediately borrows his cousin’s car with the assurance he’ll have it back in two days. He then says screw it to not having a driving license – who needs a license if you know how to drive anyway?

Earl and Tina leave the next day, and this story is now in open sea. And we know it’s going to have any number of consequences from funny (if naiveté is funny) or cliché, to unusual on a sliding scale to deadly.

I picture Parker writing strictly within the known fundamentals of constructing long fiction (he’s a professor of fiction writing in MBA programs), with hundreds of sticky notes of different colors in various clusters on a white board.

Parker knows how to put words down to set scenes and spew dialogue from nearly vivid characters. Part of the charm of this book is how it’s not drawn with sharp lines in clear air. Parker’s good, and he blurs ugly characters and unspeakable scenes behind a scrim gauze made of people you couldn’t find in a lineup, places not fully constructed. His dialogue is seasoned with jazz, blues and rock from the 1960 and ’70s: the Byrds, Blind Faith, Eric Clapton, Traffic, the Allman Brothers and Steve Miller. Earl paces his life in tune with this music and, bless his heart, Parker did his research to come up with dozens of influential, narcotizing recordings that stood more clearly in Earl’s – and the reader’s – mind than the people and circumstances described in this plot.

“I Am the Light of This World” is a woebegone story that just can’t catch a break. It’s bleak; Earl is bleak. But the music we imagine we hear drives the plot. It’s very clever.

You’ll have to order this book before release date – always a princely thing to do – and don’t forget to ask Maria’s Bookshop for the Murder Ink 15% discount.