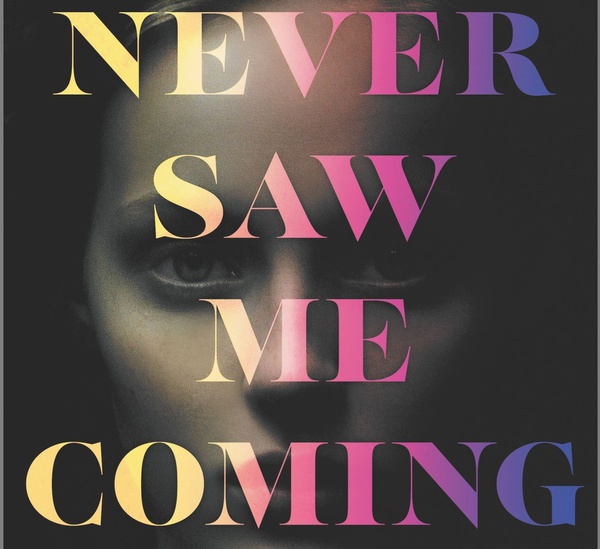 Before we get to the main event – a spectacular mystery debut by social psychologist Vera Kurian and published by Park Row Books of Canada – there is a rare offering by the eminent illustrated-book publisher Thames & Hudson that any unfeigned mystery reader should, if necessary, steal to own.

Murder Maps: Crime Scenes Revisited by crime historian Dr. Drew Gray is a compendium of historic maps, photographs, newspaper excerpts, court papers and police reports, as well as analysis of phrenology to fingerprints, from 1811-1911 of 100 notorious murder investigations. Organized in sections covering Europe, North America and Australia, Murder Maps is perhaps Gray’s magnum opus, or certainly a book so packed with illustrations and photographs and documentation that any inquisitive reader will dedicate a hundred nights to savor an absolutely fascinating documentary. A must-own book for all Murder Ink readers.

Signaling the end of a grueling summer of catastrophes, Kurian’s debut novel Never Saw Me Coming will be released Tues., Sept. 7 in cloth cover at 400 pages.

I know, books are an investment that could otherwise be spent on a restaurant lunch or a bottle of wine. And the extra cost of cloth-bound books bumps the equivalence up to a restaurant with cloth napkins and gin fizzes. But dropping $28 on lunch isn’t cheap, and mostly forgotten before you get home. But a good book – well, a good book is nonpareil nutriment that will keep your mind alive long after that lunch has clogged your arteries.

Kurian has a PhD in social psychology and works the field with an insatiable itch to write and a nagging jones for writing fiction, which she has had published in a number of magazines. A writer is born a writer, no matter what academia professes or what someone does to pay the rent. And Never Saw Me Coming will burnish Kurian’s belief in her talents, and we’ll expect to see more and even better from her.

Now, Chloe Sevre is an 18-year-old freshman at Adams College in Washington, D.C. She’s been given a full-ride scholarship along with six others in Dr. Leonard Wyman’s psychology program. All have been through rigorous interviewing, testing and background checks and are functional psychopaths.

We learn from Kurian that psychopaths are not always axe murders, although axe murders are always psychopaths. But fundamentally, psychopathic personality disorder presents as a lack of empathy and thoughtless detachment from others, often an ability to charm and influence others, a distinct lack of emotion or guilt or regard for others’ feelings. It can also include impulsive nonconformity, risk taking with little or no fear of consequences, inability to take responsibility for one’s actions, stress immunity, etc.

Kurian obviously has overarching knowledge of the psychopathic mind, and she’s cobbled together a fascinating chain of events around the day-to-day lives of these seven coeds in Wyman’s study group. Each are counseled separately, each wears a digital wristwatch where impromptu questions about current moods and activities are quizzed. And, each begins to exhibit deviant thinking and activities as disinhibition and social assertiveness prevail unchecked, a clear failing of Wyman’s scripted study and intended rehabilitation.

Chloe has accepted a place in the study because Bill Bachman is an upperclassman on campus and she plans on killing him for raping her when she was 12 years old and filming the assault.

Chloe pilots this narrative in the first person, with chapters in the third person voice of what Chloe is doing. It’s very clever how this story is told, and it’s probably churlish to say that it’s fascinating to learn and watch the nuances of the psychopathic mind as cruel and petty plotting takes place. Then, another and another of the study group are murdered for no apparent reason – too typical of the psychopathic disorder.

We learn that the wiring of the psychopathic mind takes some time to develop classic idiosyncrasies, but is present at birth. It can be channeled into precocious talents and pursuits, and Kurian carefully spoon feeds the reader to appreciate the inventiveness of the psychopath. Perhaps this book is a little too long, perhaps it’s over-edited and maybe it’s best to not string the reading along over weeks. Nonetheless, this is a fascinating story told by a competent writer who predictably will join the top echelon of young mystery writers occupying the best-selling lists.

And the foregoing of common restaurant wine to purchase this book will be doubled by a 15% Murder Ink discount at Maria’s Bookshop.