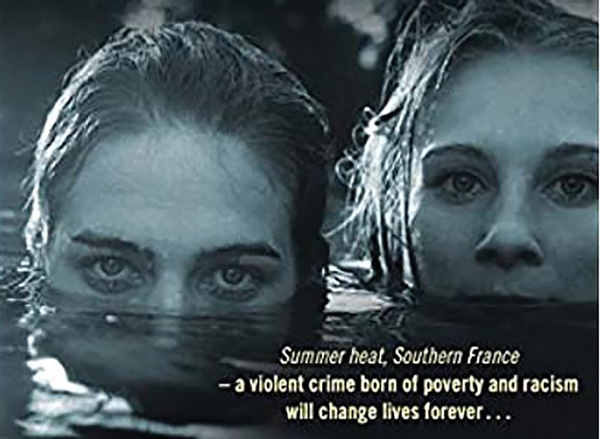 We have not one, but three books today to keep your “safer-at-home” order anything but boring or depressing. For readers, the order to stay at home has been a gift in the face of fear and an uncertain future. We can’t change what is, and we can’t predict where this is going or when life will get back to destroying civilization by other means. So, “Murder Ink” is in the essential business of transporting your thoughts to dangers far more ordered and unambiguous.

Summer of Reckoning by Marion Brunet, translated from French radiantly by Katherine Gregor and published by Bitter Lemon Press in London, is a stunning antiheroic noir account of a summer in the lives of two teen-age sisters. Each a year apart, they live in a village of laborers in service to wealthy vacationers of a famous and fashionable resort getaway. Ce?line is 16 on a rush to 21, while Jo is the younger, albeit more authentic and mature sister. Both are strictly and poorly parented by Manuel, grandson of Spanish immigrants, who hides in alcoholism the distain he has for his in-laws who provide the necessities he can’t earn as a construction laborer. Severine is the wife and mother whose adolescence was destroyed by one night of improvidence that brought a lifetime of Manuel and anger, along with Ce?line.

The beauty of Summer of Reckoning is the superb painting of the lives of this family and the brinksmanship of hardscrabble underclass teen-age girls influenced by the immoderation of the affluent.

During that summer of reckoning, Ce?line shows up pregnant and refuses to reveal the name of the father. Manuel immediately suspects Sai?d, a classmate and loyal friend of Jo’s from a respectable Arab family. One night Manuel and sidekick Patrick, furious with drink and racism and a lifetime of failures, waylay Sai?d to teach him a lesson he needn’t learn and won’t remember. Brunet calls it a story of “people at sea, on a boat punctured just above the waterline, never far from a shipwreck.” It is a dark, brightly written masterpiece of a reasonable 200 pages at the price of lunch you’re not having in town these days. Ask for your 15 percent “Murder Ink” discount at Maria’s Bookshop, & the cost goes down to the price of toilet paper you can’t buy anyway.

To ramp up the tempo and get down to pavement level in South Los Angeles, These Women by Ivy Pochoda, from the Ecco imprint of Harper-Collins, is brilliantly invasive of the streetwalkers life and a perfervid serial killer. Pochoda must have done a stint in a sanitarium after her bloody fingers typed the final words of this book – it is a piece of work! (And I don’t ever use exclamation marks). It’s a good bet that we’ve never been this close to women who peddle their bodies on the street to bonafide and dangerous creeps leering from car windows. That we’ve ever been so close to practically smell the lit cigarettes, hours-old cheap perfume or residuum male body odor. In These Women, we get that close to a half dozen lamppost Venuses, with gripes and scars and disfigurements, and strength and savvy and children they raise well, and hate for their fate.

These Women is a venture you shouldn’t miss. It’s mesmerizing, and Pochoda will likely add to her Strand Critics Award and advance once again in the Los Angeles Times Book Prize finals.

Last, but in no sense least, we have a high-five for The Last Hunt, by talented South African mystery writer Deon Meyer, released a month ago by Grove Atlantic.

The Last Hunt is an unfortunate title for this curious murder of one ex-cop, Johnson Johnson, who was seeing to the safety of an elderly Dutch tourist on a three-day luxury train ride from Cape Town to Pretoria. Meyer’s iconic South African Police Service’s elite detectives Benny Griessel & Vaughn Cupido are assigned the case. Already working on intel that the president of the country was being targeted for assassination in Paris the coming week, the two reluctantly take on the rail case at the same time. But the two cases coincide in an elegant treatment of luck & corruption.

Reading fiction from other countries in translation is an experience within an experience, and The Last Hunt, in addition to being a first-rate detective procedural with three-dimensional characters & taut suspense, brings us into the milieu of ancient tensions still bubbling up from the African continent. If you like a page burner, The Last Hunt is what you need to keep your social distancing parochial.