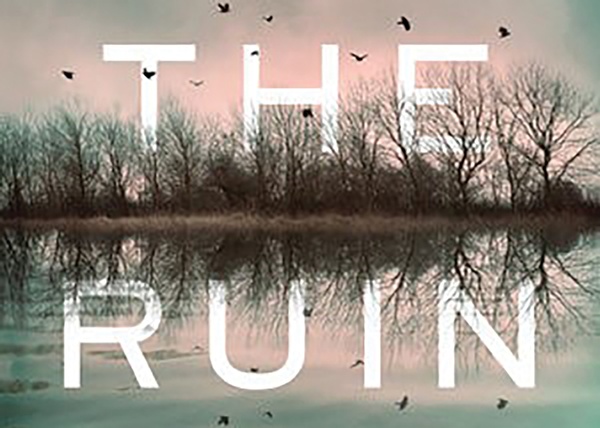 There’s nothing yelling to be heard in November crime fiction, and that gives me a chance to feature a few titles that should have been called to your attention these past few months but were eclipsed by other exceptional books. It’s always chancy for even the best of writers to come up with another book worthy of their reputation. Joe Ide, for instance, blew us all away with his debut IQ back in March 2017 but then did a face plant trying to keep with his next two hurry-up books, Righteous and Wrecked, the latter released a few
weeks ago.

First and absolutely deserving of praise from the most fastidious fiction reader is Penguin Books’ July 2018 debut from Irish novelist Dervla McTiernan, The Ruin. (In Gaelic, ru?in means something hidden.) McTiernan worked hard putting together this florid police procedural and intricate psychological mystery. If you read yourself to sleep, this is not the book for you. It asks for an alert reader with blocks of time to keep up with a deliciously complicated plot.

Jack Blake and Aisling Conroy are young adults living together and planning to marry. One morning, Aisling, a physician doing residency, comes home from night shift to Jack happily cooking breakfast. Their busy but mature relationship is about to be shaken with Aisling’s announcement that she’s pregnant. She’s planning on surgical residency, and this just doesn’t fit the shoe. Jack is gentle – accepting, encouraging, hopeful to Aisling’s disquiet. After a few hours’ sleep, Aisling is awakened by a knocking at the door and Jack’s absence. Two gardai (uniformed police) go through identification formalities and announce that Jack has taken his own life with a jump off O’Brien’s Bridge into the River Corrib. And now starts a most variegated, exciting investigation that spans 20 years. It brings home estranged sister Maude, from Australia, and introduces the inimitable Detective Sergeant Cormac Reilly. He was recently reassigned from Dublin to slower life in Galway, where he began his career as part of the investigation into the death of Jack and Maude’s alcoholic mother who had overdosed on heroin she wasn’t known to use. Nobody believes Jack committed suicide, nobody but the entire police force including Cormac for a short while.

That’s all you get from me. This is a $16 paperback minus a 15 percent “Murder Ink” discount at Maria’s Bookshop – cheaper than lunch anywhere but a drive-thru, and with far more nourishment and peer recognition.

Now a few backbenchers. The most outspoken is another charming pirate story from Penguin Books by Steve Goble, The Devil’s Wind, following up on his 2017 sleeper, The Bloody Black Flag, which I reviewed with great enthusiasm. This is a locked-room mystery on the great briney featuring the dastardly, well-intended, lovable Spider John Rush and his pegleg sidekick Odin and tagalong cabin boy Hobgoblin.

The ragtag trio has escaped and recovered from their most recent pirating exploits aboard Red Viper with Blackbeard. And now, after eight years of marauding in the Caribbean, Spider John is surprised to find himself alive and wants to go home to Emma and his son. He connives deckhand jobs for them on the frigate Redemption, headed to Boston from the South Seas in a convoy showing force to prowling pirates. This is a wonderful, refreshing and expertly written short paperback that might prove to be your favorite. (I won’t even chance lending my two Spider John mysteries).

Since I’m in the pirate mood, I’ll swashbuckle my way past the sticky fingers in the Telegraph editing offices and stealthily raise the flag for a new release from Bitter Lemon Press in London by the very talented Italian novelist Gianrico Carofiglio, The Cold Summer. This is a mobbed-up experience hanging out for a while with the hoods of Sicily. The Cold Summer is terrific in that oversauced Italian way. And with Carofiglio’s A Fine Line – reviewed in May 2016 and maybe a tad better intrigue – you have all you need to stow away until next month’s “Murder Ink.