Turning it up
Durango screamo band heads to the Ranch 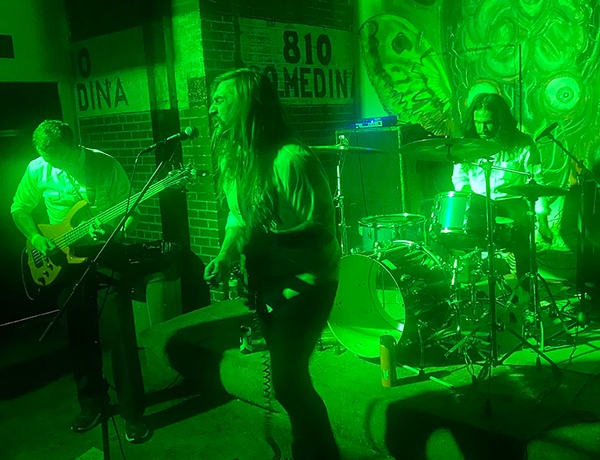 “The climate of Durango’s music scene is very dry, and unless it’s a punk or metal band, very dry,” said Sandro Zambrano-Villa, drummer for American Businessman, giving a sort of musical weather report on our town.

The reason for the lack of diversity in the music scene may be the result of a “hyper focus on one demographic,” Zambrano-Villa said. Perhaps, he said, it’s time for music lovers to create a new paradigm. Or, in American Businessman’s case, to hit the road.

The band has only played a handful of shows in and around town. “I didn’t think this music would be received well, and I’ve appreciated folks being open to it,” said Zambrano-Villa, reflecting fondly on Durango shows (For the unacquainted, “screamo” is a more aggressive subgenre of emo music, with, you know, a lot of screaming).

Tapping out local venues, American Businessman decided it was time for the band to expand its reach. Zambrano-Villa’s approach is simple: “Hit the ground running, record your own music, make connections and book a tour. It’s not as hard as you think.”

Simple, but not always easy. I’m grateful to know the gang from American Businessman; these are all caring, well-intentioned, talented people. Nick Black, who plays guitar, said this while considering the impact that music has on his life: “If I go without playing and pursuing music, I ask myself, ‘What am I doing with myself?’ I do it ’cause I gotta feel, otherwise I become stagnant.”

So the band packed it up and took a tour to Houston, San Antonio and Albuquerque. “Only way I know how to be in a band is on the road,” Black said. “If it’s not touring, what are we doing?” In fact, the desire to have a farther reach is present in most musicians, myself included. Playing in other communities is a way to become connected in the scene.

One of the connections for American Businessman came from playing a show at The Hive alongside touring bands Power Violence and Shitstormtrooper. “It’s a blast to see new faces in new places and be appreciated for playing,” Zambrano-Villa said.

Locals can get a chance to rock out to American Businessman on Sat., July 2, at El Rancho Tavern.

Zambrano-Villa leaves us with this: “The soil is ripe for sowing for those who love to turn it up!”