Lucinda unplugged
Queen of hard-hitting Americana on new album, finding love and that guy in the White House 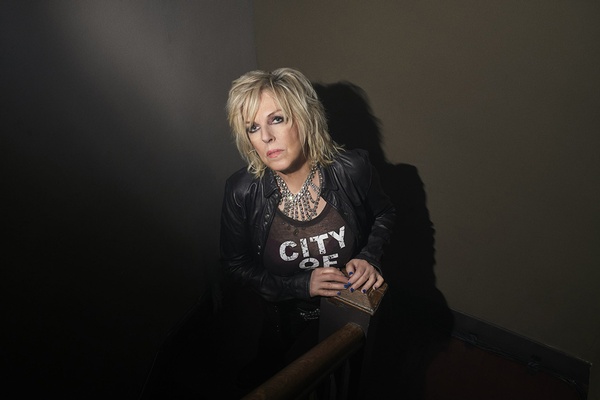 Don’t question the compassion of Lucinda Williams. Ever since her mid-teens, she spoke truth to power. She was booted out of high school in the late ’60s for refusing to recite the Pledge of Allegiance during home room. A child of the South, she embraced the sounds coming out of the Mississippi Delta and New Orleans as much as she did British Invasion bands like the Beatles, Rolling Stones and Cream.

Williams, the three-time Grammy-winning Americana singer/songwriter, will perform an intimate set from her living room as part of KSUT’s Virtual Pagosa Folk ‘N Bluegrass Festival at 7 p.m. Friday night. Tim O’Brien and his partner, Jan Fabricius, follow at 8. The concerts will be broadcast over the airwaves as well as Facebook Live. The event is free, but a virtual tip jar will allow listeners to support the local NPR affiliate and artists, who have lost a summer’s worth of touring revenue. (Full disclosure: I’m the virtual emcee of the event, meaning I might even have to wear a sport coat and – shudder the thought – pants.)

Williams just released the 14th album of her career, “Good Souls Better Angels,” on April 26. It’s her first overtly political record, although tunes like “Blessed” and “Soldier’s Song” pointed to a shift in her songwriting a decade ago.

“It’s right in your face,” she said of “Good Souls” in a phone call Tuesday afternoon. “It’s not going to please everybody, that’s for sure.”

Williams was spending the first few weeks of quarantine at her new Nashville home with her husband and manager, Tom Overby. A few weeks after moving in, their house was damaged by a tornado that ripped through Nashville, knocking down her backyard fence, wrecking her back porch and damaging the roof. Then, a week or two later, the COVID-19 pandemic meant sheltering at home – less than a month before the scheduled release of her record.

The extended break from touring allowed Williams to do more interviews than normal, since spring and summer concerts were being cancelled. And it gave her time to gauge fan reaction to “Good Souls” on social media.

“One of the things that happened was an article in the New York Times a couple of weeks ago,” she said.  Times columnist Frank Bruni’s piece, “Has Anyone Found Trump’s Soul? Anyone?” was in the same vein as Williams’ new single, “Man Without a Soul.”

“I saw that and it was like, wow, has he heard the song? What a coincidence. We thought it would be cool to post a link to the article on my fan page along with a link to the song. Sure enough, here come the comments.

But not everyone shared those sentiments. “One guy said, ‘I thought Lucinda Williams was a compassionate person, but this isn’t compassionate. She shouldn’t be writing a song like this.’ That one really got to me because it attacked my character. I’m one of the most4  compassionate people you’ll ever meet in life. I’m probably overly compassionate. I wrote these songs because I care.”

With titles like “Pray the Devil Back to Hell,” “Down Past the Bottom” and the follow-up single, “You Can’t Rule Me,” there’s no doubt who is Williams’ muse. “There’s been so much upheaval since the country was settled, really,” she said of America. “It’s reached a crescendo now with the guy who is in the White House. I really don’t even like to say his name.”

Angry words call for an edgy band, and Williams’ touring outfit, Buick 6, brings a gritty, greasy and raucous noise. The trio of guitarist Stuart Mathis, drummer Butch Norton and bassist Davis Sutton has backed Williams for more than a decade, providing an energy similar to what Crazy Horse did for Neil Young.

She has no concern that the group will be able to arrange the new material for a tour once large gatherings are allowed again. “I don’t think any of us really worry about that because we’ve been together so long and we’re so connected. We tracked those songs in about 14 days. We’d go in for a few days, leave and go out on the road, then come back in. No frills. Lay it down. This album was different in a lot of ways.”

Williams is notorious for being a perfectionist. Career-defining masterpieces like “Car Wheels on a Gravel Road” and “Sweet Old World” took years to record, mix and master, often being re-recorded with different producers and musicians until they met her satisfaction. That meant having hired guns like Bob Dylan’s axe-man, Charlie Sexton, try out one slide after another to get the right sound on his resonator guitar.

But “Good Souls” was an urgent album and recorded quickly and passionately. “We’re all really looking forward to getting back together and getting out there,” she said of a future tour. “I can’t wait to get out and do this stuff live. It’s very empowering.”

The road has certainly been long and winding for Williams, who dropped out of college after one semester to pursue a career as a songwriter in New Orleans. The daughter of a poet, Miller Williams (who spoke at Bill Clinton’s inauguration), she learned from the noted beat poets and authors of the time who dropped by her father’s house and assessed her lyrics and songwriting.

Williams recorded a pair of records in 1979 and ’80 – the collection of traditional covers called “Ramblin’” and its follow-up, “Happy Woman Blues,” which contained her originals. Trouble was, producers and record labels often disagreed with her direction and polished the finished product by adding instrumentation without her consent. They’re certainly fine records, “Happy Woman Blues” in particular, but just not quite what she envisioned.

For the better part of the next decade, Williams searched for a label to record her third album. It became an eight-year experiment that saw rejections by both major labels and indie imprints – she was too country for Bleecker Street and too folksy for Music Row. Finally, the English punk label, Rough Trade, took a chance on her. Critics gushed at the end result, which contained songs like “Passionate Kisses,” “Crescent City” and “Big Red Sun Blues,” which became standards for artists like Mary Chapin Carpenter, Emmylou Harris and Mollie O’Brien, respectively.

It also cemented Williams’ reputation as a hopeless romantic. “I’m an artist first and foremost, so I’m writing from the deepest parts of myself,” she said. “I get it on paper and then the next phase is to get it to the people and have it translate to everybody … and hope they get something out of it. That’s what art is. It’s self-expression.”

Unrequited love songs became Williams’ specialty. “Those kinds of songs for me are easier to write. And that’s mainly what I’ve been writing about. But it’s all about me-me-me,” she lamented. Once she found true love in Overby, whom she married onstage after a show in 2009, she really couldn’t write much more about love and loss.

“When I met my husband, who is my soulmate, I realized I’ve really got to branch out,” she said. “It was a real turning point. It was like a big dose of reality. I’m with someone now. I’m in a committed relationship. I’m going to be with this person for the rest of my life.

“It’s harder to write a really good topical song,” she said, preferring to call them topical instead of protest songs. “The topical songs that I grew up listening to were so good – like the songs Bob Dylan wrote. ‘Masters of War.’ ‘A Hard Rain’s A-Gonna Fall.’ Then later, Neil Young’s ‘Rockin’ in the Free World,’ which is one of the all-time best. My band and I do that song a lot of times at the end of the night and everybody has their fist in the air.

I asked if the backlash from conservative listeners is harder on female artists like the Dixie Chicks, Rosanne Cash or Mary Gauthier than it is on men like Dylan, Willie Nelson, Steve Earle or Jason Isbell, who are often heralded for their outlaw views.

“Women are supposed to be docile and shut up and sing,” she said, although she quickly pointed out male artists like Jesse Dayton, a Texas Gulf Coast native and outspoken redneck lefty who just so happens to be one of my own favorite guitarists and songwriters. Dayton has seen plenty of scolding on social media for his politics.

“People don’t want to hear the truth. They want everything to be sugarcoated,” she said. “I’ve always loved getting into the heat of an argument or a debate. It’s healthy.”

You’re a man without shame, without dignity and grace? Email me at chrisa@gobrainstorm.net. 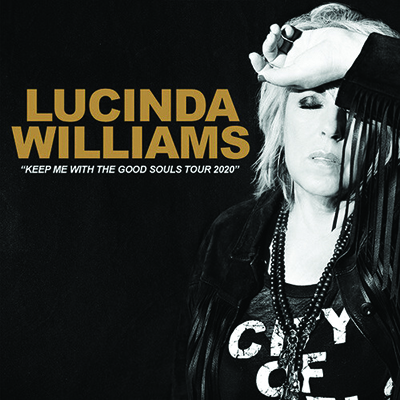