Nappyness, puffing the dragon and kings of their castles
Jason Isbell 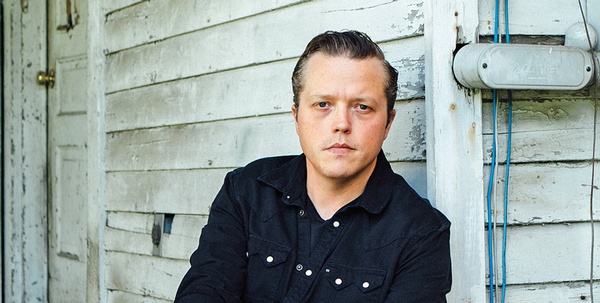 As the calendar flips and the fourth decade of my adulthood fades into oblivion, I’m taking time to reflect on what the past 10 years meant to me. The twenty-teens were tumul- tuous ones: the birth of two children; a life-or-death surgery to re- pair an aortic aneurism; deaths of grandparents, parents, siblings, children and friends; a career change I didn’t seek; and the inevitable realiza- tion that I can’t stand, dance, run, sit, sleep, drink or screw like I used to. Aging sucks.

I also realized that for seven of the 10 years, hope reigned supreme with Barack Obama in the White House. At the time of Obama’s 2012 reelection, it seemed that the Tea Party had reared its ugly head, took its inevitable beating and then sheltered underneath the rock it crawled out from under. I couldn’t have been more wrong. Enter Adolf Twitler and his angry mob of De- plorables, fueled by Russian cyber-at- tacks and the relative anonymity of social media. I now know what Leia and Luke must’ve felt like after defeating the Empire, only to have the First Order reappear out of nowhere.

The Resistance started hours after Mango Mussolini’s election. First, there
were pink pussy hats, followed by black Smoky Bear T-shirts. The singers and artists followed, unleashing their superpowers with some of the best protest anthems since the ‘60s. Remarkably, though, the on-stage banter has been less political in the Trump years than before. Artists like Pearl Jam and Neil Young, both of whom I saw onstage in Telluride the past four years, kept their preaching to a minimum. Their lyrics spoke for themselves.

Driving to and from work at KSUT the past few days, I heard plenty of NPR talking heads wax prophetically about their artists and albums of the decade. I started asking the same questions. What were my favorite concerts? Albums? Songs? My thoughts, as they often are, were scattered. Then, somewhere between the air- port and Oxford on Tuesday morning, I had an epiphany.

Jason Isbell is my Artist of the Decade. He defined the Ameri- cana musical movement of the 2010s, releasing four studio al- bums, some true solo efforts and others with his backing band, the 400 Unit. Three of these – “Southeastern,” “Something More than Free” and “The Nashville Sound” – were instant classics.

Isbell entered my world in 2001 when he joined Drive-By Truckers as their third singer/guitarist. A juggernaut like the Truckers was limiting to him, as Patterson Hood and Mike Cooley wrote the bulk of the material. Isbell’s two or three additions to each DBT album were highlights. Songs like “Outfit,” “Decoration Day,” “Danko/Manuel” and “Goddamn Lonely Love” were – and remain – staples of his live performance. While his time in DBT allowed him to hone his skills as a musician and songwriter, it also was self-destructive. Isbell rocked out on one side of the stage with a big bottle of Jack Daniels to swill in between songs, while his then-wife Shonna Tucker slapped the bass and chugged from an equally big bottle on the other side.

Shortly after leaving the band, he kicked his bad habits, found a burst of creativity that grows with each passing year and started a new family with singer/fiddler Amanda Shires. Whether he’s penning introspective songs about his personal triumphs and tragedies, or taking a scathing look at the current state of Ameri- can affairs, he’s the voice of his generation.

I also started thinking about who is the Local Artist of the Decade, and that was an even easier choice. Erik Nordstrom, through his work with Lawn Chair Kings and Farmington Hill, is at the forefront of the local music scene. No festival late-nigh pick is complete without him.

And no Friday afternoon gig is better than with The Nord and his Fender gui- tar twanging away. He’s part punk, part country crooner, part indie-rock guitar hero and part hippie bluegrasser. LCK un- derwent numerous personnel and stylis- tic changes the past decade, but always returned to its guitar-bass-drum garage rock roots. In his alt-country juggernaut, Farmington Hill, he’s found four band- mates with a similar DIY ethos. The Nord is the king of his own castle, even if that musical kingdom only extends from Do- lores to Pagosa Springs. And there ain’t nothin’ wrong with that.

Nappy Roots have been at the fore- front of alternative Southern rap since 1995, when they formed as students at Western Kentucky University. They’ve since earned critical praise, including a pair of Grammy nominations and an American Music Association nod in 2003. They continue to pursue “Life, liberty and the pursuit of Nappyness.”

They’ll take the stage at the Animas City Theatre at 9 p.m. Wednesday in a twin bill that also features Kind Dub.

The Motet gets funky at Club Red in Telluride’s Mountain Village at 9 p.m. Saturday. No band has been more versatile the past two-plus decades than the Denver-based septet fronted by founding mem- ber drummer Dave Watts. At the start, they were a jam band rooted in world music. Their poly-ethnic sound took a drum- heavy approach for a while in the early 2000s, then transformed into sushi bar jazz. Then, around 2010, they got funky, in the best mid-70s disco sense of the word. The last three albums – 2014’s “The Motet,” 2016’s “Totem” and last year’s “Death or Devotion” – took them to new heights. Locally, this meant moving from the Animas City Theatre to the Community Concert Hall and, ulti- mately, Buckley Park, where more than a thousand people boo- gied at last summer’s KSUT Party in the Park.

Peter, Paul & Mary were a thing back in the day. I can still re- member my first step-dad playing “Puff, The Magic Dragon” on his guitar and Mom spinning their vinyl records in our trailer atop Silt Mesa. The group’s creative mastermind, Peter Yarrow, plays the Sheridan Opera House in Telluride at 7 p.m. tonight (Thurs., Jan. 2), with a pre-concert book signing at 6.

The Sheridan gets a wee bit more contemporary when it hosts the electronic hydro funk experience known as SunSquabi at 9 p.m. Friday and Saturday.

We’ll take a cup of kindness yet? Email me at chrisa@gobrainstorm.net.