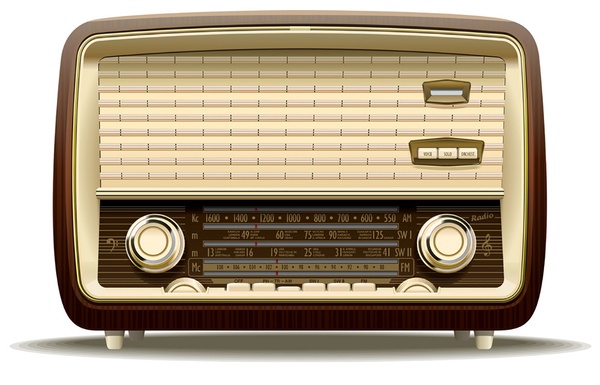 Social distancing is driving many of us stir crazy, especially after last week’s big dump. Not only do we crave physical interaction with each other, but we’re also an active community. Getting out to enjoy a few turns in fresh powder with a few buddies is one of the reasons many choose to live in a place like this.

For nonskiers like me (three knee surgeries in the ’80s and ’90s put a halt to downhill pursuits), the first few days of social isolation were spent doing yard chores, cutting up firewood and more. But last week’s snowfall put a big, white blanket over those activities. I’m stuck indoors.

Working from home is a welcome relief for me. KSUT, the radio station where I’ve worked since the summer of 2013, is operating with a skeleton staff right now. Starting last week, we limited ourselves to a maximum of three people in
the station at once: one Four Corners Public Radio DJ, one Tribal Radio DJ and one support staff to answer phone calls, collect mail and take care of administrative duties. Anyone who travelled recently was placed under quarantine; others, like me, chose self-imposed isolation for health concerns.

During the past two weeks, I limited myself to coming in on weekends to handle membership chores, process checks and credit card payments, and record my Wednesday night “Tales of the New West” program. We’ve also worked to move many of my duties to the cloud, allowing me to take care of my chores from the safety of home.

Radio is more important than ever right now. It provides up- to-the-minute local, state, national and international news – which during a pandemic, could mean life or death. But it also provides welcome and needed entertainment.

“You’re sick of your record collection, so listen to us,” KDUR Station Manager Bryant Liggett told me earlier this week.

Trust me, Liggett’s musical knowledge is extraordinary. I’ve been on his Snowdown music trivia team for nearly a decade. He’s well versed in everything from punk, alternative and alt-country to classical, jazz and show tunes.

Social distancing at KDUR, much like at KSUT, has drastically limited the number of on-air voices to a few. For the most part, Liggett and Program Director Jon Lynch are delivering the goods, alternating days Monday through Friday with weekends pre-recorded. They’re trying their best to replicate the musical flavor of individual radio shows previously hosted by 40 or 50 volunteer DJs. In many cases, the quarantined hosts are emailing playlists and audio tracks to Liggy and Lynch to download, engineer and assemble into a two-hour show. The only thing that changes is the voice in between sets.

To his credit, Lynch epitomizes college radio. He’s well-heeled in all things indie and alternative but also knowledgeable in other genres. The host of “Audience of One” now has   thousands of listeners every other day.

Starting this Wednesday, KSUT is employing a similar tactic.

Jim Belcher will arrive early each day for NPR’s “Morning Edition,” which airs from 6-9 a.m. Near the end of his shift, he’ll disinfect the control board and studio, ensuring the daytime DJ a safe and sanitized workspace.

His replacement – be it Stasia Lanier, Ken Brott, Rob Rawls or Ted Holteen – will assume controls for the Morning Blend (9 a.m. ‘til noon) and Afternoon Blend (2-4 p.m.). The midday news program, “Here & Now,” which is generated out of Boston, will be extended to two hours from noon ’til 2 p.m.

There will be a few exceptions to allow Executive Director Tami Graham and the aforementioned Belcher to pick up the occasional half-day Music Blend. For the time being, you’ll only hear me from 7-9 p.m. each Wednesday night for “Tales of the New West.”

“It’s tied to your community,” Liggett said of radio. “We’re delivering community information that could be important to you.”

The collaborative energy of public radio is at full strength.

KSUT and KDUR are currently exploring a local news segment to be broadcast on both stations, with a handful of generous donors stepping up to fund the effort. The show must go on in the radio world. But stations around the country have seen revenue streams dry up due to the pandemic. When one business shuts down, its employees lose income. When people lose income, they are forced to prioritize expenditures.

KSUT’s spring membership drive, held two weeks ago, raised about 50 percent of its goal. KSJD, Dryland Community Radio in Montezuma County had a similar experience with its spring drive. KDUR’s was scheduled for the first week of April but got postponed. All three stations are seeing underwriting revenue shrink.

The pandemic will run its course. When it does, we will rebuild the normalcy of our lives, perhaps with a new, more sustainable lifestyle. It’s tough to look for silver linings when people are dying and suffering. But to see Italian rivers and canals with cleaner water, Chinese skies with cleaner air and people thinking, “Hey, maybe I should plant a garden” gives pause for hope.

We’re reading again. We’re doing puzzles. We’re picking up instruments that have gathered dust in our closets. We’re delivering groceries to our neighbors. We’re putting aside political and religious differences to embrace concepts of humanity and community – even if done without handshakes and hugs.

Be well, Durango. Stay safe. We’ll see you on the other side.