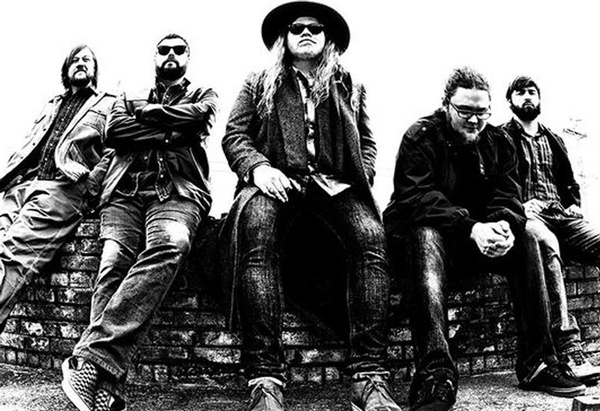 The Marcus King Band plays the ACT at 9 p.m. Wednesday.

Southern rock is a bit redundant. Rock & roll was born in the south. Rock & roll is the south. If you consider Memphis to be ground zero and draw concentric circles out every 50 miles, you’ll quickly capture the very essence of American music. The Million Dollar Quartet – Cash, Elvis, Carl and Jerry Lee – all hailed from the South, born in Kingsland, Ark.; Tupelo, Miss.; Tiptonville, Tenn.; and Ferriday, La.; respectively. American genres like blues, jazz, bluegrass, rockabilly and country all started there.

Some people associate Southern rock with the Confederate flag, which is short- sighted. Most of these bands embraced African-American music and culture long before their neighbors did. Just like sports, rock & roll integrated before much of the country.

So it was with great sadness Sunday when I read about the passing of Leon Russell at age 74. At one point in the early 1970s, Russell was one of the biggest names in music, rubbing elbows, recording and touring with the likes of the Rolling Stones, Bob Dylan, George Harrison, Ringo Starr, Elton John and B.B. King. Russell underwent surgery in 2010 to halt leaking brain fluid. He suffered a heart attack this past July and was scheduled for heart surgery. He died in his sleep.

Elvis Costello said Russell’s “rock and roll credits could fill up a big inscribed monolith,” which may have been an understatement. In addition to the aforementioned rock royalty, he worked with Ray Charles, Ike & Tina Turner, Frank Sinatra, Herb Alpert & the Tijuana Brass, the Beach Boys, New Grass Revival, Freddie King and his childhood bandmate, J.J. Cale. With Cale, he helped forge the “Tulsa Sound,” which mixed rockabilly, country, rock & roll and the blues. The two were in their early teens when they played shuffles that borrowed more from Bob Wills’ western swing than from Memphis rockabilly.

Russell was inducted into the Rock & Roll Hall of Fame in 2011, more than 50 years after beginning his professional music career at age 14. Elton John considers him his biggest influence as a pianist. Black Francis of the Pixies credits him as a major influence in his vocal style. His best-known tune, “A Song for You,” was recorded by such varied artists as Amy Winehouse, Whitney Houston, Peggy Lee, the Carpenters, Ray Charles and Willie Nelson. To say he’ll be missed is an understatement.

Through his blend of rock, country, blues, rockabilly, R&B, folk and bluegrass, Russell epitomized Southern rock ... a genre that’s certainly alive and well today. Durango fans will see one of the brightest, up-and-coming stars in Southern rock when the Marcus King Band comes to the Animas City Theatre at 9 p.m. Wednesday. Just 20 years old, King, who hails from South Carolina, is already revered for his singing, songwriting, guitar playing and arranging skills. His vocals recall a young Gregg Allman; his guitar playing pays homage to the long line of blues-influenced Southern boys like Duane Allman, Dickey Betts and Warren Haynes, the latter of whom produced King’s brand-new second album.

While King may be the namesake, frontman and driving force, the full band pumps out a powerful sound that quotes the best of Southern music. The sextet features a pair of horns, keyboards, drums, bass and King’s own guitar. The fat horns of Justin Johnson

(trumpet, trombone) and Dean Mitchell (saxophone) harken back to the classic Stax and Muscle Shoals sounds of the ’60s and ’70s. The funky rhythm duo of bassist Stephen Campbell and drummer Jack Ryan provide an Allmanesque drive. And keyboardist Matt Jennings adds a killer retro organ that brings a Booker T. & the MG’s vibe to the whole thing. This is the must-see concert in Durango this year, if not this decade. These guys are going to graduate to huge arenas in big cities soon. There’s no telling when they’ll out- grow tiny rooms like the ACT in small towns like ours.

An even bluesier affair is Eddie Turner & the Trouble Twins at 7:30 p.m. Saturday at Crash Music in the Aztec Theatre. Turner was schooled in trance blues during his decade or so as Otis Taylor’s lead guitarist. Now as frontman of his own outfit, Turner takes the blues in wild, spooky, even psychedelic directions.

The Lawn Chair Kings have morphed from garage rock to alternative country to bluegrassy Americana in their 17-year career. Quite simply, they’re the best bar band in town. They held the release party for their fourth record, “Virtually Acoustic,” last Saturday at the Ranch. The album was recorded in Erik Nordstrom’s scary basement a few years back. Ever since Patrick Dressen joined on drums and mandolin, they’ve mastered the subtleties of an acoustic set. Dressen is a four-decade veteran of the Durango bluegrass wars with such bands as the Badly Bent, Heart & Soul and, for you old-timers, the Marmot Mudflaps. Factor in ace-in-the-hole Hap Purcell on banjo and newcomer Alissa Wolf (fiddle, although the “Virtually Acoustic” recordings happened before she joined LCK), and you have the makings of a bluegrass tour de force. Anyone who has sat around or joined campground picks at Pagosa festivals in re- cent years knows that Nordstrom is an acoustic guitarist well- versed in classic bluegrass. And Dan Leek’s transition from electric bass to the doghouse has been remarkably seamless.

Highlights from the disc includes “Rock and Roll Feelin’ in My Heart,” “Big Day in the City” (which features Robin Davis on fiddle) and “Alien Abductee.” The latter has been in the group’s repertoire since the beginning, first appearing on a hard-to-find radio EP called “Suburban Rock Favorites” and remaining a popular request at their shows ever since.

In honor of the Marcus King Band, this week’s Top Shelf list hon- ors my favorite 12-pack of vintage Southern rock staples. No day is complete without listening to at least one of these acts:

My mammy went to a Led Zeppelin show? Email me at chrisa@gobrainstorm.net.