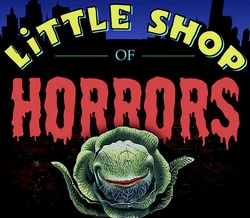 It may be one of Durango’s best-kept secrets (or maybe not so secret), but Durango High School’s Troupe 1096 puts on really, really amazing theater productions.

And we’re not just talking goofy, oh-there’s-my-kid kind of plays. As many Durangoans have discovered, Troupe 1096’s productions are an event not to be missed, whether you have kids on stage or not. Troupe 1096 has been led by a seasoned directors, including Mona Wood-Patterson and Kristin Winchester, and now Benjamin Mattson and Jenny Fits Reynolds. And with another school year upon us, the lineup for the upcoming season has just been released.

First up is “Anastasia,” based on the 1997 animated film (which was responsible for many a nightmare for my 9-year-old self). “Anastasia” tells the legend of the Grand Duchess Anastasia Romanov, the youngest daughter of Tsar Nicholas II, amid the turmoil of the Russian revolution. Anastasia’s entire family was killed by Bolsheviks in July 1918, but at the time, it was rumored she escaped the massacre. Don’t Google it. Go see the show first.

“Anastasia,” the play, tells the story several years later through an amnesiac orphan named Anya, who hopes to find a trace of her family. The play version of “Anastasia” first premiered in April 2017, and, well, seems pretty appropriate for the times. The show runs Oct. 28-Nov. 12.

Then, from Jan. 5-6, Troupe 1096 will put on “Underclassmen Showcase,” a collection of student-directed work that showcases freshmen and sophomore actors that also gives juniors and seniors the chance to produce and direct shows.

The next major production is “Peter Pan Goes Wrong,” in which actors and crew are part of a fictitious group called The Cornley Polytechnic Drama Society that tries to put on the actual play “Peter Pan.” Yet, as the name implies, everything goes awry. The show runs Feb.17-25, and with all the real Peter Pans in Durango, expect this show to sell out.

And, to close out the season, Troupe 1096 will host the classic “Little Shop of Horrors.” The story follows a florist shop worker who raises a plant that feeds on human blood and flesh. Or, as one critic for Collider put it, the play is “a cautionary tale about how the pursuit of monetary gain and social status can corrupt what’s most valuable in life.” Also fitting for the times.

You have a couple options for purchasing tickets, too. You can become a “Patron of Troupe 1096,” which gets you first pick at seating for every play throughout the year. It also gives you a bit of a discount, bringing the cost of a ticket from $15 to $12 a show. Or, you can buy individually. For more information, check out Troupe1096.Weebly.com.