The head of the San Juan National Forest has left the… forest?

In 2014, Kara Chadwick became Forest Supervisor for the San Juan National Forest, which encompasses 1.8 million acres in Southwest Colorado. Chadwick has worked in national resource management for the Forest Service in one capacity or another since graduating from the University of Montana in 1986.

Recently, however, Chadwick announced her plans to permanently move into a new position: deputy regional forester for the Pacific Southwest Region in California. Chadwick had been detailed and working the position for the past four months, with Dave Neely as the acting supervisor in the San Juans.

In an email to partners, Chadwick said she’d be returning to Durango to wrap up and transition from Oct. 3 - Nov. 11, with a new acting forest supervisor planned to arrive in November. She wrote that a vacancy announcement for the permanent position would be sent out in early October.

“I know many think I’m crazy to leave this area with so much going on – let alone move to California! But I ask, who wouldn’t want to live in wine country?” Chadwick wrote. “It’s no secret that I am making a great many people happy by vacating this coveted position. Agency-wide, folks have heard of the great work being accomplished … and they want to be a part of that.”

Within the SJNF, the position for Columbine District Ranger remains vacant, too. 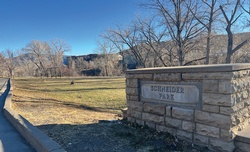